Don't let the Advent Vega's low price tag fool you, this 10.1-inch still packs quite a punch. Launched through UK retailer PC World back in November of 2010, the Vega was ahead of the curve with its 1GHz dual-core NVIDIA Tegra 2 processor. The zippy chipset is partnered with 512MB of RAM and a battery that can provide 6.5 hours of 1080p video playback via the tablet's HDMI output.

The Vega has an 0.3MP front-facing camera and microphone, but you won't get the benefit of built-in video-calling found in Android Honeycomb. This slate was released well before the launch of Google's tablet-specific version of Android. Still, third party apps should get you your fix of video chat, and thanks toa  built-in 3G SIM-card slot you don't have to worry about being tied down to a WiFi signal. The Advent Vega packs a big value. 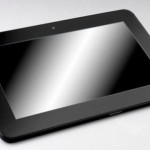 Though the Advent Vega ships with a version of Android better suited for mid-range handsets than any decent tablet, for its price you really can’t complain. Combine your thrifty nature with a bit of technical wherewithal and the Vega is easily up to speed with the big boys. After Honeycomb was first ported to the …

Another day, another Android. Dig into the leftovers below. The Serval Project is making strides to bring connected networks to areas where infrastructure doesn’t exist. Could be the future for emergency communications in the wild. The iPhone Top Chart app will make recent converts or fans of the Apple App Store happy. It uses Apple’s … 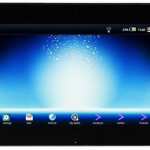 As Advent Vega Stock is Replenished, Manufacturer Commits to Android 2.3

Worried that the Advent Vega you just bought might soon be outdated? Don’t be! After being asked by many if it’ll get updated, they reassured everyone that Android 2.3 is certainly one of their priorities, but they’d like everyone who wants  one to actually get one first. So if you were one of the lucky …

Black Friday? Pssh. More like Tablet Friday. Today, some very interesting pieces of information have come out of Notion Ink’s new website thanks to the easter eggs they’ve been putting up. Firstly, a daily binary counter in the upper-right corner of the site has been counting down, and through countless man hours of scientific experiments … 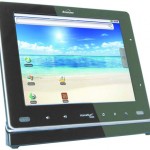 Tablet Tuesday kicks off with the Notion Ink Adam’s website going live, but much like the promotional video we saw released for the tablet yesterday, it doesn’t give us a whole lot about the device itself. It’s a good thing leaks were numerous and plenty on this thing because we already know a lot about …

The folks over at Engadget have divulged, via Electricpig, that the Advent Vega shan’t launch with the Android Market. Instead its app fix will have to come from from the Archos AppsLib store, and its 5,000 apps, for the time being. Advent product manager was quoted as saying “The plan is that when you get … 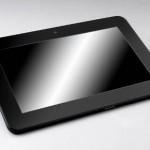 The Parent Company of PC World is launching a pair of Android Tablets called the Advent Vega and Advent Amico exclusively in the UK. The company – Dixon Retail – sees tablets as a hot holiday gift and obviously they want in on the affordable end, offering the Vega for £249.99 and the Amico for …
See All