The Acer Iconia Tab A500 is one of Acer's first Android 3.0+ tablets. It's a 10.1 inch device that has a lot of the same specs that current generation tablets have - NVIDIA's dual-core Tegra 2 processor, dual cameras, 1GB of RAM, a 1280x800 display, 16GB of internal storage and more. This model is WiFi only, which is the only thing differentiating itself from the A501.

Reviewers praised the device for being a solid outing at an affordable price point, but as with most first-gen tablets, cited a lack of incentive to go with Acer instead of their better-priced competitors. The A500 was made available April 26th, 2011. 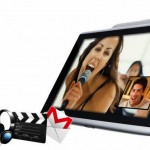 If you are a Acer Iconia Tab A500 or A501 user, you might want to download/update this app. As the rep from the manufacturer explains in the video below, the app will notify you when the Ice Cream Sandwich upgrade is available for you. [via PocketNow] 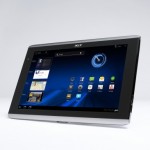 Yesterday, we told you guys about Acer Iconia Tab A100 tablets receiving their Android 4.0 update a little early, and now, it looks like the 10-inch version is joining in on the fun as well. Acer Iconia Tab A500 users have been reporting that Ice Cream Sandwich has come early for their devices.Officially, Android 4.0.3 …

Acer Iconia Tab A510 now available, Ice Cream Sandwich incoming for A500 and A100

The Acer Iconia Tab A510 is now available for purchase at $449.99. The Tegra 3 slate went up for pre-order back in March and can now be found at a variety of retailers including Amazon or direct from Acer. The A510 is a 10.1-inch tablet with 1GB of RAM to go along with its 1.3GHz … 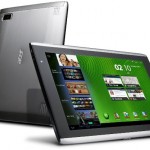 Those of you waiting for the official upgrade to Android 4.0 for both the Acer Iconia Tab A100 and Acer Iconia Tab A500 can cut the wait short with a little preview of what’s to come. Official builds have been leaked on XDA, and although there doesn’t appear to be any major issues, it’s worthy … 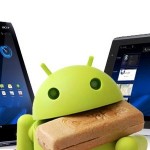 We have to admit Acer is keeping up with updates much better then we would have predicted, last year. The Acer Iconia Tab A200 has already started receiving its Android 4.0 update last Sunday. If you happen to own one of the other Acer tablets, though, you will have to wait just a bit more. … 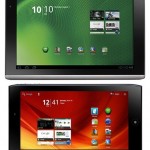 Acer America Confirms Android 4.0 Coming To Iconia Tab A500 and A100 This April

Yesterday, we let you guys know that the Acer Iconia Tab A500 would officially be receiving its Android 4.0 update sometime in April. The only problem was, that word came from Acer’s New Zealand division, leaving many A500 owners in the states (and other regions) wondering if they would receive the same treatment during that …

Acer Iconia Tab A500 Receiving Android 3.2 Update Ahead of Schedule

Earlier this month Acer announced that the Android 3.2 update for their Iconia Tab A500 would be delayed until August 25th. A couple days shy of the expected rollout, news is spreading that the update is already making its way to some A500 and A501 tablets in Poland. With the update, the Iconia Tab joins … 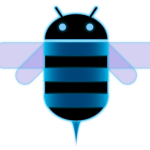 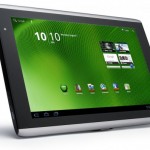 Judging from our inbox, a ton of you in various regions, including here in the United States, are beginning to see Android 3.1 rolled out for the Acer Iconia Tab A500. Resizable widgets, Android Open Accessory support, and more are all yours with this update. Settings > About  Tablet > Check for Updates should get …

Oh, China – we love you guys. You leak and leak and leak, and we eat it up as if it’s the nectar of gods. The latest comes for the Acer Iconia Tab A500, the company’s 10.1 inch Honeycomb tablet. We’d heard this update would be coming as early as July 5th for folks in …
See All