With Samsung Unpacked 2023 drawing nearer, we’ve gotten a ton of leaks and rumors as to what we can expect with the company’s Galaxy S23 Ultra, the successor to last year’s S22 Ultra, which finally combined the Galaxy S and Note lines into one single device. So for this one, we’ll take a look at what we can expect from Samsung’s upcoming (non-foldable) flagship device, and talk about some of the features that we might see once it finally makes its debut, and how it compares to its predecessor.

Now it should be said that at this point nothing is final until Samsung says so, and as a disclaimer we might still see some changes on the actual retail unit itself. With that being said, what can we expect from the Samsung Galaxy S23 Ultra? Let’s take a look.

It’s no secret that Samsung has been showing off its latest 200-megapixel ISOCELL HP2 camera, and if the predictions are correct, it’s very likely that we’ll see it inside the S23 Ultra, given that the promotional timing for the HP2 falls very close to the launch of the S23 Ultra. 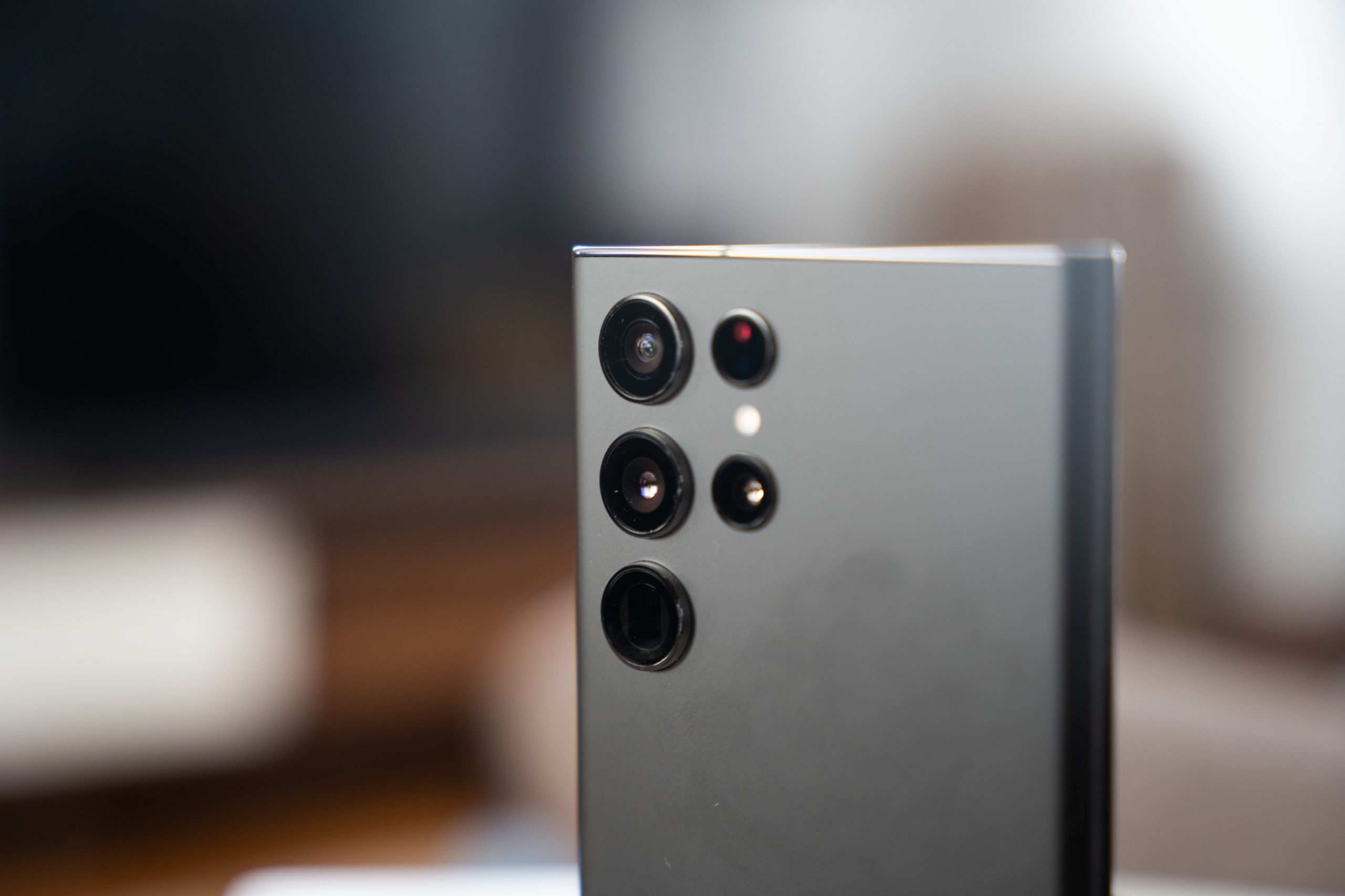 If you want to get a bit more technical, the HP2 features a 1/1.3-inch sensor that is typically found in most 108 MP cameras in a lot of smartphones. Samsung has also managed to cram 200 million 0.6 micrometer pixels into the sensor, meaning that they have doubled the number of pixels while retaining the size.

This also means that if the HP2 is indeed inside the new smartphone, S23 Ultra users will benefit from features such as 8K resolution video-recording, better low-light photography, as well as reduced shutter lag, for example. This also makes it nearly twice the resolution of the main camera on the S22 Ultra, which comes in at 108 megapixels. As for the ultrawide and telephoto lenses, it’s rumored that the phone might stick to the same specs as from last year.

Of course, we still have to wait for whatever upgrades Samsung announces in terms of computational photography, as software optimization plays a major role when it comes to smartphone camera performance.

Of course, the Galaxy S23 wouldn’t be a fully-fledged hardware upgrade if it didn’t come with improvements to its overall performance and usability. A statement from TM Roh, President of Samsung Electronics promises big upgrades for this year’s premiere Samsung handset:

“At the top of the Galaxy S series is our Galaxy S Ultra. It’s the product you can trust to give you the best of the best with redefined performance and quality. We fully merged the most beloved Galaxy Note experiences into Ultra, pioneering a smartphone with the power, performance, and creative capabilities of two leading Galaxy innovations in one. The Galaxy S Ultra has truly become the pinnacle of Samsung Mobile’s innovation, a marque that stands out against everything else, and soon we’ll show you what Ultra can do in even more device categories.”

Big promises aside, it does seem that Samsung is working on delivering massive performance upgrades, and it’s pretty much expected at this point that we’ll see Qualcomm’s latest Snapdragon 8 Gen 2 chipset inside the S23 Ultra. We’ve also seen some benchmarks online pertaining to the S23 Ultra’s performance, which were achieved using Geekbench. 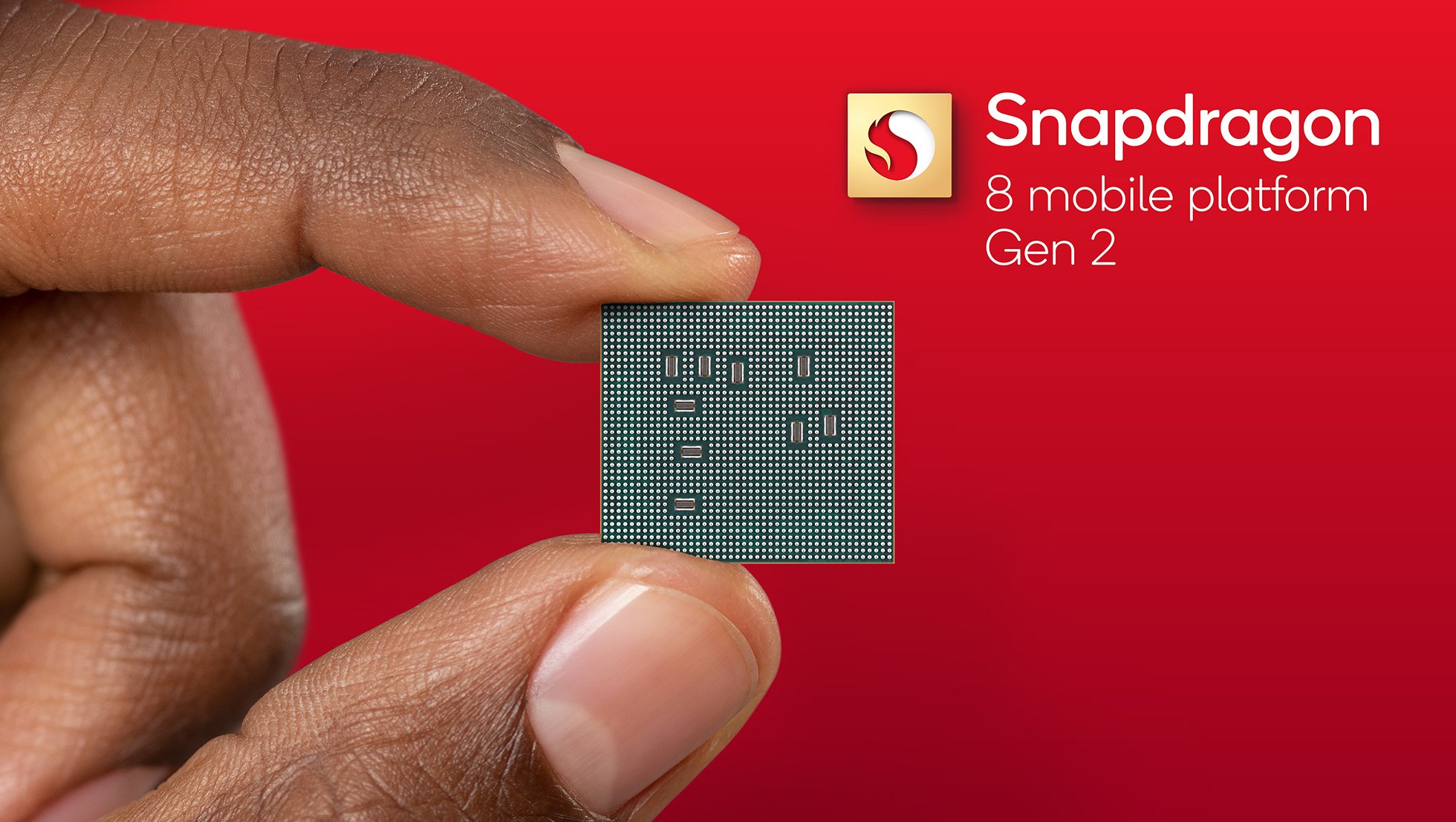 In terms of design, it’s very much expected that the S23 Ultra will come with a very similar look to its predecessor, featuring the same rectangular design, and even the same styling for the camera bump, so it looks like we’re getting separate camera bumps again for 2023.

It’s also interesting to note that this same camera design will make its way to other 2023 Samsung phones like the base model S23, and the Galaxy A54. While external design is mostly a subjective matter, some users might appreciate the fact that Samsung is going for uniformity this time around. But for fans who’d rather prefer a different look for the S23 Ultra, it looks like Samsung is unfortunately playing it safe this year – so far there have been reports of four different color variants, which include white, pink, green, and black. 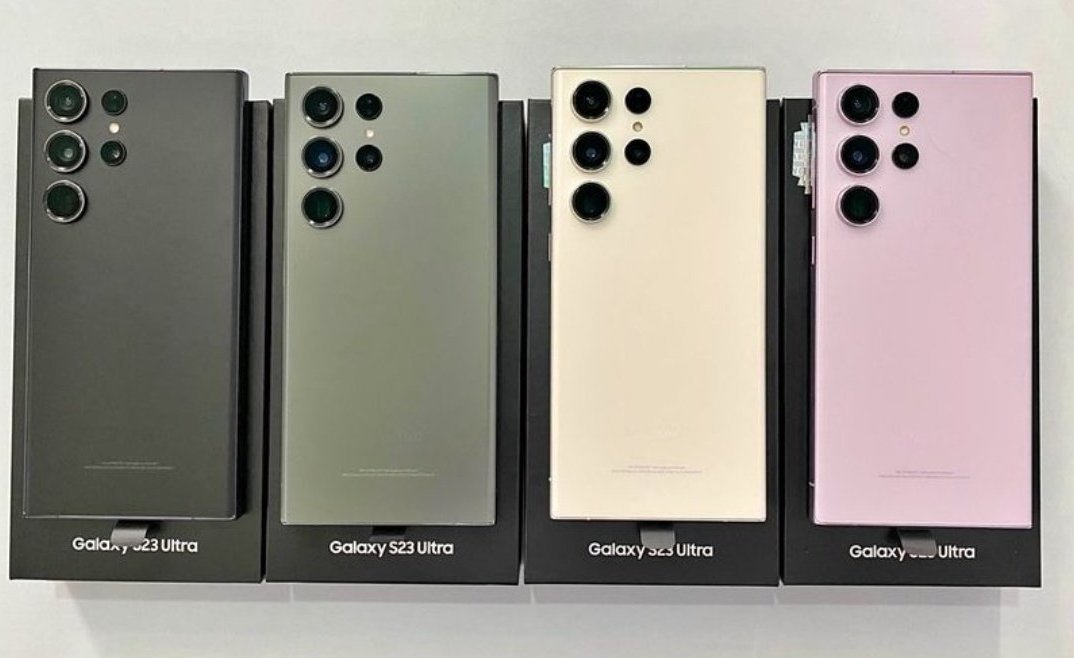 Aside from its design, we’ve also gotten a set of leaks which give away the hardware on the S23 Ultra. The phone is expected to come with a 6.8-inch dynamic OLED display with a layer of Gorilla Glass Victus 2, making it one of the first phones to feature the latest version of Corning’s widely-used tempered glass products.

Other specs include a choice between 8 and 12GB of RAM, a 5,000 mAh battery with support for 45W fast-charging, as well as Android 13 with One UI 5.1, while connectivity features include Bluetooth 5.3, Wi-Fi 6E, and NFC, to name a few.

Now with all that said, we have to stress that at this point, this is mostly third-party information found online, so we’d suggest keeping some reservations as to the authenticity of reports like these. But given the accuracy of most leaks nowadays, it wouldn’t be too surprising if a majority of these turn out to be spot-on.

One thing that we can be sure of is the launch date for the device – Samsung’s Unpacked event is scheduled to go live on February 1st, which will no doubt feature the entire S23 line-up. One cool thing however is that Samsung fans can already sign up to pre-order the S23 Ultra, with 100 dollars in Samsung credit, as well as a pre-order offer.

As for the phone itself, we think it’s safe to say that based on specs alone, the S23 Ultra looks like a definite upgrade from its predecessor, despite the very similar design. On the other hand, until we have actual performance reviews of the device, we’ll still have to wait a bit more for the S23 Ultra’s arrival, but for now we have a pretty clear picture of what to expect.