Insta360 Link: The Best 4K Webcam on the Market?

This is probably the most impressive webcam that we’ve seen in a while. Actually, “impressive” is an understatement – this is Insta360’s Link, an AI-powered webcam with 4K capabilities, AI tracking, and a set of other great features. It’s certainly something out of the ordinary, but is it worth the price tag? Let’s take a look.

Insta360 is known for making powerful and impressive action cameras, and they brought some of their technology with the link which comes with a nice set of features including 4k video, a powerful sensor, AI face tracking, rapid focus, whiteboard recognition, gesture controls, noise-canceling mics, and privacy mode. The camera comes in simple packaging, and in addition to the Insta360 link, you get a USB-C cable, a USB-C to A adapter, some recognition markers, and some paperwork. 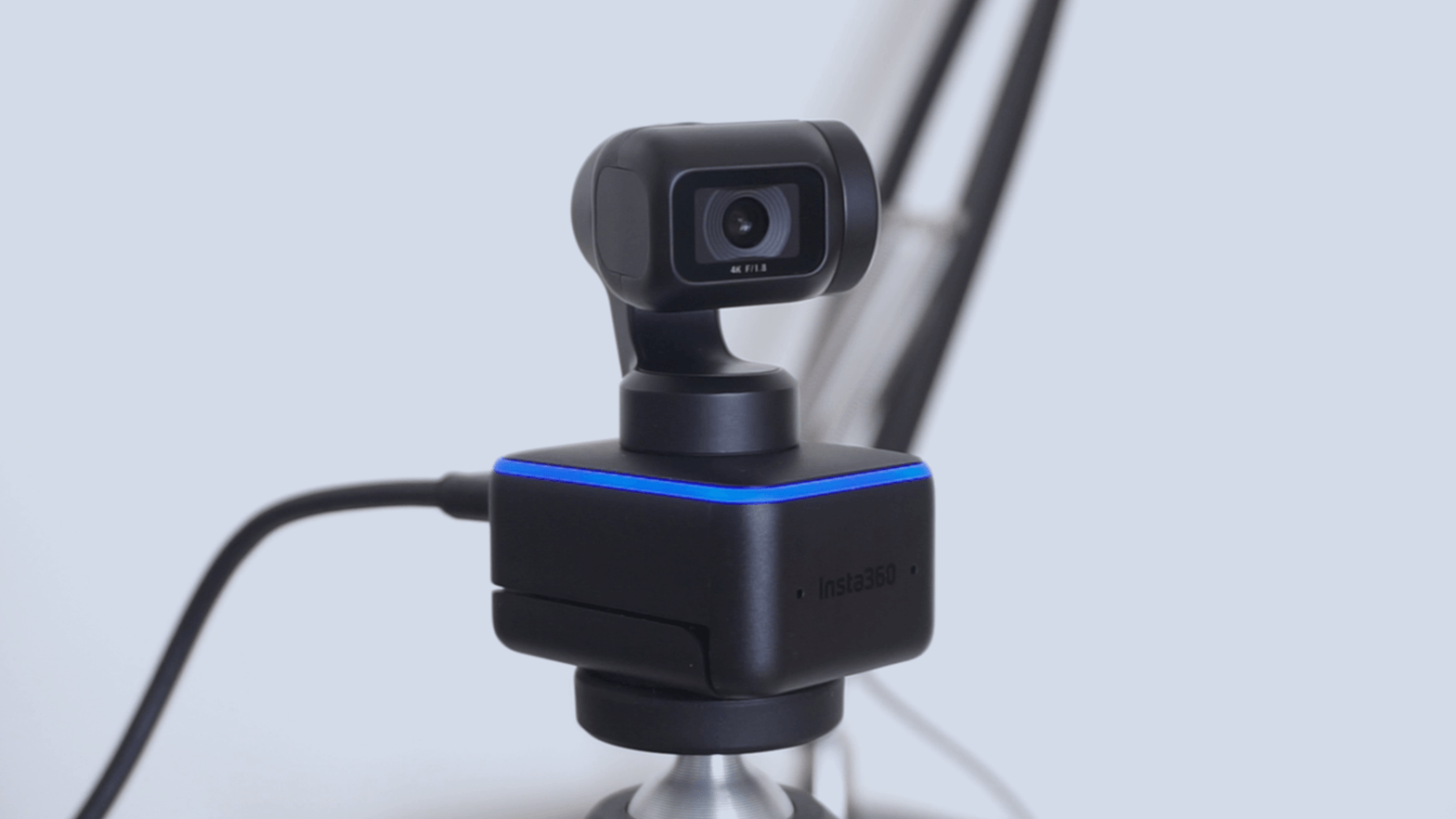 The camera itself is really small, but its build quality does feel nice and substantial, with enough weight so it doesn’t feel cheap unlike other webcams out there. One impressive design aspect is that the camera is able to swivel around thanks to a built-in gimbal, so it can follow subjects around during filming.

As mentioned earlier, the camera comes with touch control functionality, which is located at the base of the camera. There’s a USB-C port at the back of the base, which is of course needed for connecting to your computer. There’s also an LED indicator light which is neatly designed, so it’s not intrusive unlike the glowing red dots we see on other webcams. 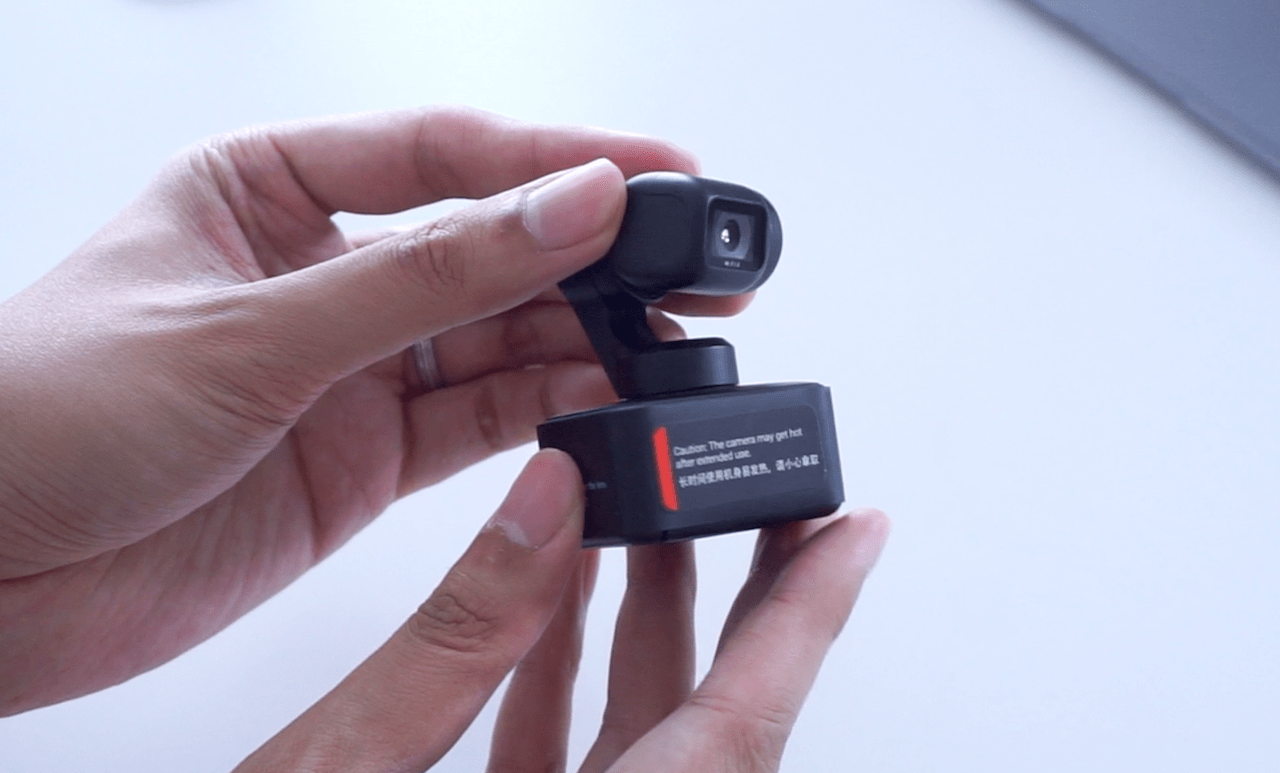 Setting up the Link 4K is incredibly easy. You only need to plug it into your computer, and it should be ready for usage. While it does come with a built-in clip for attaching to a desktop monitor, I find it easier to use the Link 4K with a tripod, which is made possible thanks to the built-in thread at the bottom of the camera base. 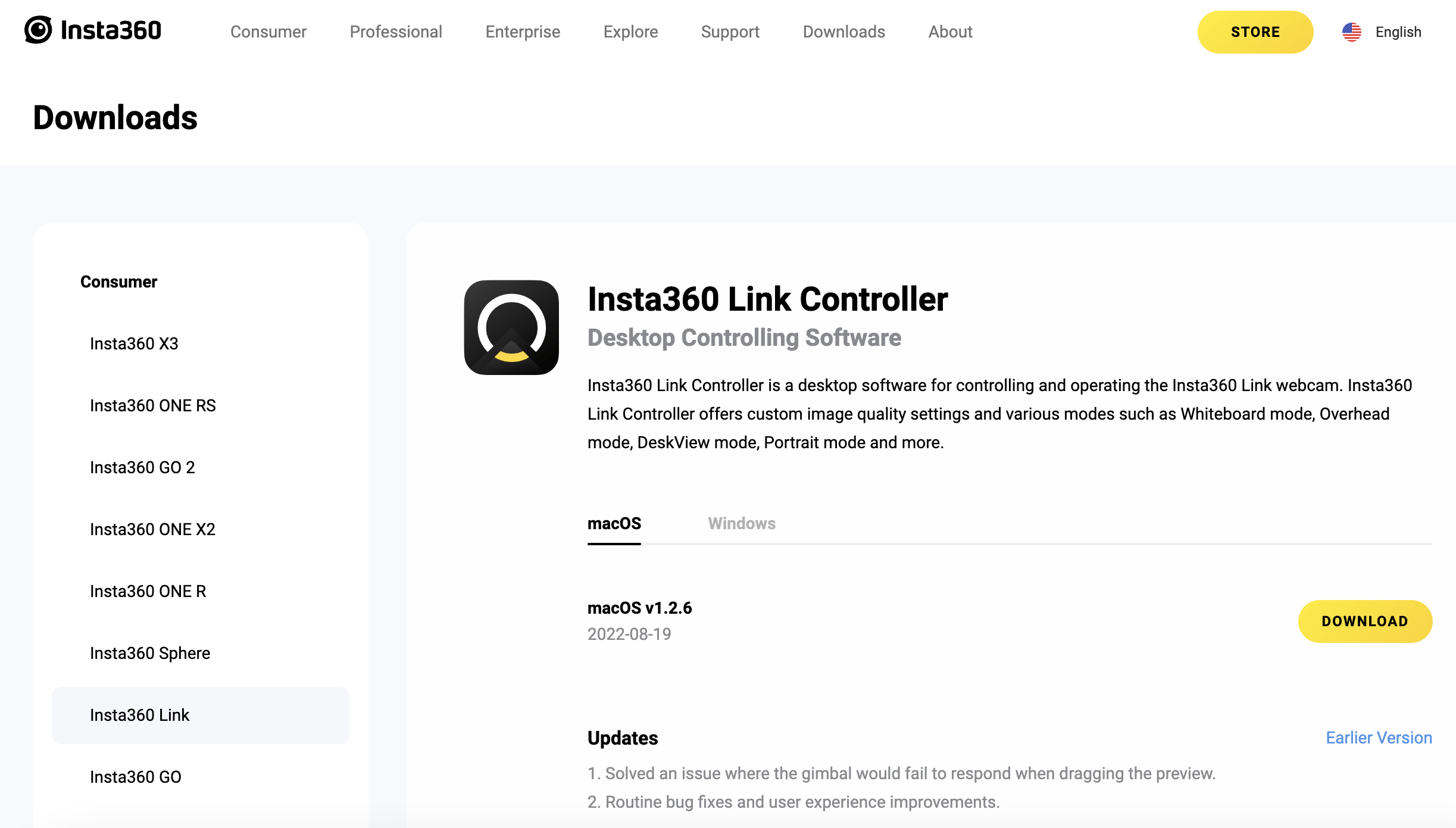 While it is a plug-and-play device, you can get more in-depth usage by downloading Insta360’s Link controller software, which is available for both Windows and Mac computers. I recommend going this route because it gives you a lot of control over the camera.

The desktop app is easy to use, and it gives you a quick tutorial of how to use the gestures on the camera. Holding up your palm will enable the camera to auto-track your movement, while making a letter-L symbol will activate zoom, and a “peace” symbol will enable whiteboard mode. Using whiteboard mode will require you to use the stickers included in the package, which serves as a tracking method for the camera. 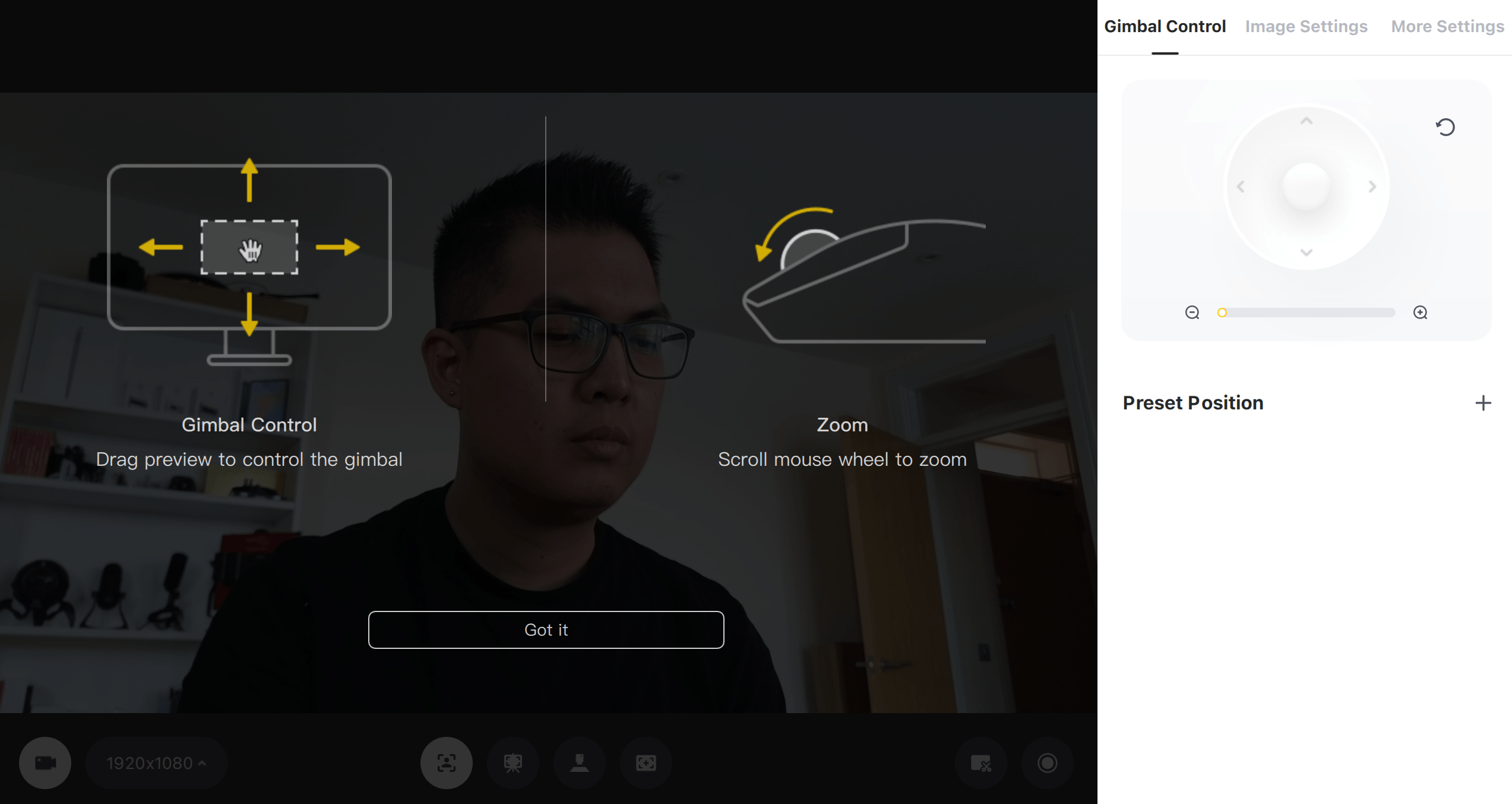 There are also other modes which can be used on the camera, although you’ll need specialized attachments to hold it in a particular position. For example, Portrait mode will enable the camera to capture video vertically, while overhead mode will require you to use the camera with an overhead fixture, as opposed to a traditional tripod.

In terms of movement tracking, I was thoroughly impressed with the AI tracking on the Link 4K. The camera was quickly able to lock onto my position, and follow my face without any trouble. If you’ve ever used an iPad with the center stage feature, this works in a similar way, although it is a lot more seamless here thanks to an actual gimbal installed in the camera.

With that said, if you prefer to use the Link 4K in a more stationary or controlled manner, you can use the controls on the desktop app to manually adjust the angle and zoom of your image. This way, you get full control over the camera, although admittedly I found the AI tracking a bit more fun in actual use. We can imagine that this feature will be very useful in today’s world, given the prevalence of online classes, zoom meetings and demos, and really sets the Link 4K apart from other basic webcams.

Another area that impressed me was with the image and video quality on the camera. It was very clear with very minimal grain, and colors in the preview aren’t washed-out unlike on a majority of other webcams out there. In fact, as far as webcams go this is probably the best quality I’ve seen so far. 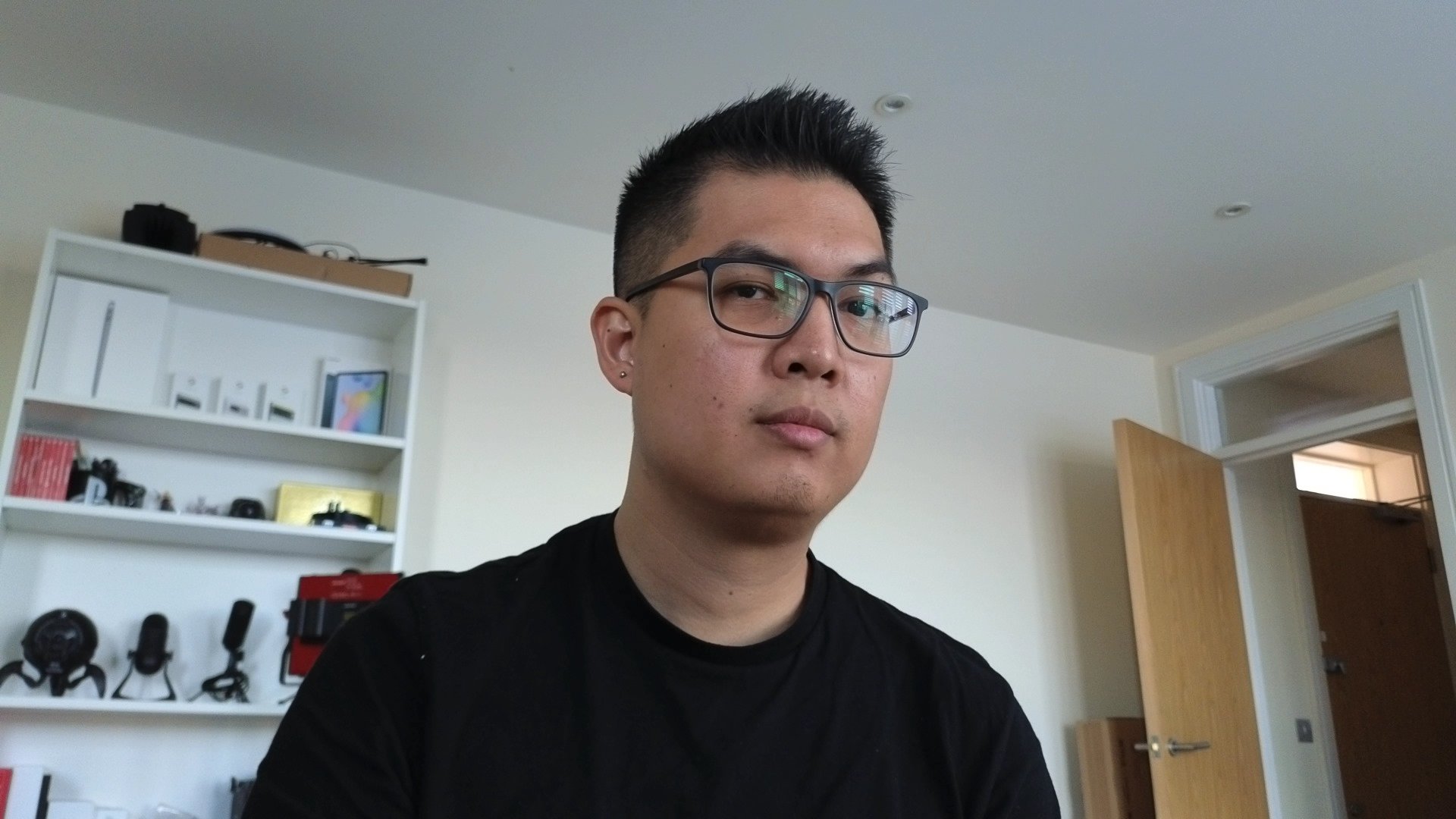 In case you’re not satisfied with the default image color, there are several in-depth settings that you can use in the desktop app to tweak the image quality of your footage. Everything from contrast, saturation, sharpness, white balance, and even HDR can be customized to your liking. The Link 4K also lets you switch between manual focus and autofocus, although personally I find the default autofocus setting great on its own.

You can also switch between 720p, 1080p, and 4K resolution via the desktop app, which is a much-welcome feature to have, and really shows the wealth of customization options that are present on this webcam. 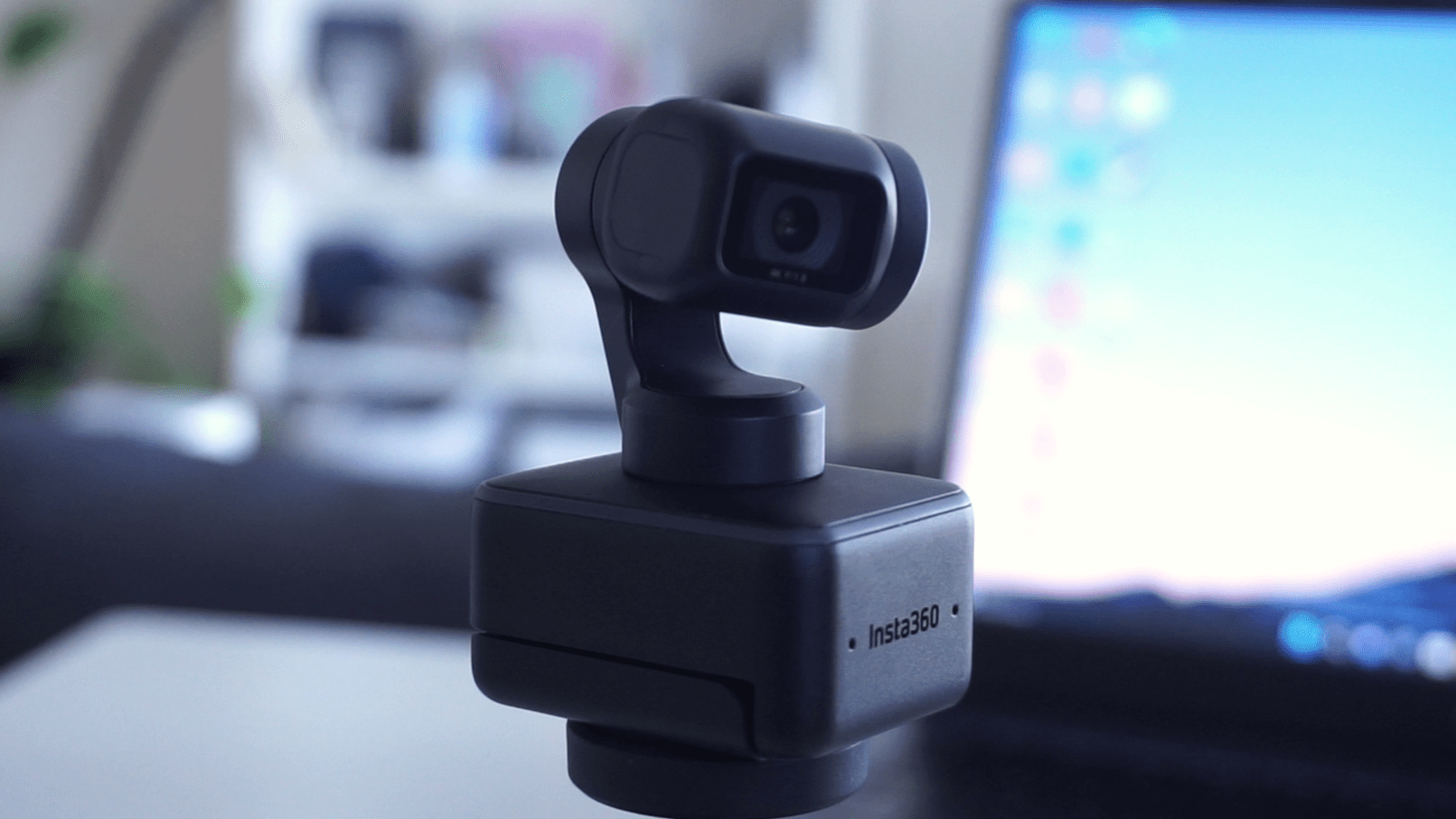 One thing to take note of is that the Insta360 Link does come at a slightly more expensive price compared to other webcams out there. For around 299 dollars, you can get the base kit which includes the camera and the standard set of accessories, although if you spend a bit more you can get the kit with an included tripod for around 328 dollars.

With that said, it’s not exactly the most affordable webcam out there, but for the price you do get a wealth of features. The different video modes, as well as the ease of use and good build quality means that you’re getting a lot of value with the Link 4K. You don’t get a lot of modern webcams with features like these, and it does enough to stand out from the rest of the competition.