Another day, another new smartphone leak – it seems that Motorola is set to launch a new mid-range phone sometime soon, and while there’s still no concrete information regarding the upcoming handset from Motorola themselves, we’ve gotten a pretty good sneak peek at what to expect in terms of hardware.

According to tech tipster Yogesh Brar, the upcoming phone will be branded as the Motorola (or possibly Moto) G72, which will come with a familiar-looking array of mid-range smartphone hardware specs, with some nice additions included.

For one, the phone is predicted to come with a 6.5-inch pOLED display, complete with a 120Hz refresh rate and built-in fingerprint sensor, and will be powered by a MediaTek Helio G99 chipset, accompanied by 6GB of RAM and 128GB of storage. In terms of cameras, the phone will have a 16MP front camera, a 108MP main camera, accompanied by an 8MP ultrawide lens, and 2MP macro lens. ALl of this will be powered by a 5,000 mAh battery.

There are some downsides though – the G99 SoC onboard means that the device will lack 5G, and the leak indicates that the device will only get one Android update, from Android 12 to Android 13. Given the specs found on competing hardware nowadays, it does seem like an underwhelming trade-off, unless you’re only after a relatively affordable smartphone.

In any case, it would be interesting to see if Motorola confirms these specs in a future announcement. 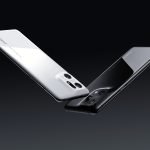