A while back, Samsung announced a new and upcoming feature for its smart TVs and monitors in the form of “Gaming Hub,” a smart visual interface and software feature that combines all your game-streaming services and software into one, easily-accessible hub. Today, the company has officially announced Gaming Hub’s launch, which will make its way to the company’s newest smart TVs and monitors. 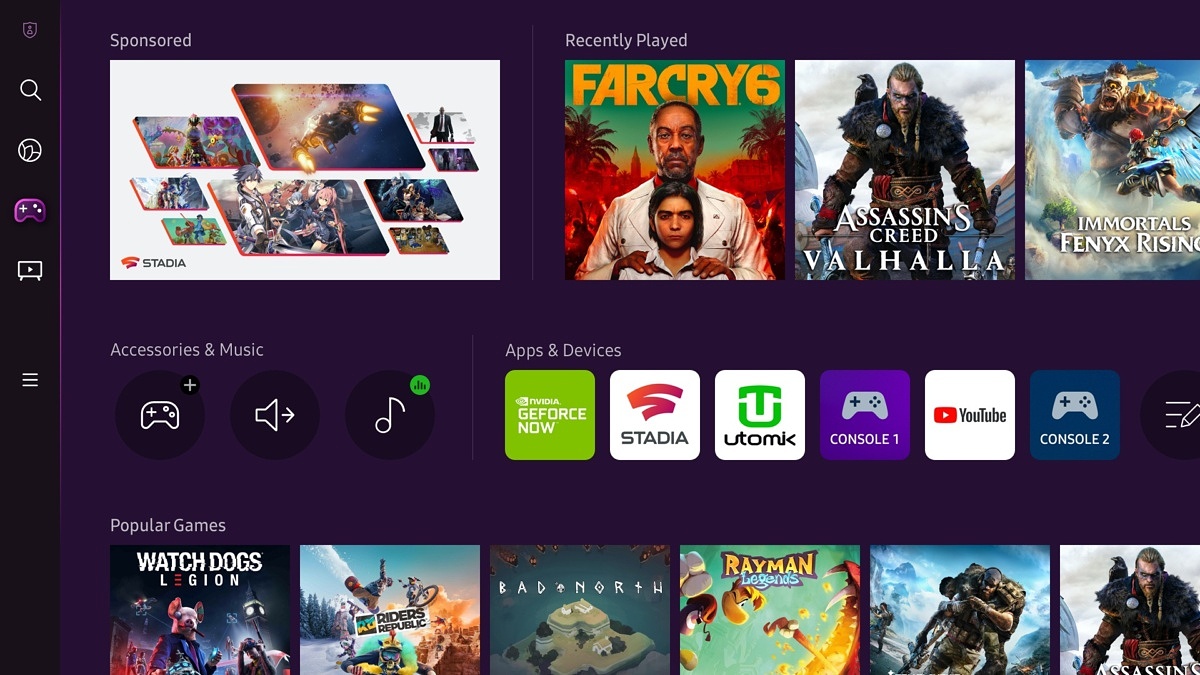 More specifically, the service is rolling out to Samsung’s 2022 series of smart monitors and TVs, which include the  2022 Neo QLED 8K, Neo QLED 4K, QLEDs and 2022 Smart Monitor Series. Gaming Hub will be compatible with several game-streaming services which include Google Stadia, Xbox cloud Gaming, NVIDIA GeForce Now, Utomik, and Amazon Luna (which will come at a later date).

A statement from Won-Jin Lee, President and Head of the Service Business Team at Samsung Electronics, reads:

“The Samsung Gaming Hub combines Samsung’s leadership in streaming technology with our experience in creating the industry’s most cutting-edge hardware, removing the barriers to entry so people can just play… With expanding partnerships across leading game streaming services and expert curated recommendations, players will be able to easily browse and discover games from the widest selection available, regardless of platform.”

Gaming Hub will run on Samsung’s Tizen software, and will have support for 4K and 8K resolution. In addition to video games, the platform will also have support for other media-streaming apps and services like YouTube, Twitch, and Spotify.