Wireless Bluetooth speakers can sometimes feel “run-of-the-mill” – they can sound similar, look similar, and oftentimes come with a lot of the same features.

With that said, we’re taking a look at the Gravastar Mars Pro. At first glance, it might seem like a collectible or model kit of sorts, but upon closer inspection, this robot from a galaxy far, far away is actually a uniquely-designed wireless Bluetooth speaker that comes packed with some nice features, that set it apart from the rest of the wireless audio competition.

But looks aside, is it actually worth owning? Let’s take a look! 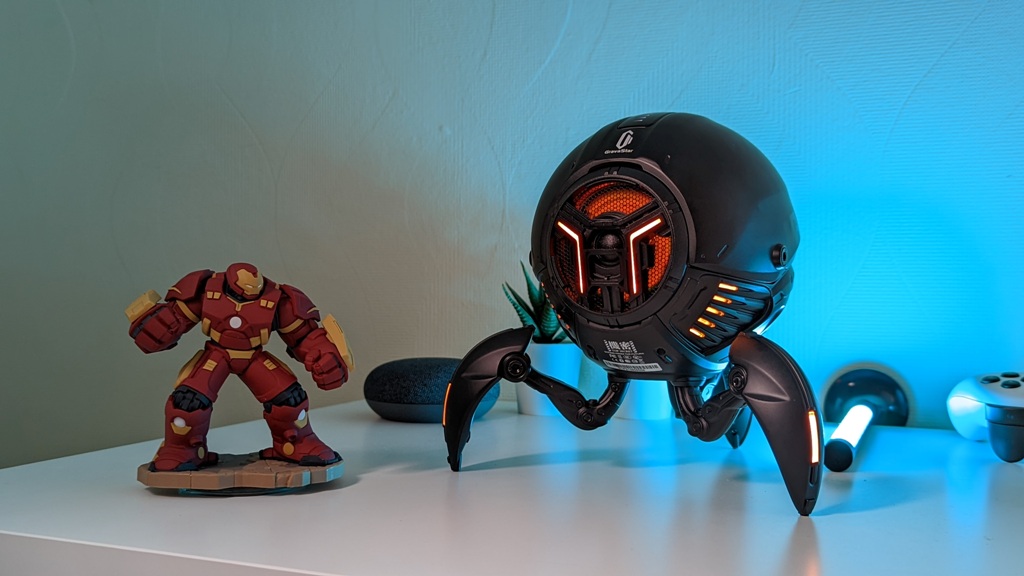 Right off the bat, the first thing that most people will notice with the Gravastar Mars Pro is the physical design, which obviously takes a lot of inspiration from mecha and sci-fi pop culture. The one we have on here is the plain black mode, although Gravastar also sells the speaker in a variety of other color variants, all of which feature more detail than your usual array of basic-color paint jobs.

Some variants even come with cool little accessories such as shields and mini-guns, which add to the overall robotic design. The legs on the robot’s tripod design do bend a bit, although they can’t be moved around like an actual figure or model kit.

The speaker is heavy, and Gravastar says that the Mars Pro is built with a combination of polycarbonate zinc alloy material, which you can definitely feel when handling the product. The top of the device features several buttons for controls, while the bottom houses the USB-C port for charging. You can also use this as a line-in port to play music from your phone’s 3.5mm audio jack, as long as you have a converter for your cable.

The Mars Pro also comes with RGB lighting, which can display a single color, cycle through all the different colors, or flash along to whatever music you’re playing. 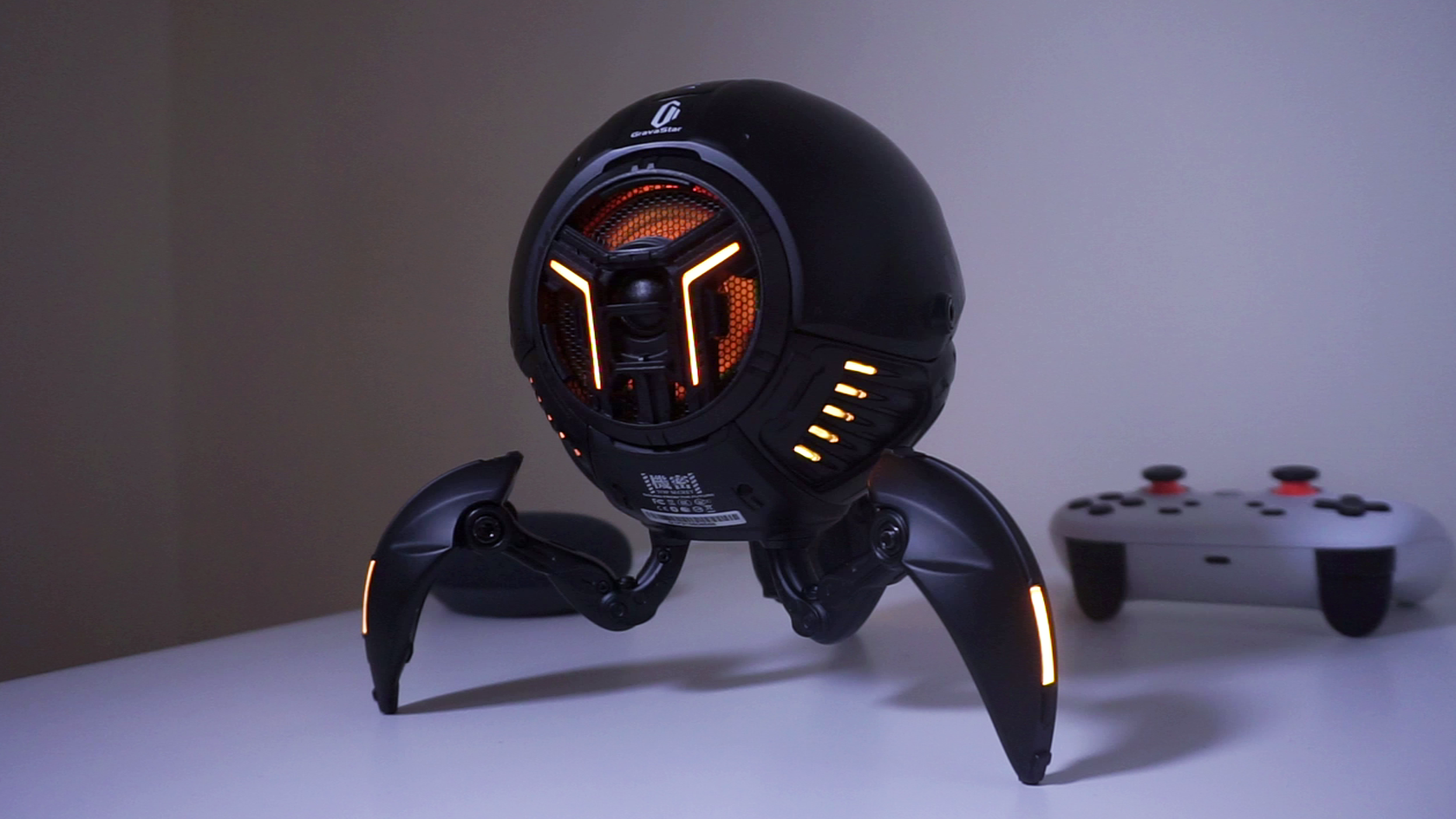 As we mentioned earlier, there are a number of buttons on the top of the speaker which are responsible for Bluetooth controls, device pairing, a main power switch that also doubles as a play and pause button, and a button to control the LED lights.

There’s also a capacitive panel on top of the speaker, which will allow you to adjust the volume with a simple touch. It’s a very unique approach to volume controls, and it even lights up to let you know the sound level at which the speaker is operating.

Setting up the speaker is fairly straightforward. Pressing the Bluetooth switch to go into pairing mode, and your device should see the Mars Pro speaker right away in the Bluetooth settings menu. I was able to pair it with my smartphones, laptop, and even our Amazon Firestick at home.

As far as audio hardware goes, you’ll find a 1” tweeter inside the front of the Mars Pro, and at the back you’ll find a 2.5” full-range speaker with a 20W maximum output.

The Gravastar Mars Pro sounds mostly good, and it definitely has a powerful bass sound that can be both a good and bad thing. We say “both good and bad” because while it is loud, the bass can sometimes slightly overpower mids and highs – that’s not to say that other frequencies are totally drowned out, but you can definitely hear the Mars Pro’s different approach to sound.

On the other hand, vocals still manage to sound clear, and the deep bass tones are perfect if you’re all about getting that deep thumping beat going on. Though it would have been nice to see an app of sorts to use with the Mars Pro, but unfortunately there’s no way to fine-tune the controls and EQ on the speaker, which might be an issue for some users who are looking for more in-depth audio controls.

I did pair it to a TV while watching movies and shows, and in that regard it delivered a nice and loud listening experience.

Inside the speaker, you’ll find a large 8,000 mAh battery, which ideally can last for up to 15 hours of playback time. During my time using it, I was able to go for at least a dozen hours before needing to recharge, but of course your mileage might vary due to different volume levels, as well as the RGB lighting modes.

Personally, I think that the Gravastar Mars Pro is a fun accessory to have, even just for the design alone. However, at a price of around $229 for the standard edition, it is a bit expensive, especially considering that it’s first and foremost a Bluetooth speaker.

On the other hand, while there are some more affordable alternatives out there, the sci-fi look, design, build quality, and overall sound of the speaker do make a compelling case for its price, especially for tech collectors, or people on the hunt for uniquely-attractive hardware that you won’t be able to find anywhere else.