Ever since Apple introduced the “Tapback” functionality within its own Messages app, those on the Android side have been inundated with nothing but frustrating experiences. Essentially, Tapback is a feature that allows iPhone users to react to messages by long-pressing on a message and then selecting a reaction. 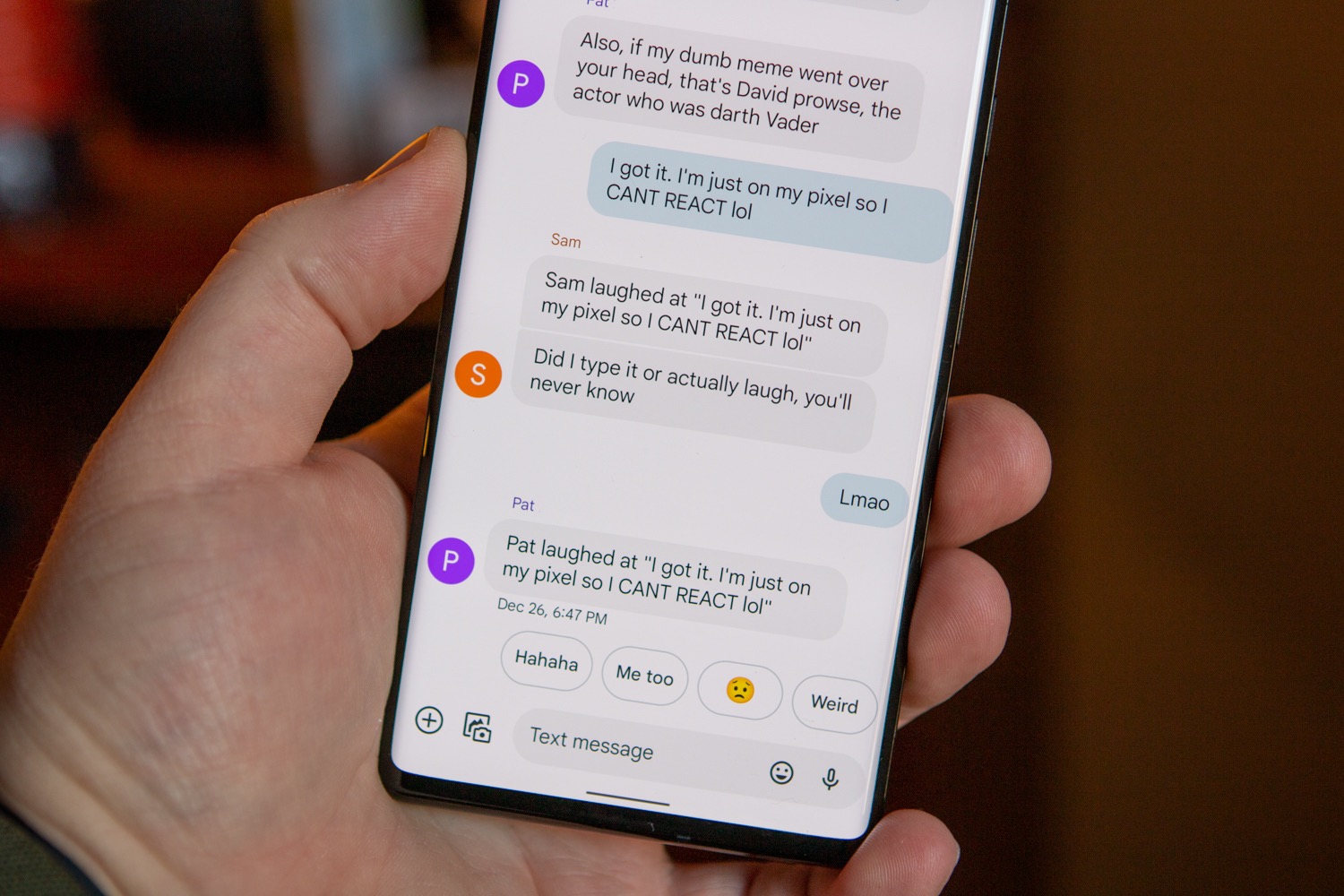 When using an iPhone, it’s not really a problem, as the reaction will automatically be attached to the message. But if you are on Android and an iPhone user reacts to a message, you’ll be greeted with something like “X laughed at “message”‘”. It’s extremely frustrating as it acts as a regular message is coming through, only to leave you wanting to switch the conversation to another platform or stop messaging altogether. And of course, the problem is only compounded if you are in a group chat with multiple iPhone and Android phone users.

Thanks to the power of RCS, a new update is now rolling out to the Google Messages beta app that adds official support for iMessage reaction. This was first discovered by Droid-Life and is part of Messages beta version 2022021_02_RC00. Originally, we learned about the possibility of this becoming a reality back in November, but nothing was made official and the feature was only available to a small set of users.

As we mentioned, this is only available for those using the Google Messages beta. If you want to join, you can do so by hitting the link below and following the on-screen steps. From there, you should begin to see reactions appear attached to the message itself instead of another message being sent. In the event that this is not the case, you can head into the Google Messages settings, tap Advanced, and toggle Show iPhone reactions as emoji.

The team over at 9to5Google also found that the reactions are not 1:1, and may not be available even if you are running the latest Google Messages beta. Here’s what Messages will show based on the reaction being sent: