After a little bit of a lull between the holidays and the beginning of CES, the excitement around upcoming smartphone releases is starting to pick up. We’ve already seen new phones from OnePlus and TCL, while Samsung is expected to unveil its 2022 flagship lineup in just a couple of weeks. But before then, Xiaomi is announcing four new phones that are worthy of your consideration. The company has just formally introduced the Redmi Note 11 series, complete with a little bit of something for everyone. 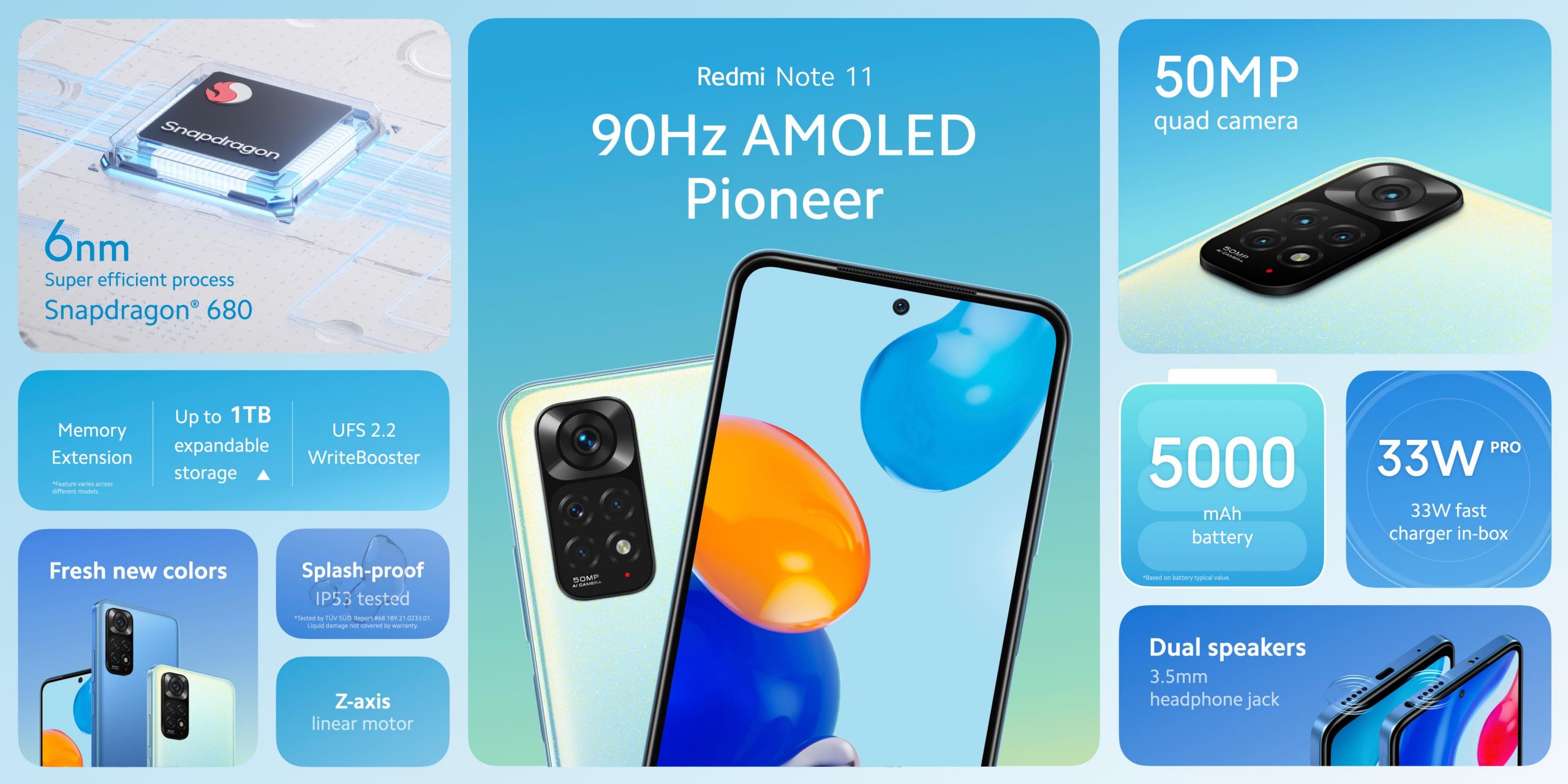 As evidenced by the Snapdragon 680 paired with the lower amount of RAM, the Redmi Note 11 is the entry-level model of the bunch. The phone features a 6.43-inch FHD+ display, complete with a 90Hz refresh rate, and either 4GB or 6GB of RAM. It’s been a while since we’ve said this, but another phone is now being released including a microSD card slot and a 3.5mm headphone jack.

Battery life should be pretty darn great thanks to the combination of the FHD+ display panel and the 5,000mAh cell being used. But when it’s time to get your phone juiced back up, you can just use the included 33W fast charging, and the phone will actually reach those faster-charging speeds.

On the back of the Note 11 is a quad-camera array headlined by a 50MP primary camera. This is being paired with an 8MP ultra-wide lens along with the over-used combination of a 2MP depth sensor and a 2MP macro lens. Xiaomi is also tossing in a few extra features for the camera, including Night Mode 2.0, Kaleidoscope, and “Vlog Mode”. 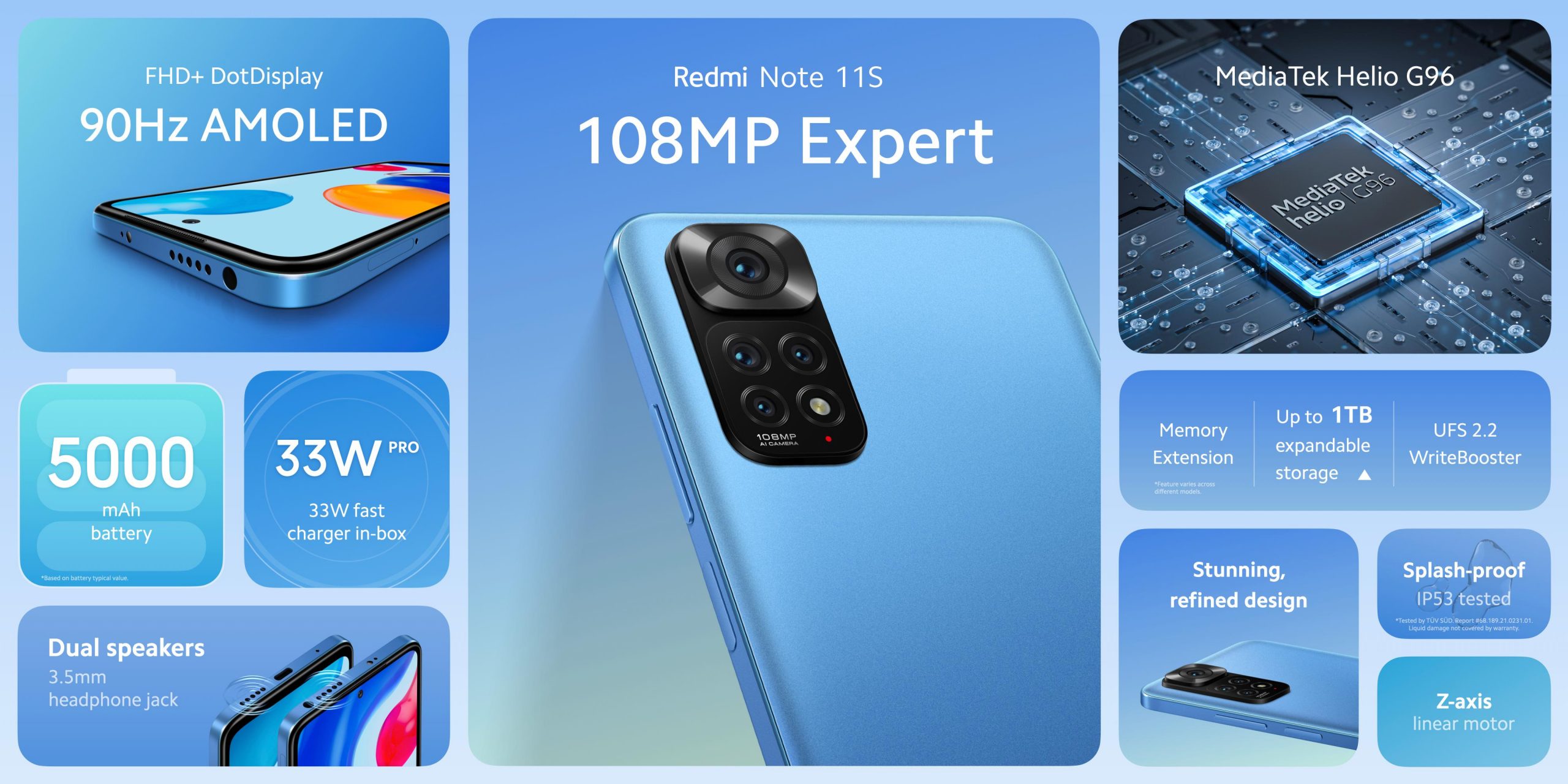 Moving a step up, the Redmi Note 11S comes in with the same 6.43-inch display, including a 90hz refresh rate, and the same 64GB or 128GB expandable storage configurations. But instead of relying on Qualcomm this time around, the Note 11S is powered by MediaTek’s Helio G96. This is the same chipset found in the likes of the Realme 8i, Vivo V23e, and Infinix Note 11 Pro.

Paired with the Helio G96 in the Note 11S is either 6GB or 8GB of RAM to go along with the aforementioned storage options. There’s a 16MP selfie camera found in the hole-punch cutout on the front. We also have another quad-camera array on the back, but this time, Xiaomi is using a 108MP wide-angle lens thanks to Samsung’s HM2 sensor. The Redmi Note 11S also sports an 8MP ultra-wide camera, 2MP macro lens, and 2MP depth sensor.

Xiaomi is the same 5,000mAh cell here too, complete with 33W fast charging and a 3.5mm headphone jack. For security, all four of these phones make use of a side-mounted fingerprint scanner instead of one of the under-display options that we’ve seen. 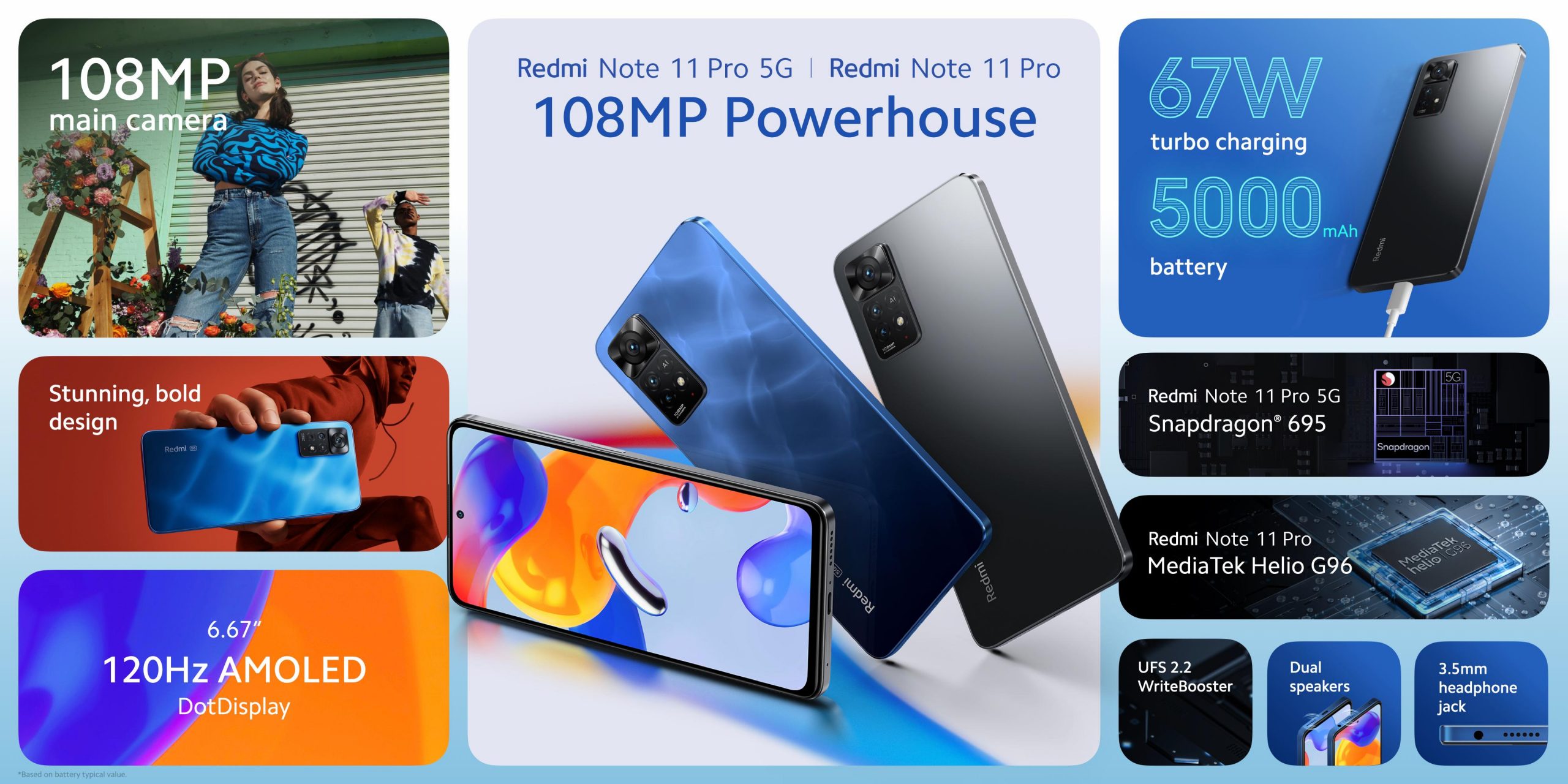 Rounding out the bunch are the Redmi Note 11 Pro and Note 11 Pro 5G. Essentially, everything about these two devices is the same under-the-hood, aside from the Helio G96 found in the “normal” version or the Snapdragon 695 being used in the 5G variant.

No matter which option you pick, you’ll be greeted with a 6.67-inch FHD+ display, with a faster 120Hz refresh rate and a 16MP selfie camera. RAM and storage configurations are available with up to 8GB of RAM and 128GB of expandable storage, up to 1TB via microSD.

The same quad-camera array from the Note 11S makes its way to the Note 11 Pro and Pro 5G, using the 108MP Samsung HM2 sensor. Then, there’s also an 8MP ultra-wide, 2MP macro, and a 2MP depth sensor.

What helps the Note 11 Pro and Note 11 Pro 5G stand out from the crowd, in addition to the 120Hz refresh rates, is the 67W fast wired charging. Xiaomi claims that the included charger will provide 51% of power in just 15 minutes. Other than that, both of these phones include Bluetooth 5.1, an IP53 water resistance rating, and a side-mounted fingerprint scanner. 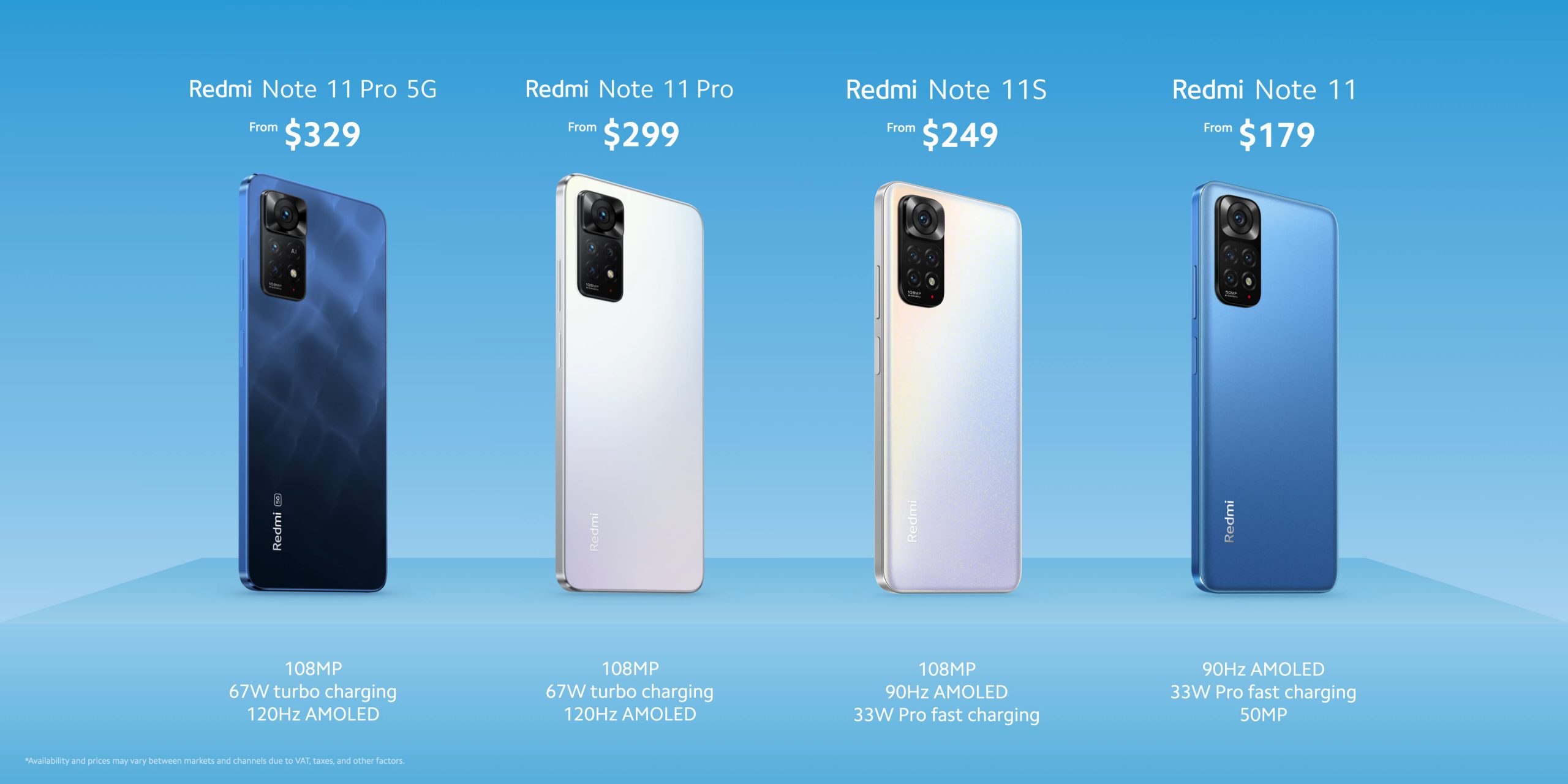 Xiaomi has also confirmed that the Note 11 and Note 11S will be available before the end of January. Meanwhile the Note 11 Pro and Pro 5G will arrive sometime in February. 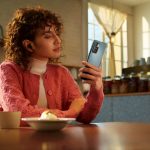