Last week, Qualcomm announced its all-new Snapdragon 8 Gen 1 platform which will be used to power most of the 2022 Android flagship phones. But we still have yet to see the release of a device that uses this new chipset, so real-world performance is still up in the air.

Thanks to Hot Hardware, it seems that some of the questions regarding performance have been answered as they were able to get their hands on a pre-production unit. Naturally, the first thing that was done with this unit was to run some benchmarks, testing out the CPU and GPU performance for the next flagship processor. 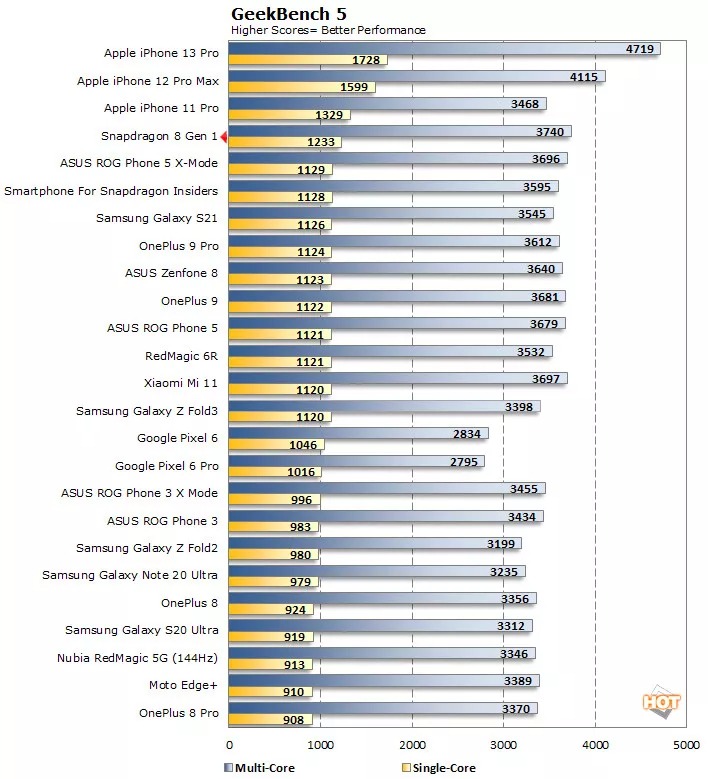 While many of the best Android phones already offer CPU performance that keeps up with the iPhone 13 Pro and its A15 Bionic, GPU performance is a different story. However, it appears that Qualcomm may have closed the gap, and actually overtaken Apple with the Snapdragon 8 Gen 1 SoC. 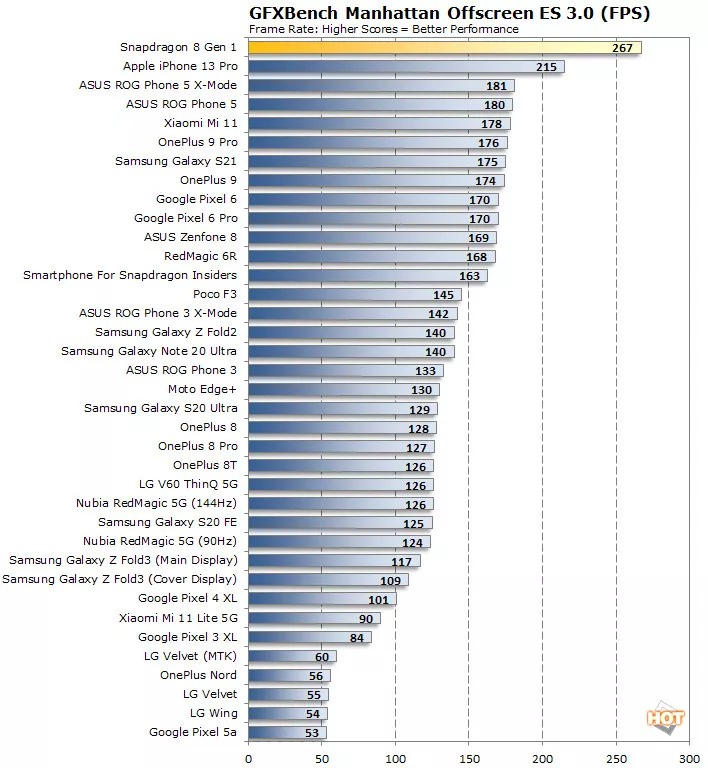 But when it comes to GPU benchmarks, the story is quite a bit different. Using GFXBench Manhattan Offscreen, GPU performance of the Snapdragon 8 Gen 1 blows the iPhone 13 Pro out of the water. With its 267 scores, this marks the first non-iPhone to break the 200 score threshold, outperforming the ASUS ROG Phone 5 in X-Mode, which scored 181. This is done courtesy of the eight GPU cores as the Snapdragon 8 Gen 1 uses the following configuration:

As is the case with most early benchmarks, you’ll need to take these results with a pinch of salt. These scores were provided using a pre-production unit, so it’s entirely possible that the final numbers drop down a bit. But it definitely shows that Qualcomm is pushing the envelope in the Android space, potentially to the point where 2022 Android flagship phones could actually be more powerful than the iPhone.