Fingerprint sensors in smartphones have become the norm and industry standard for security. This is no different in Google’s new Pixel 6 series, but what users are discovering is that for whatever reason, the sensors in the Pixel 6 feel very slow, sluggish, and unreliable for a feature that has been around for years.

We're sorry for the hassle. The Pixel 6 fingerprint sensor utilizes enhanced security algorithms. In some instances, these added protections can take longer to verify or require more direct contact with the sensor. Try troubleshooting steps: https://t.co/uTbifE5Uyo. Thanks. ^Levi

As you can see in the company’s explanation above, they claim that due to “enhanced security algorithms”, it can take the sensor longer to verify the user’s fingerprints. As far as the company is concerned, this is sort of intended due to the algorithms, but we’re not sure if this means that they won’t be fixing it or if they’re working on an update that would speed up the algorithms.

The company has published a troubleshooting guide on its page specifically for the Pixel 6 series, but some users are claiming that it doesn’t work. If those don’t work for you, some other users have discovered potential workarounds of their own, such as registering multiple fingerprints for better accuracy, or increasing the touch sensitivity of the phone’s display.

Your mileage may vary since we’re seeing mixed reports on the success of some of these workarounds, but they might be worth checking out if you’re feeling frustrated. 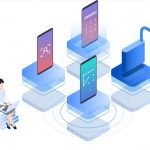