Lost in the ruckus that was yesterday’s Pixel 6 ordering fiasco, was Google’s introduction of Pixel Pass. This is a new subscription service that bundles Google’s latest handsets with a number of the most popular services that you are likely already subscribed to.

If you sign up, you’ll pay $45 per month and will get the following: 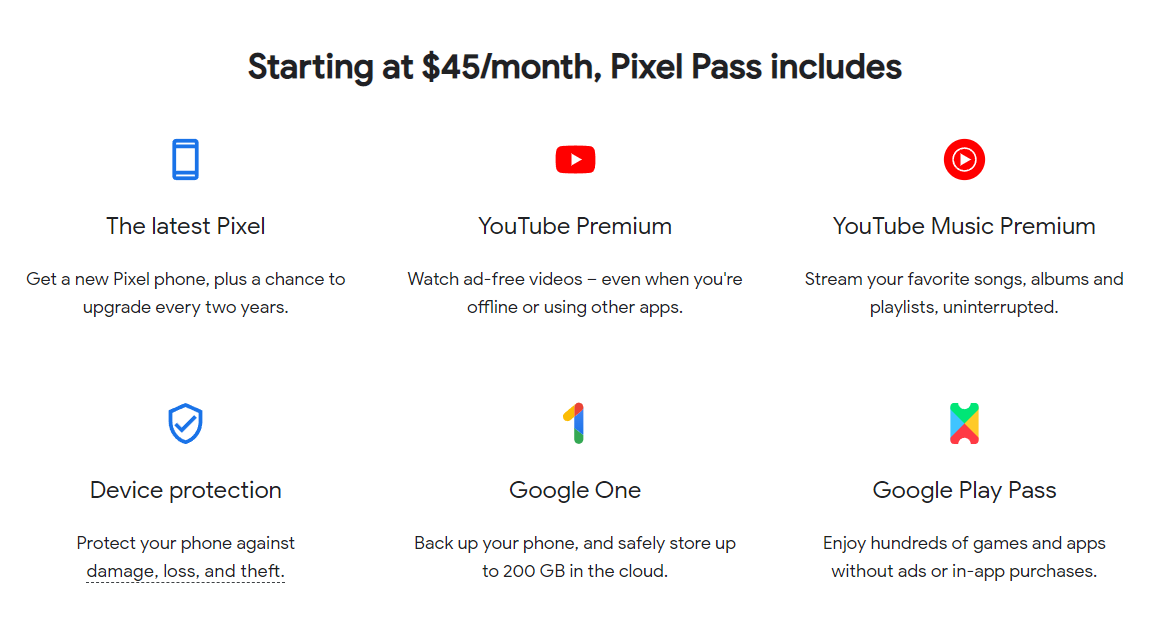 Pixel Pass isn’t just limited to the standard Pixel, as it’s also available for the Pixel 6 Pro at $55 per month.

There’s a chance that this might sound familiar if you’ve ever checked out Apple’s different offerings for the iPhone. Apple offers the “iPhone Upgrade Program”, which starts at $35 per month and includes AppleCare+ insurance. However, it does include the Apple One bundle, and you won’t find any of Apple’s other subscription services bundled in. It’s also similar to Microsoft’s Xbox All Access which includes either an Xbox Series S or Series X, Xbox Game Pass Ultimate, and starts at $25 per month. 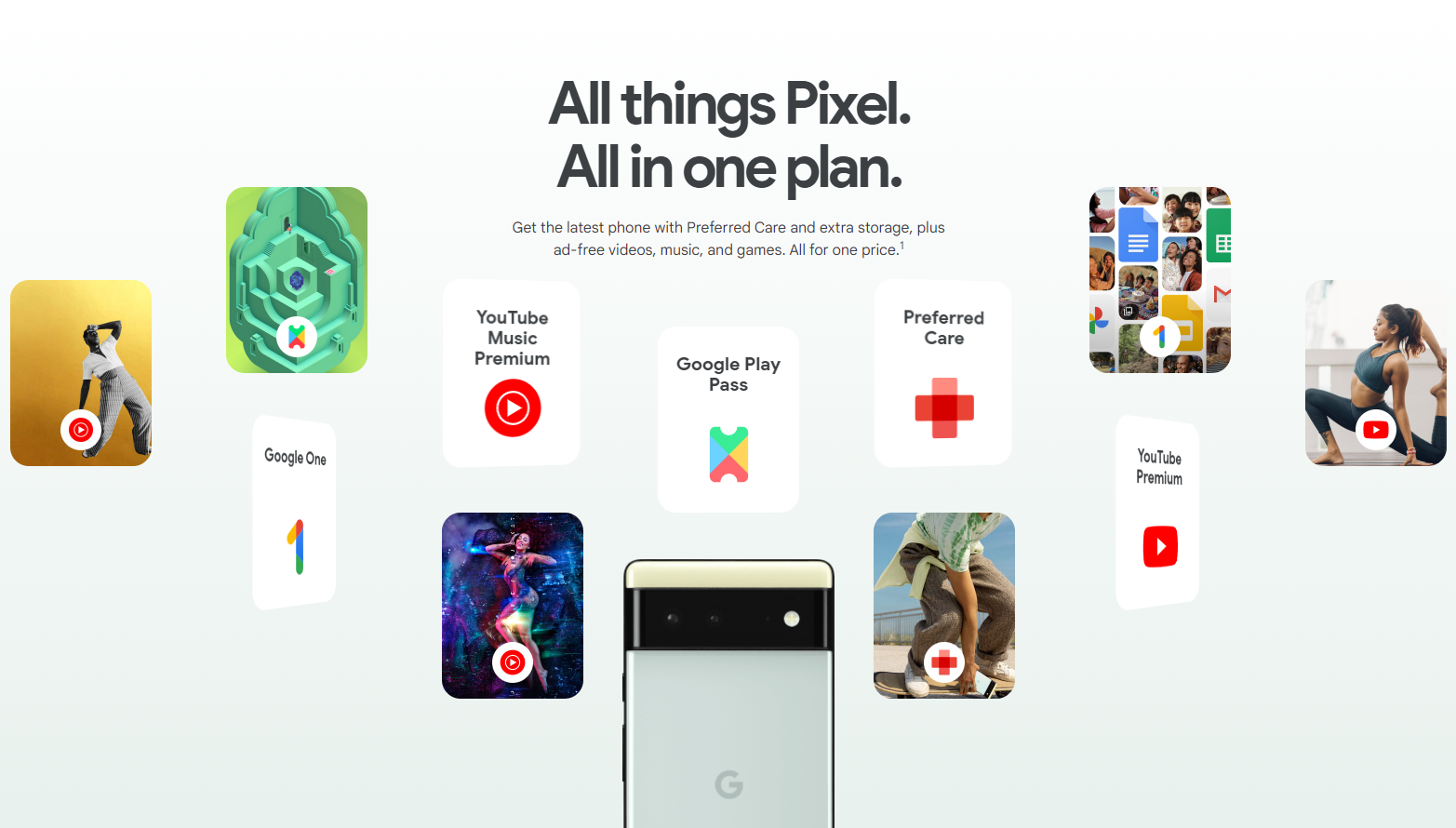 With Pixel Pass, you actually have two options available, depending on which route you want to go. You can go the “traditional” route and sign up for Pixel Pass while receiving an unlocked phone that works with any carrier. Or, you can subscribe through Google Fi and will save an additional $5 per month on your monthly Fi bill. It almost feels like the old carrier upgrade programs, as Pixel Pass subscribers will be “eligible for an upgrade” after two years.

Google also claims that if you decide that Pixel Pass is not for you, you aren’t stuck paying for the services that you’ll never use. Instead, you can opt out and will just have to pay off the remaining balance on the phone based on its retail price.

If you already pay for the included Google services, and are planning on getting a Pixel 6 or Pixel 6 Pro, this is a great option to get everything bundled together.