Google Maps wants to help you, help the environment by offering fuel-efficient routes

Google is constantly looking for ways to reduce its own carbon footprint, while making it possible for everyone else to do so at the same time. In a new blog post, CEO Sundar Pichai detailed some new changes being implemented in an effort to give “you more sustainable choices with Google”.

Kicking things off, Pichai reiterated that it is working towards having its data centers and campuses running on “24/7 carbon-free energy by 2030”. Google has invested in new companies and technologies in an effort to meet the self-enforced deadline, while also generating more than 20,000 jobs in the process. The company is also working towards helping 500 cities “reduce their carbon emissions” through the help of these products and technologies.

Moving a bit closer to home, a big update is rolling out to the Google Maps app that aims to help you save a bit on gas. After the update to Maps has arrived, you’ll see a a new “leaf” icon next to the most fuel-efficient route in your travels. And when that route is selected, Maps will also provide a bit more information, sharing how much fuel will be saved if you drive just a few extra minutes compared to the fastest route. 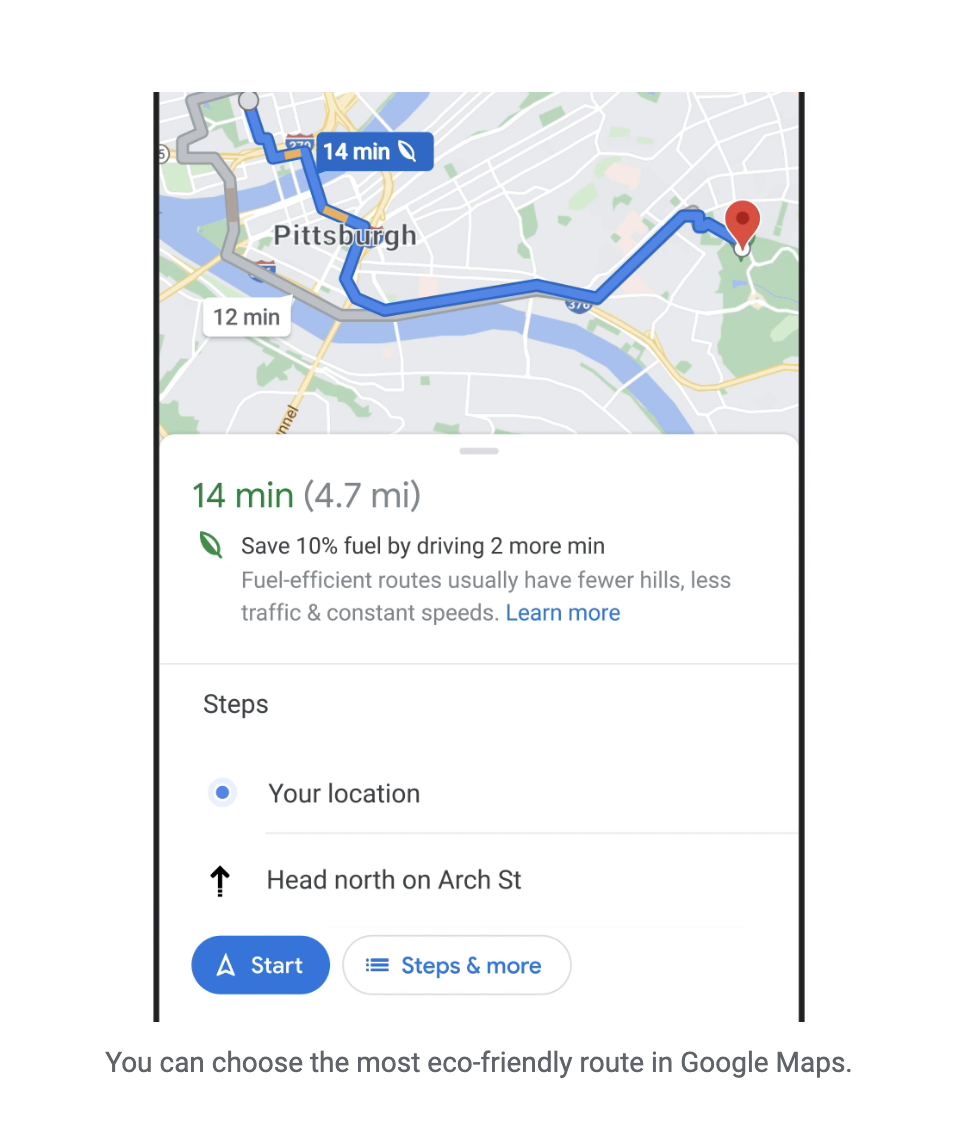 Of course, you can still select the fastest route, but this way, you can compare the fuel-efficient versus other routes listed in an effort to decide what’s best for you. By doing so, Google estimates that the feature “could save over one million tons of carbon emissions per year — the equivalent of removing over 200,000 cars from the road — and save you money by reducing fuel consumption.” The feature is rolling out today for those here in the U.S., and is coming to Europe sometime in 2022.

Another addition to Maps is for the cyclists out there who rely on GPS navigation instead of driving a car. Lite navigation will provide more information about the trip, including distance remaining, an ETA update, and view your elevation, without needing to use the turn-by-turn directions that you are accustomed to seeing with Google Maps. Pichai also says that this is just the beginning as there’s “more to come in 2022”. This feature is also rolling out to the U.S. starting this year.