Infinix is a brand that not too many people have heard of, but the company has been attempting to make waves in the industry over the past year. This is evidenced by the company’s Concept Phone, which features 160W fast charging capabilities. But instead of focusing on super-fast charging, Infinix is taking a different approach with the Zero X Pro.

Ever since Samsung introduced its “Moon Zoom” feature with the Galaxy S20 Ultra, we’ve seen some other phone makers try and do the same thing. When it works, it truly feels like you’re performing a magic trick, as you never would have expected your smartphone to be able to snap pictures of the moon. We’ll, at least without holding the lens up to a telescope and hoping for the right lighting conditions.

A design reminiscent of simpler times 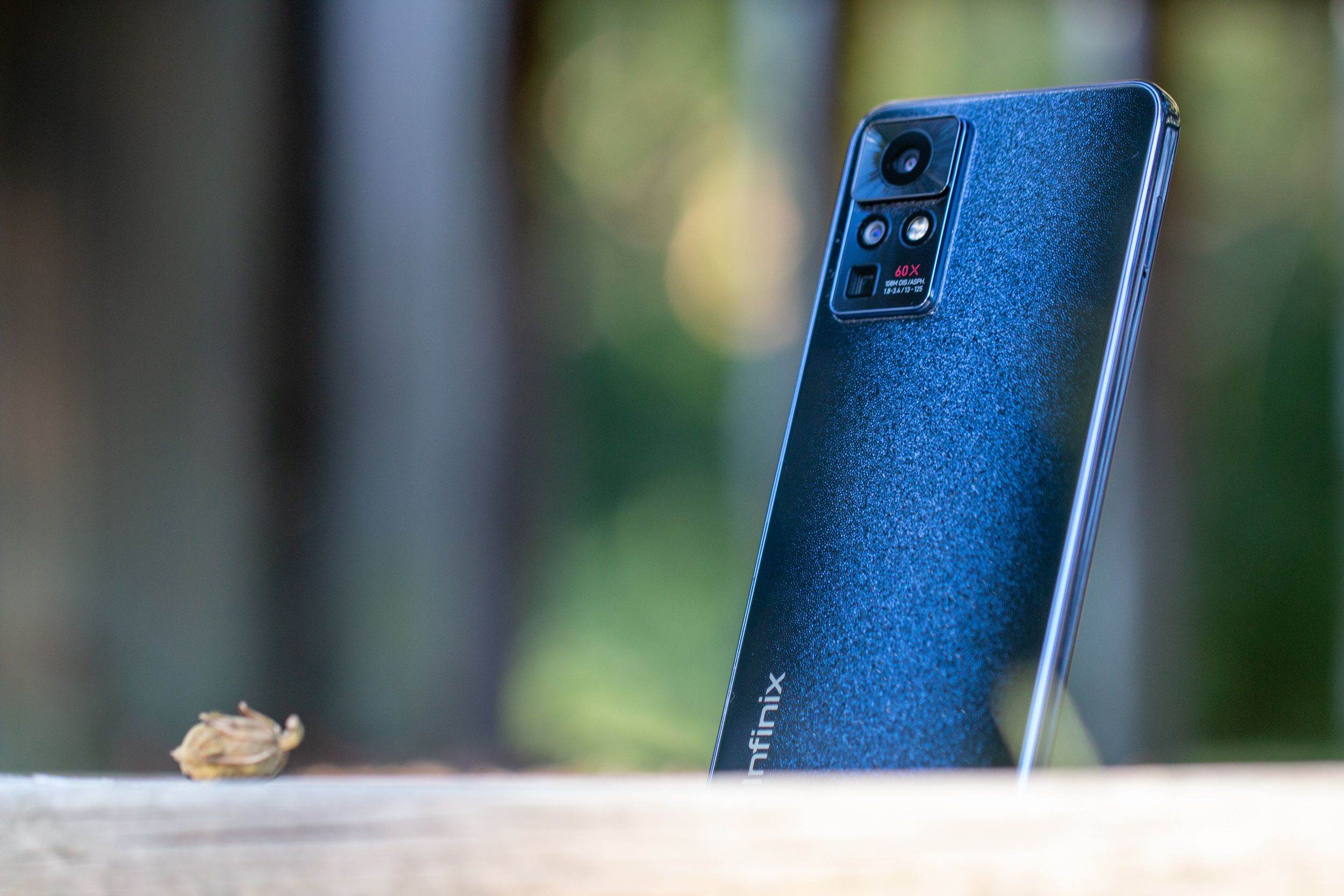 When I first took the Zero X Pro out of the box, I was hit with a refreshing feeling. Instead of essentially releasing a phone that is curved on every edge and corner, the Zero X Pro falls somewhere in between the iPhone 13 and the OnePlus 9.

Part of this is because Infinix opted to include a flat AMOLED display with the Zero X Pro, instead of the curved glass that we’ve seen everywhere else. Flat panels are definitely the way to go, as you won’t have to worry about any type of palm rejection being needed in the software. This design also makes it feel easier to hold in the hands, despite its 6.7-inch screen size, which is the same size as my trusty Galaxy Z Flip 3.

But when you turn over the phone, you very likely could be hit with a sense of nostalgia. The unit we received for review is called “Nebula Black”, and definitely leans into the whole “starry night” concept. This immediately made me feel like I was holding a larger and updated version of the Nexus 4, with its dotted glass pattern to provide the “holographic” effect. 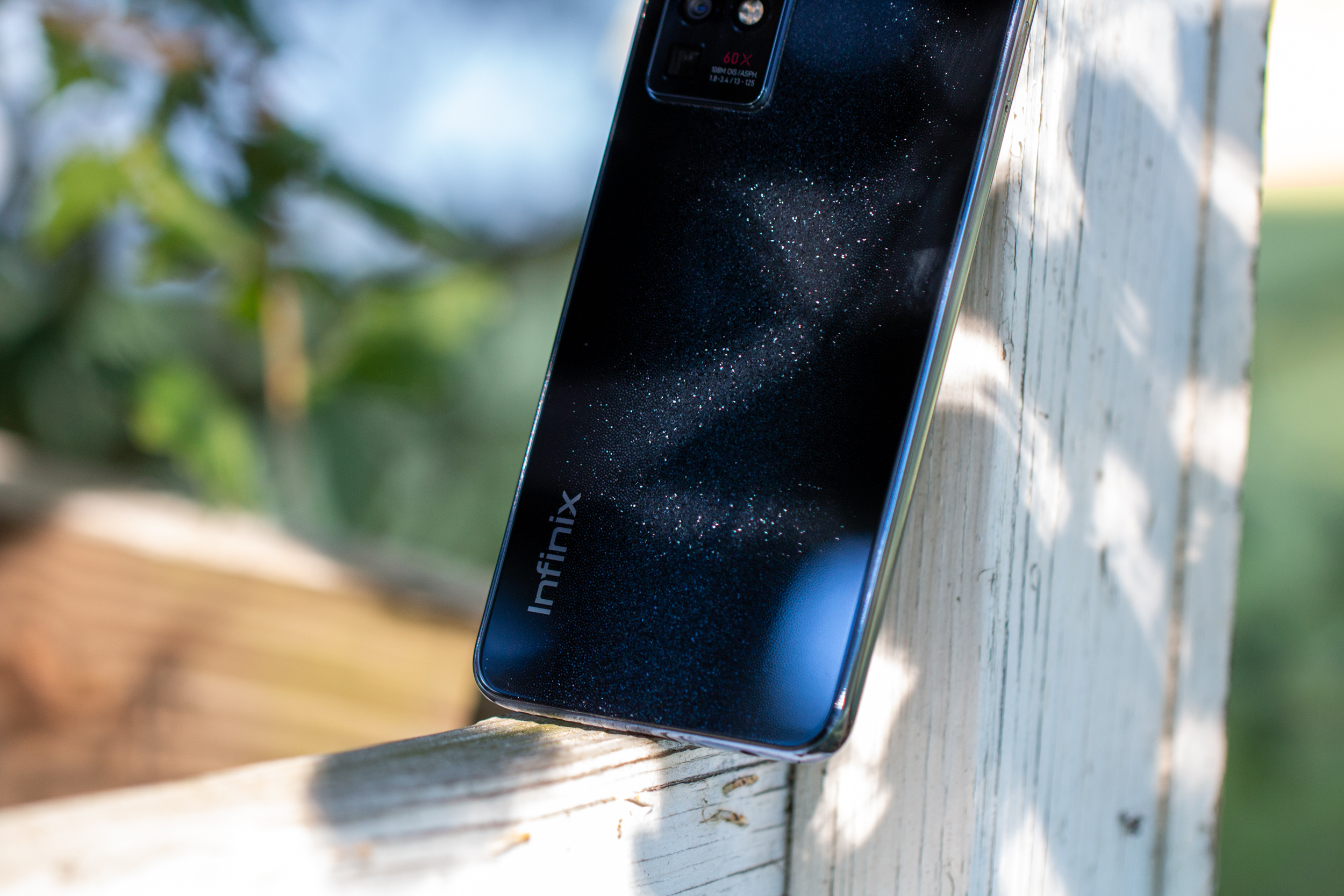 Another nice touch with the Zero X Pro is that the on-device branding really isn’t obnoxious at all. There’s a simple Infinix logo on the back, but it’s placed in the bottom left corner similar to what we see from Xiaomi devices. At the top of the back panel, is where the fun really begins, thanks to the triple camera array along with an LED flash.

Around the rest of the phone, you’ll find the volume rocker and power button placed on the right-side, along with a 3.5mm headphone jack flanking the USB-C charging port at the bottom. Infinix has also included Dual SIM capabilities, along with the ability to add a microSD card if you find yourself needing a bit more storage. 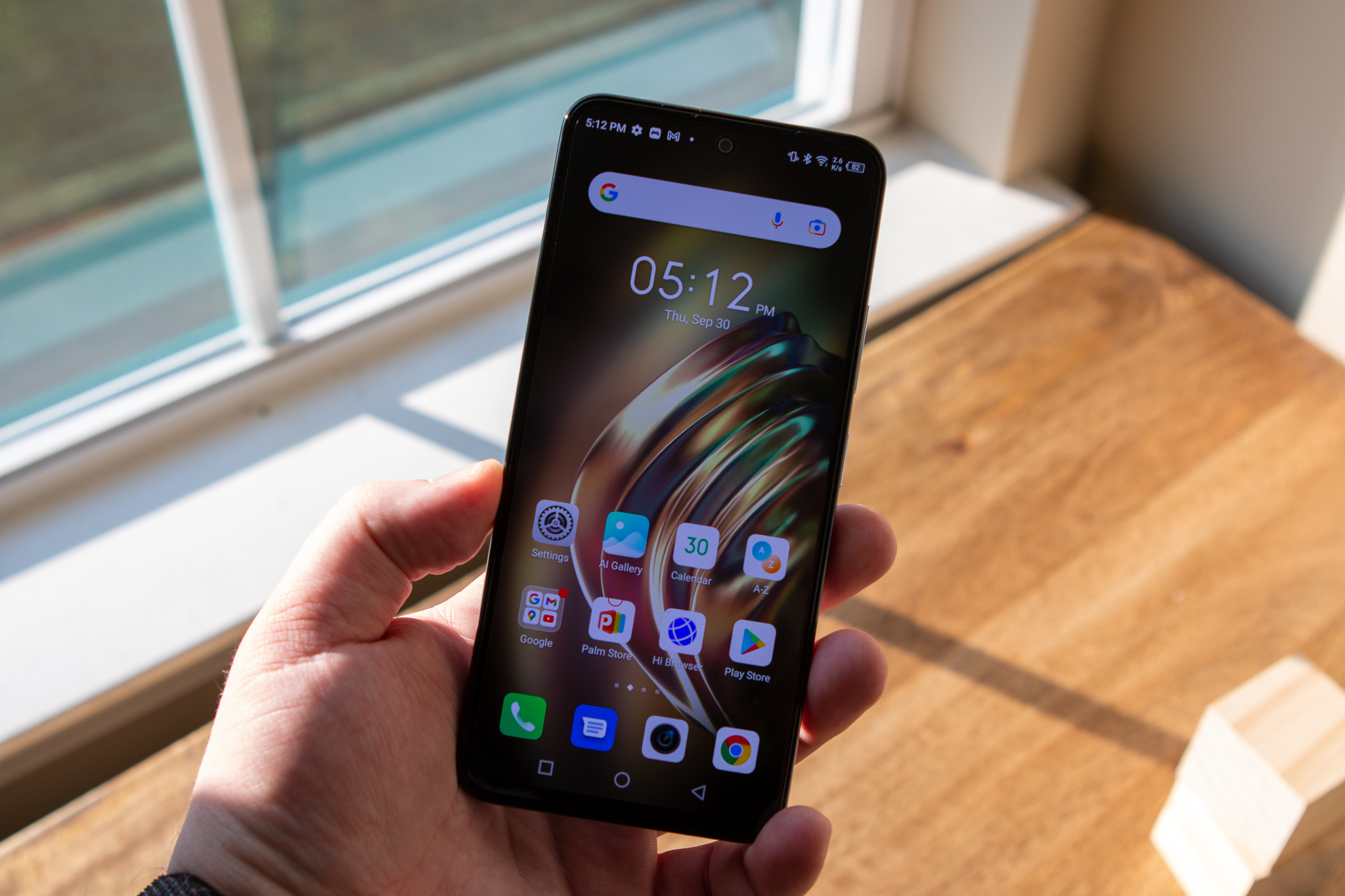 Actually using the phone as a phone and not just a camera, you might be met with a bit of mixed bag of tricks. The Zero X Pro is using the company’s XOS operating system, which is based on Android 11. And for the most part, the software doesn’t try and do too much extra, other than providing software tweaks to make things more “unique” compared to your average smartphone.

Powered by MediaTek’s Helio G95, the Zero X Pro isn’t going to win any awards for being the most powerful phone on the planet. And that’s just fine by us. In our testing, the Zero X Pro lined up with the likes of the OnePlus Nord N200 and the Redmi Note 10 Pro in both single and multi-core scoring. However, it blew away both of those devices in PCMark, scoring 9601 compared to the 7148 from the Nord N200 and 8050 from the Redmi Note 10 Pro.

And in using the device, we never really felt any lag or stuttering, even when switching back and forth between apps or playing games for a little while. The phone would definitely heat up when playing Call of Duty: Mobile and Madden ’21 for an hour or so, but that was to be expected. The heat was never anything more than just making you realize that the phone is warmer than normal. 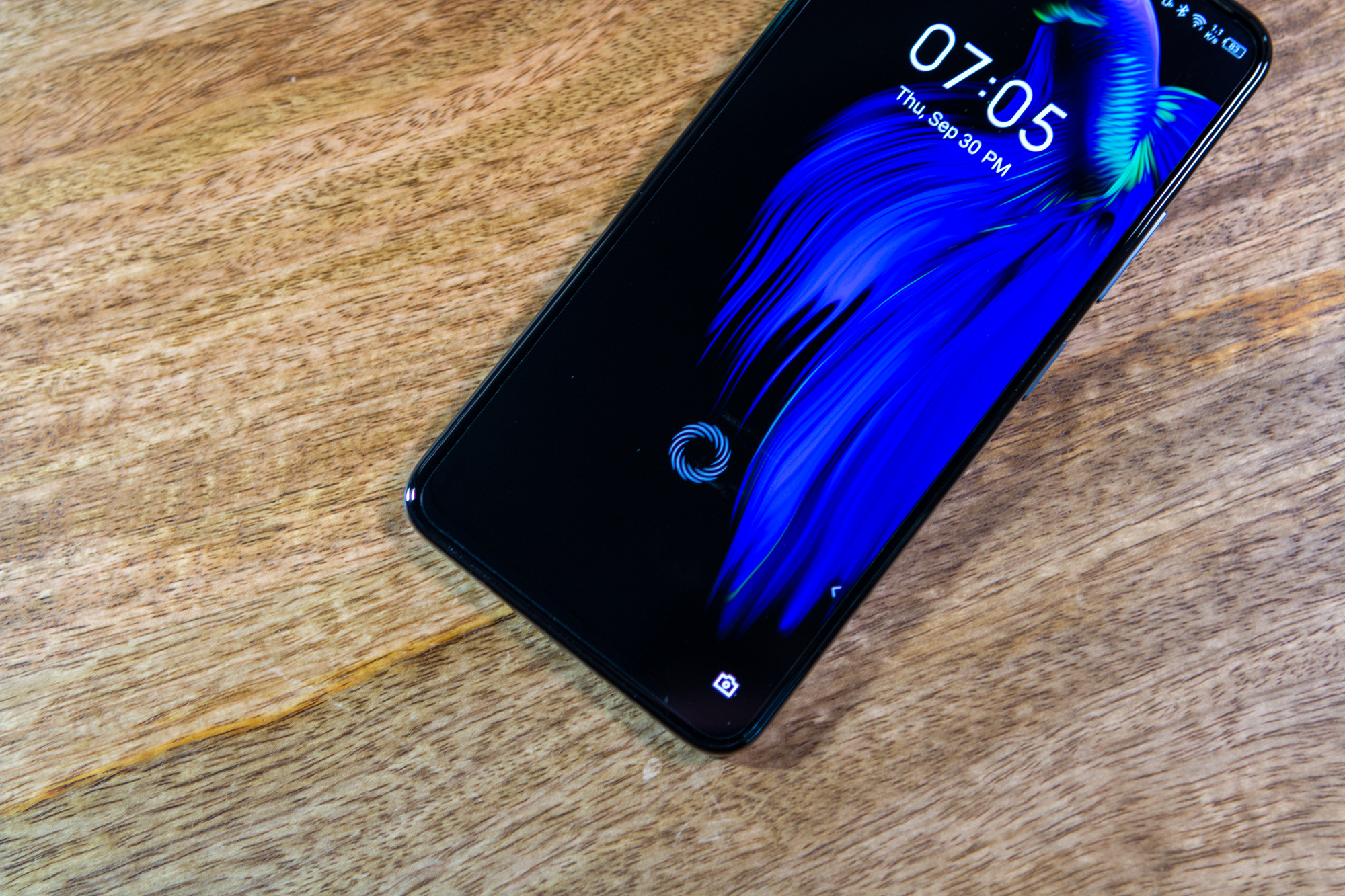 The first big source of frustration comes via the in-display fingerprint scanner. I have registered multiple fingerprints, removed them all, and tried again. It’s impossible to “quickly” unlock the Zero X Pro with the fingerprint scanner. From adjusting the pressure and moving my fingers around, not only is the scanner slow (when it works), but it doesn’t even recognize my fingerprint about 75% of the time.

We’ve arrived at an instance where we would have liked to see a side-mounted scanner. Obviously, some might want a rear-mounted fingerprint scanner, but that would take away from the gorgeous design on the back.

The second frustration that you might run into is in terms of battery life. In our testing, the Zero X Pro lasted for just under 8 hours using PC Mark’s Android Battery Test. This is among the lowest that we’ve seen compared to other devices we’ve tested this year. So needless to say, you’ll definitely want to keep a portable charger close by. Thankfully, Infinix includes a charger in the box, and the Zero X Pro is capable of handling speeds up to 45W which is a nice touch.

Putting the camera to the test 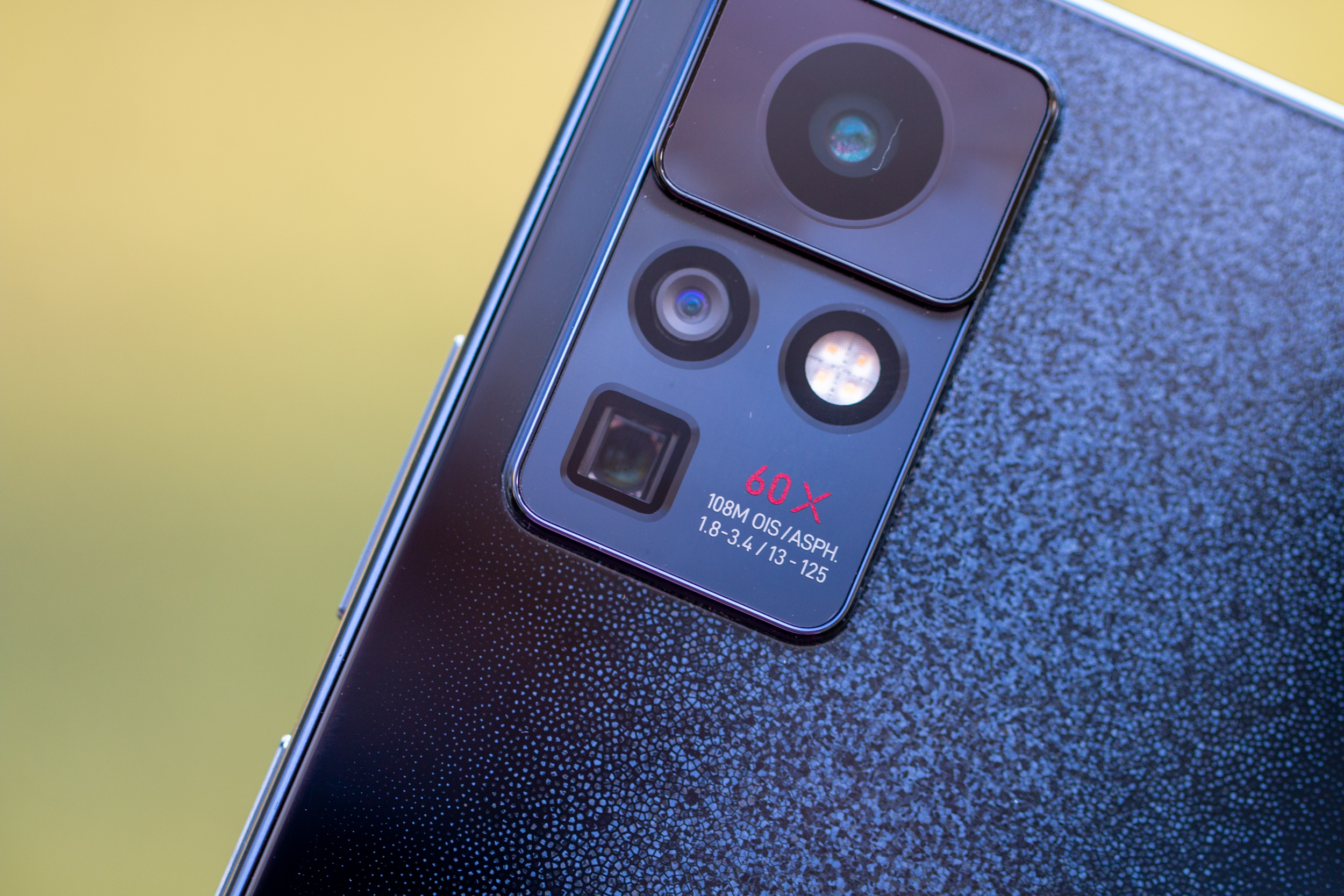 Truth be told, I was excited to put the Zero X Pro through its paces just because of the cameras alone. Instead of including the same macro and depth sensors we’ve seen on just about every mid-range and budget phone, Infinix did it right. The phone is headlined by a 108MP wide-angle camera, while being accompanied by an 8MP ultra-wide lens, and an 8MP periscope telephoto lens. Regardless of the actual results, it was extremely refreshing to see a company actually try to provide a solid camera system.

Before getting into the fun stuff, the camera app layout includes much of what you would expect. There’s are AI and HDR toggles at the top to help push the limits of the camera. And with the AI mode enabled, your phone will try and take the best pictures based on what it is that you’re looking at.

But there’s also some extra fun packed into the Zero X Pro’s software, and that’s the in-house Galileo Engine for the Moon Mode. This was announced alongside the Zero X series, and is described as such by Infinix:

Looking at images taken with the traditional and AI modes, the Zero X Pro performs admirably. Some images look crisp, but there were definitely times where it seemed like the phone wasn’t exactly sure who to balance the colors. This is a quick fix, if you have the time, as you can just jump into Pro Mode and get the shot you want. 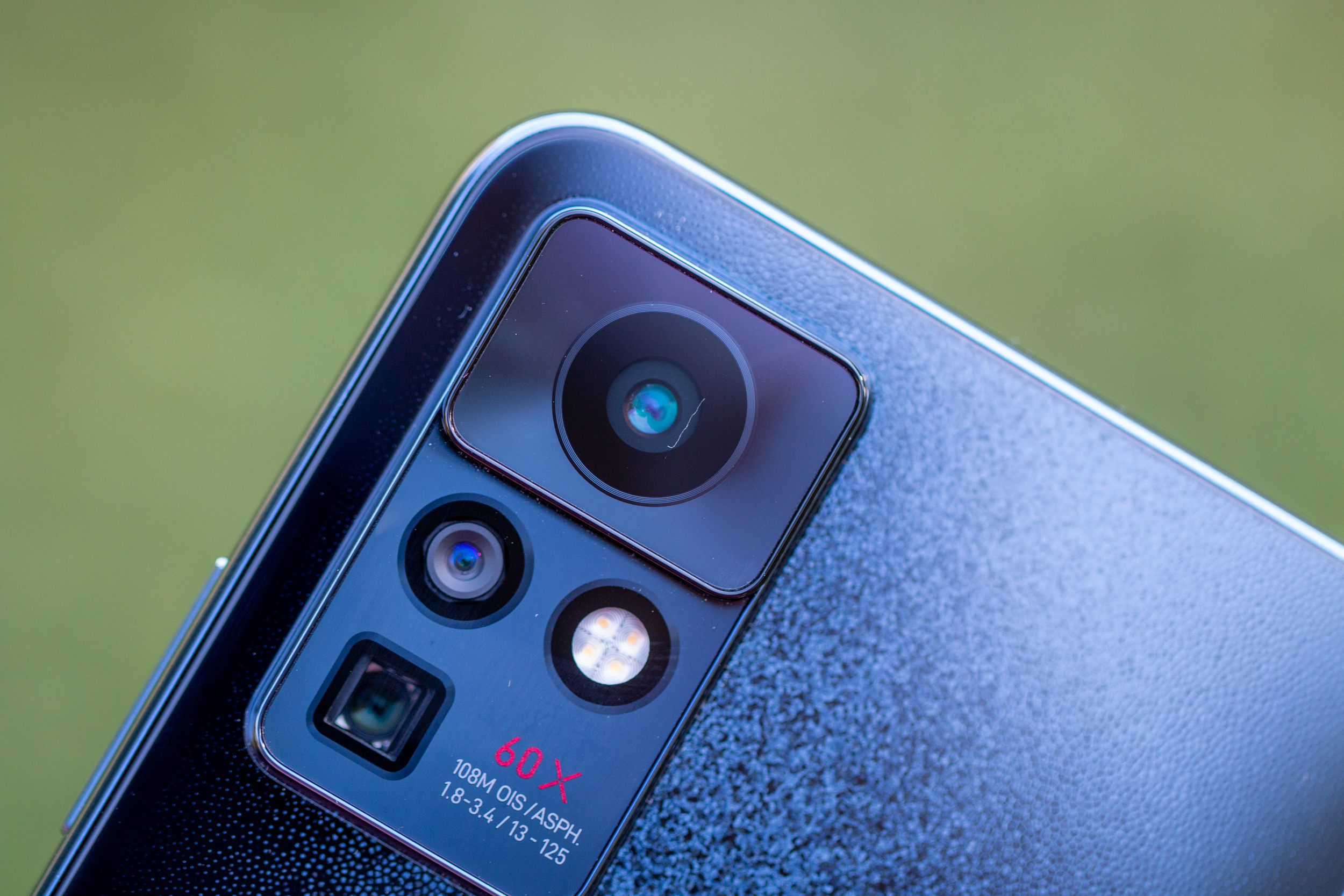 As for those “moonshot” photos, things were a little bit different. We’re not sure if the problems rely only on us, but the best result I could get looked only slightly better than a literal potato in the sky. Following the guidance provided by the app resulted in a frustrating result.

Considering that Infinix is relying on an algorithm to provide the “Galileo” images, this is likely something that can be tweaked and fine-tuned in future updates. But if you were hoping that the Zero X Pro could really rival the Galaxy S20 Ultra or S21 Ultra, you’ll be more than just a little disappointed. 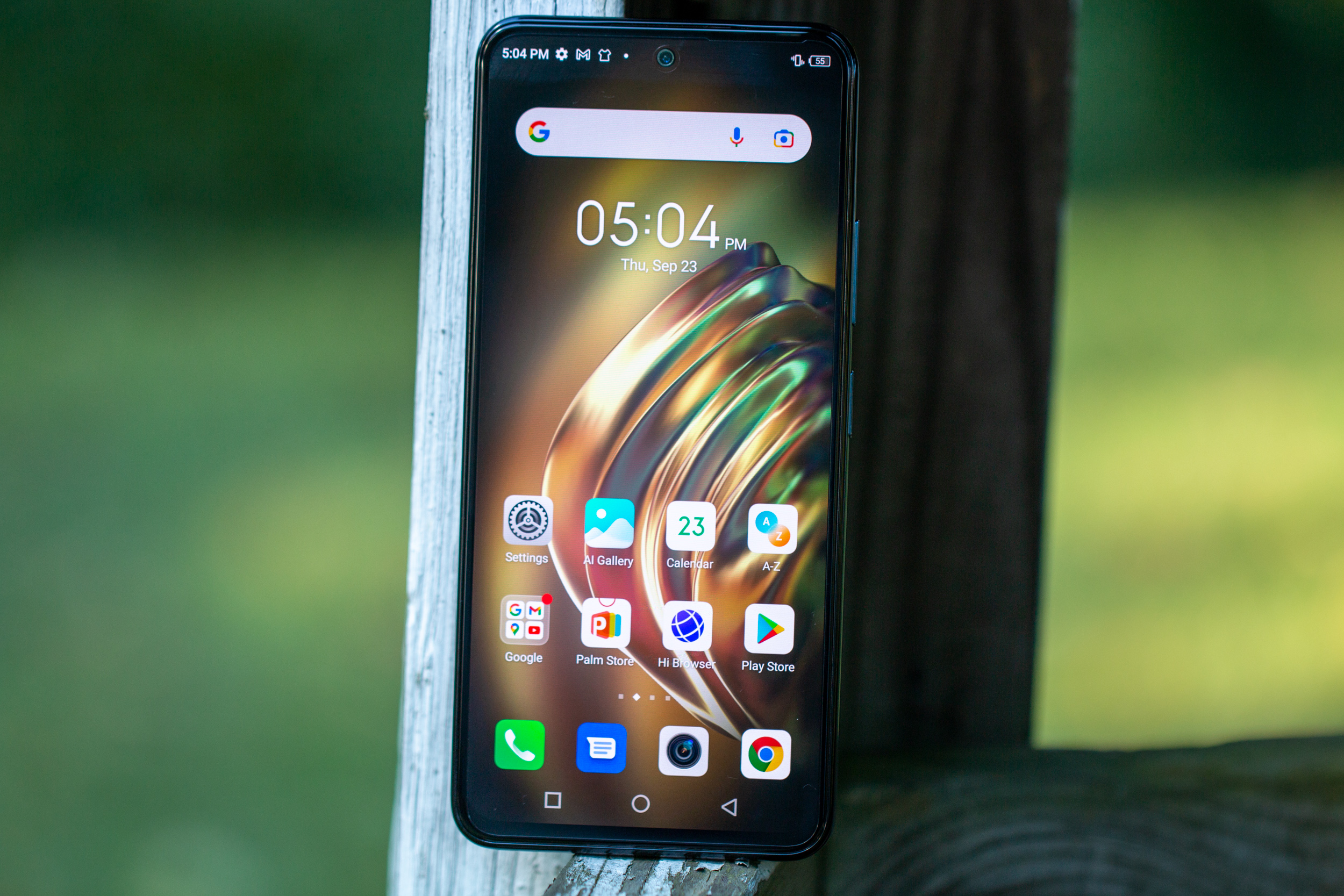 Even with the disappointing battery life, and the fact that the Galileo algorithm isn’t really quite up to snuff, the Infinix Zero X Pro is actually a solid budget option. As long as you temper your expectations going in, you should have no major issues with the device.

It’s just frustrating when so much hype is put into a single feature, and that one feature falls flat. Couple that with the fact that Infinix is only offering the Zero X Pro in select regions (not the U.S.), and it’s not the greatest recipe for success.

Although the Infinix Zero X Pro looks gorgeous, is comfortable to hold, and hits us in the nostalgia bone, the defining feature doesn’t hit the mark. The Moon Zoom functionality resulted in disappointing pictures that leave us hoping for future software tweaks.