The whole spat between the US and China has caused some companies to get caught up in the crossfire, like Huawei, who is probably one of the biggest casualties of this trade war. The US government has not only blacklisted them, but have also persuaded their allies to not use Huawei’s communications equipment over fears of spying on behalf of China.

Naturally, Huawei has denied those claims, but it seems that their denial might be harder to believe, especially with recent allegations coming to light. In a report from the Wall Street Journal, an US contractor Business Efficiency Solutions (BES) has filed a federal lawsuit against Huawei.

The company is alleging that Huawei apparently pressured them into installing a data backdoor in one of their systems for a law enforcement safer-cities project in Lahore, Pakistan. This backdoor access would allow Huawei to collect sensitive citizen and government data that was “important to Pakistan’s national security”.

BES alleges that they initially wanted to ask the Pakistan government permission first before granting access, and they claim that Huawei insisted that they did not need permission, and that they threatened to end their deal if BES did not move forward with their plans.

The EU might soon mandate the scanning of enc

How to remove your personal information from 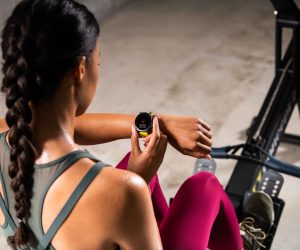