Samsung’s Exynos chipset with AMD graphics is destroying the competition

Samsung’s efforts at making their own chipsets have been a bit of a mixed bag. For a while it looked like they were on par with Qualcomm, then for a period of time, they started to fall behind hard, but now they’re back, but it seems that they might be back in a bigger and better way.

Some of you might recall that Samsung is working on a new Exynos chipset with AMD’s graphics inside of them, and it turns out it was a great decision because leaked benchmarks shared on Twitter by Ice Universe has shown that it is absolutely demolishing the competition, like Apple’s iPhone 12 Pro Max.

Exclusive: Samsung is testing the AMD GPU in the new Exynos, and the Wild Life test on the 3D Mark has scored 8134 points. It is worth mentioning that the CPU in this test is A77 architecture, for reference only. Each test has different results, we need to wait for more results. pic.twitter.com/Rej9vqyP6s

According to the tweet, the Exynos chipset with AMD graphics managed to score a whopping 8,134 points on 3DMark. To give you some context, the current Exynos 2100 chipset used in the Samsung Galaxy S21 Ultra 5G only managed to score 5,130, while Apple’s iPhone 12 Pro Max managed 7,442.

Assuming that these benchmarks are accurate, it is a very impressive effort by Samsung and we imagine that future generations can only get better. That being said, this is just one benchmark so it’s not enough to paint an entire picture of the chipset’s capabilities, but so far it looks quite promising. 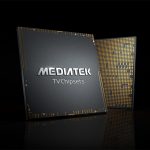