Verizon sells off its media business, including AOL and Yahoo, for around $5 billion

In a surprising move for a Monday morning, Verizon has announced that it has sold off its “Verizon Media” business for around $5 billion. The sale includes Yahoo and AOL, which have been operating autonomously from Verizon ever since the two companies were acquired in 2017 and 2015, respectively.

In the deal, Verizon will receive around $4.25 billion in total, while maintaining a 10% stake in Verizon Media. The business was sold to Apollo Global Management, which currently owns the Venetian resort in Las Vegas and retailer Michaels.

“We are big believers in the growth prospects of Yahoo and the macro tailwinds driving growth in digital media, advertising technology and consumer internet platforms. Apollo has a long track record of investing in technology and media companies and we look forward to drawing on that experience to help Yahoo continue to thrive.”  – David Sambur, Senior Partner and Co-Head of Private Equity at Apollo.

This deal may come as a surprise, as Verizon Media has been growing over the past two and a half years, with year-over-year growth over the past two quarters. However, it just seems that Verizon is trying to get out of the Media game altogether, seeing as it will be losing around $4.55 billion after seeing how much was paid for AOL and Yahoo.

To go along with the move, both Verizon and Apollo announced that the media company would be re-named, all being bundled together under the Yahoo branding. The deal is expected to be closed in the second half of 2021. 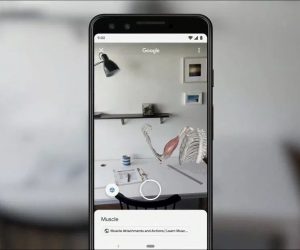 In an update to the Google Translate app, Google has replaced the camera function with Google Lens.