5G has been expanded and made more available much quicker than some though it would, with Verizon, AT&T, and T-Mobile all making moves to ensure its customers have the fastest network speeds possible. Some of the decisions haven’t exactly panned out, as there are some carrier subscribers that are still without steady 5G connectivity in the same fashion that 4G LTE is available, but that’s to be expected in the “infancy” of 5G.

Earlier today, AT&T announced some new plans for its attempts to get 5G into the hands of more of its subscribers. Now that the T-Mobile/Sprint merger has finished and those customers are all now T-Mobile users, AT&T has dropped to the third-largest carrier here in the U.S.

Starting later this month, those who are still on older unlimited plans with AT&T and haven’t wanted to upgrade plans for cost reasons or older features no longer available, 5G connectivity will be coming. But the best part is that you won’t have to be concerned with any extra fees being tacked onto your plan, as AT&T will just be flipping the switch for those subscribers.

While this is a great move for existing AT&T subscribers, perhaps even bigger news will help AT&T take a chunk out of T-Mobile and Verizon. The company announced that it was awarded additional mid-band airwaves to the tune of $27.4 billion. AT&T will begin rolling out this new spectrum by the end of 2021, with plans to provide better network coverage to up to 75 million people. By the end of 2023, AT&T predicts that the spectrum roll-out will end with covering more than 100 million people.

Additionally, AT&T plans to bring its 5G+ network to 17 different sports and entertainment venues across the States, bringing the total up to 40. 5G will also be coming to “numerous university campuses” by the end of 2021, putting 5G in the hands of students and professors at the likes of Purdue University, the University of Miami, and many others. And it won’t be long before you’ll be able to enjoy 5G+ at your favorite retailer, as AT&T confirmed plans to bring the network to more than 30 retail locations by the end of the year.

AT&T is seemingly making all of the right moves and investing its funds in the 5G spectrum needed to bring the fastest network speeds to as many customers as possible. The 5G race is well underway, but it’s definitely far from being over, and AT&T hopes to make some waves. 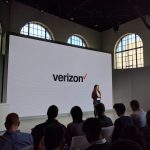