Start up the hype machine: OnePlus begins teasing “something new” on March 8th

It’s been about a month since the Galaxy S21 lineup was put into the hands of the masses, and we’ve only seen a couple of smartphones announced since then. It was only a matter of time before we heard anything from OnePlus, but the wait is almost over.

Earlier today, Pete Lau, CEO of OnePlus, shared an image of Earth with the moon in the foreground stating that “something new is on the horizon.” It’s pretty obvious at this point that this will be the introduction of the OnePlus 9 lineup, which has been rumored for a few months now.

What makes this interesting is that the official OnePlus landing page for this announcement is ‘oneplus.com/moonshot‘. There have been rumors and leaks suggesting that OnePlus will be partnering with Hasselblad for the cameras on at least one of the upcoming smartphones, if not all three of them. ‘Moonshot’ is a pretty strong indicator that the partnership is real, especially when you consider that Hasselblad cameras were used when U.S. Astronauts Buzz Aldrin and Neil Armstrong took the first steps on the moon.

In addition to being a hat-tip towards Hasselblad cameras, we wouldn’t be surprised if OnePlus also introduces some type of “Moonshot” camera capabilities. We’ve seen what’s possible thanks to the zoom camera used on the Galaxy S21 Ultra, and it’s clear that OnePlus is trying to keep up with Samsung, so this wouldn’t come as a surprise.

Over the weekend, we learned that the event on March 8th could provide a total of four new OnePlus devices. There are three OnePlus 9 smartphones – OnePlus 9, OnePlus 9 R, and OnePlus 9 Pro. But it also seems that the company is finally ready to show off its first smartwatch. The rumors also suggested that the OnePlus 9R will be powered by the Snapdragon 690 chipset and will be placed in-between the OnePlus Nord lineup and the flagship OnePlus 9 devices. Speaking of which, it’s expected that both the OnePlus 9 and 9 Pro will be powered by the Snapdragon 888, which is the processor found in many flagships that we expect to see released over the course of 2021.

Are you excited to see what OnePlus has been working on? Let us know in the comments below! 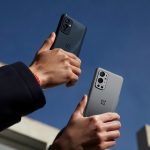 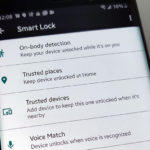 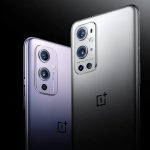 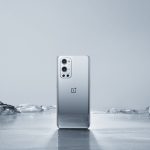 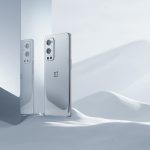