LUMI review: not your typical keyboard

The Roli Lumi keyboard is an interesting new way to learn how to play the piano. The LUMI keyboard is essentially a midi controller with light-up keys that pairs to an app on your smartphone or tablet to walk you through a wide range of music lessons intended to teach scales, chords, different playing techniques, and how to read sheet music.

The idea is that LUMI will introduce you to the piano and teach you the basics without paying for lessons or needing to commit to a large keyboard that can take up a corner in your living room. To find out if it’s actually worth it, I handed LUMI off to my daughters for a few months to see if LUMI’s all-in-one system was the right fit for them. 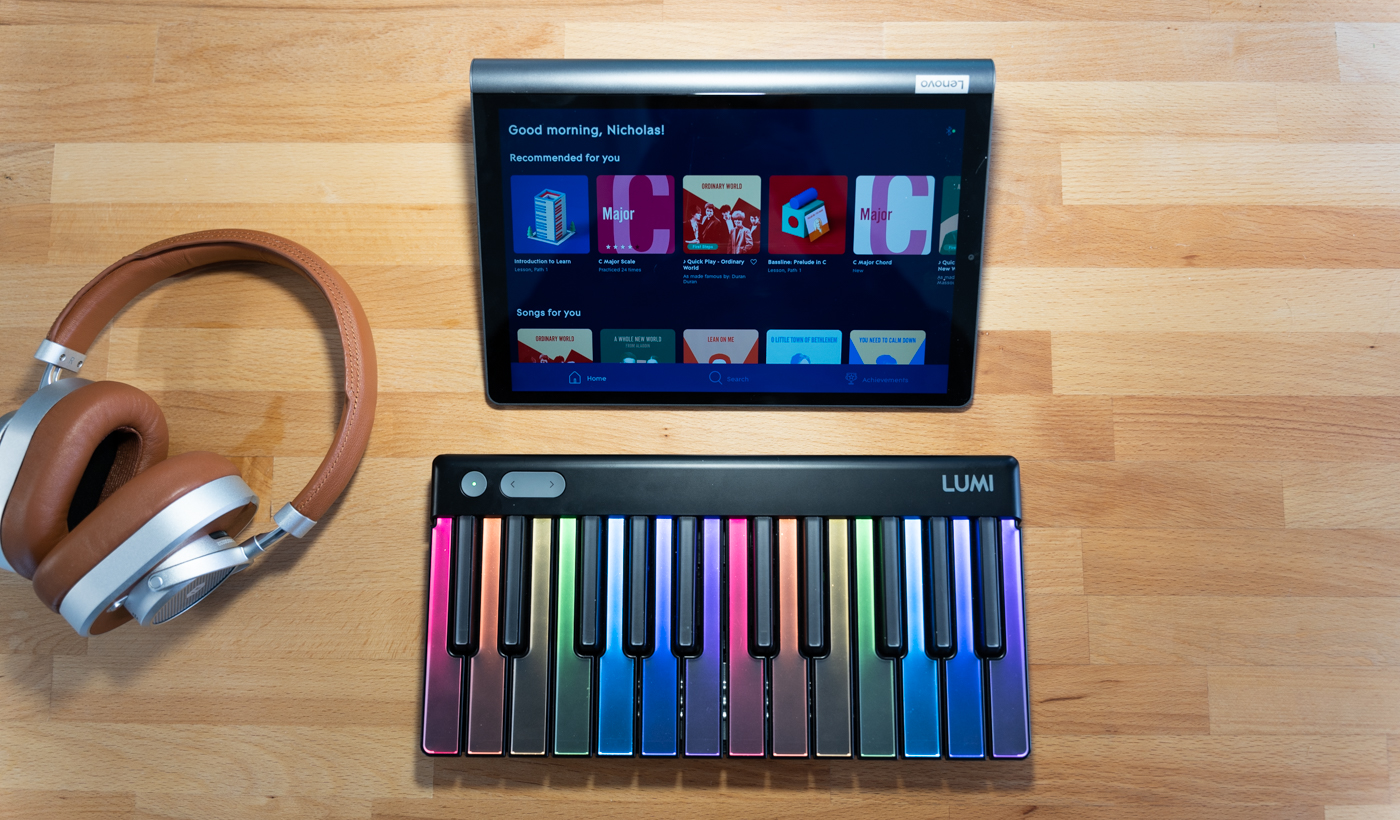 Investing in an instrument isn’t cheap. Buying the LUMI will set you back $299, but the company is currently offering a $30 discount while throwing in a free case. The price isn’t outrageous when compared to a high-end mini controller, but there are certainly a lot of cheaper options, even if you go with a Yamaha NP12 61-key keyboard.

On top of that, the LUMI app will prompt you to upgrade to a monthly subscription to unlock premium contemporary songs to play along with. The price for the subscription is $9.99 per month, but if you’re willing to commit to it for a full year the price gets cut down to $6.67 per month if you pay for the full year upfront.

The subscriptions are definitely a lot cheaper than finding a piano teacher, but online lessons through Hoffman Academy (which our oldest daughter used for two full years) will likely deliver a better experience. 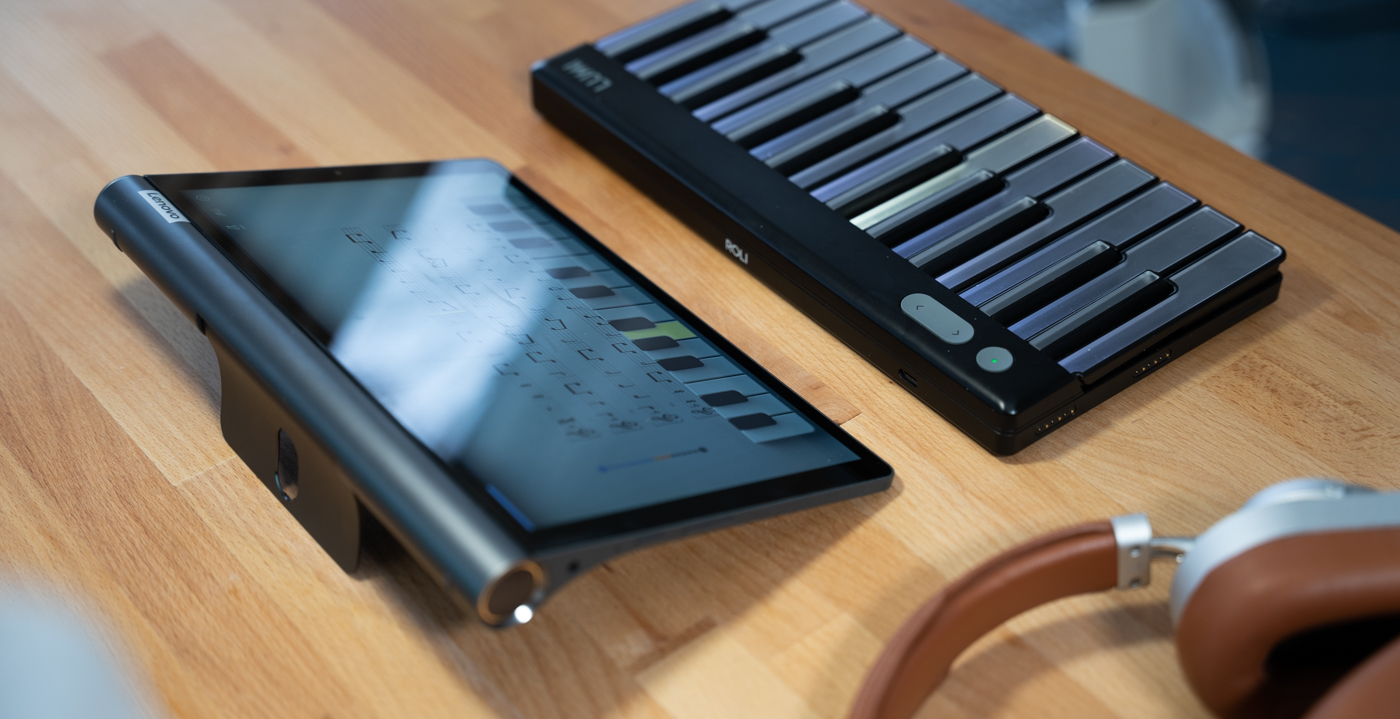 The LUMI keyboard and its two-octave range has, shares more similarities with a midi controller than an actual keyboard. So much so that your LUMI will be fully compatible with the Roli Studio software when you pair it with your computer.

The keyboard also includes Roli’s connector pins on the side so that it can be connected to Roli’s Seaboard, Lightpad, and Control Blocks. And while you might think that LUMI’s whole-key illumination is the standout feature, it also has the same per-key pitch bend and polyphonic aftertouch effects as Roli’s Seaboard products.

The keyboard itself is pretty simple with two octaves of keys, a power button, flanked by octave shift keys so that you’re not stuck playing the same two octaves all the time. It features a rechargeable battery so that the keyboard doesn’t always need to be plugged in. The battery is charged via the USB C port on the back which also doubles as the data port for plugin LUMI into a computer.

As already mentioned, the keys are fully illuminated to help with the lessons when paired with the LUMI app, but Roli has added velocity sensitivity and After-Touch so that the volume of the keys you play affects the volume of the note and can also be used to add special effects to certain instruments when LUMI is paired with other software.

While the keyboard itself looks cool, it doesn’t feel like an actual piano, or for that matter, other keyboards. The key plunge is too shallow and the mechanisms make the keys feel mushy. You’ll immediately notice how different LUMI feels if you’re a piano or keyboard player, but if you’re a novice or are picking up LUMI as a midi controller, the feel shouldn’t be much of an issue.

One thing to note is that LUMI needs to be connected to a computer, smartphone, or tablet for it to make any sound. This is not a digital keyboard that your kids will be able to use in their room to make music on their own since there is no built-in speaker or audio-out port. 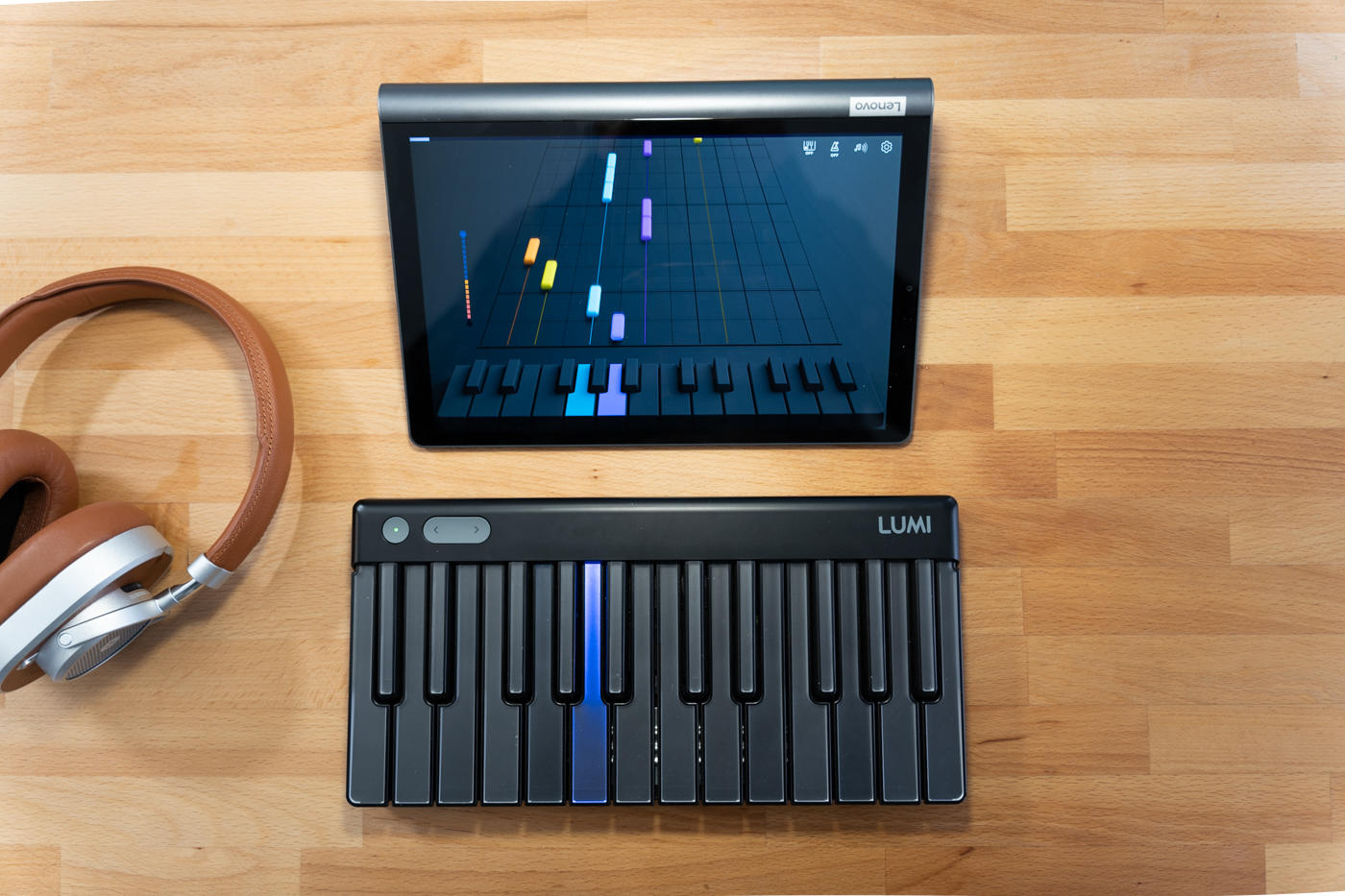 The LUMI Music app is what’s being used to really sell the LUMI keyboard. The app is compatible with Android and iOS devices and can be used on a phone or tablet, but I recommend only using it with a tablet (the larger the better) since a larger screen will make it easier to see the lessons you’re watching.

To teach you the basics, the LUMI app includes dozens of professionally recorded videos with instructions teaching you about the various parts of the piano, playing techniques, and everything you’d expect from a teacher who’s walking a new student through their first piano lessons.

For those who choose not to pay for the premium subscription, all lessons need to be completed within a section before you’re able to unlock the next step up. Premium subscribers don’t have this limitation, allowing them to jump around to whatever lesson they want. This was helpful for my oldest daughter since she’s been playing the piano for 4 years and would be extremely frustrated if she had to start for the very beginning.

When playing songs, the LUMI apps gives users four different modes that allow you to follow along with the music on the screen.

While the LUMI app has quite a few songs for you to learn with the basic free version, you’ll likely want to take advantage of the added catalog that’s available through the paid subscription. Not everyone will want to pay the monthly fee, but there is some value built-in since the song you unlock are the actual songs from artists like Katy Perry, Coldplay, Sia, and more.

My only complaint is that the notes for the music are typically for the vocal melody of the song, not the accompanying music. 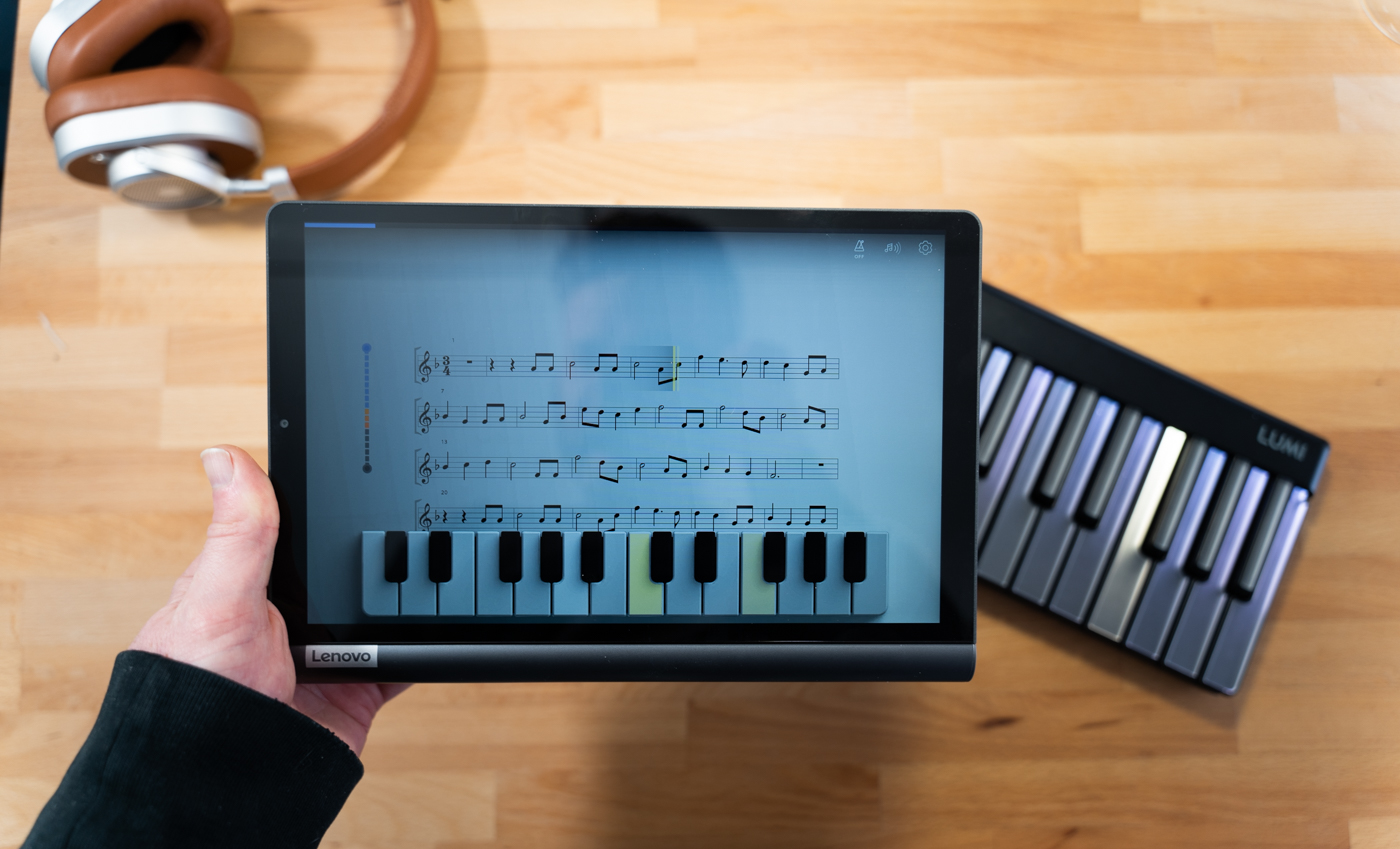 After two months of watching my two daughters use LUMI, I’m not fully convinced that it’s the best way to spend your money if you or your child is interested in learning how to play the piano. The LUMI Keyboard and the LUMI Music app are both good products, but I don’t think they offer the right value for a product that’s being pitched for beginners.

My youngest daughter, who has never had a piano lesson (besides what her older sister has taught her) flew through the LUMI lessons in the app within two weeks. While she did learn a lot, she abandoned LUMI quite quickly in favor of taking her newly-found skills to our full keyboard in the living room where she didn’t have to hassle with being connected to the tablet and could play all 88 keys.

What my girls use LUMI for the most is being able to experiment with all the amazing sounds offered by the Roli Studio software when connected to a computer. After the first month of having LUMI, that’s all they really use it for.

As of now, neither of them are taking advantage of using the LUMI as a mini controller to produce their own music. It’s still just a toy to them, but I can see the LUMI taking on new life once they get to know it more as a creative tool.

Personally, I wouldn’t spend $300 on LUMI if all I was looking for was a small keyboard to see if my children were interested in learning how to play the piano. There are literally hundreds of cheaper and less complicated options available for that. But if you’re on the market for a unique midi controller and love the look of LUMI’s illuminating keys, it’s definitely worth it when you consider the added functionality that it comes with.