The majority of Android smartphones typically get two years of major updates, meaning it goes from one version of Android to another, like Android 10 to Android 11. They also get a few years of security updates that will patch security flaws, vulnerabilities, bugs, and so on.

If you feel that those windows are a bit too small, you’ll be pleased to learn that both Google and Qualcomm have announced that starting with the Snapdragon 888 chipset, Android phones moving forwards should be capable of supporting at least three major OS updates and four years worth of security updates.

For those unfamiliar, Project Treble is Google’s attempt at changing the way Android is structured so that it is easier for handset makers to deliver software updates. The downside is that in turn, it actually made it harder for chipset makers, such as Qualcomm, to support such updates. However, Google has since worked with Qualcomm to address that issue, which they now have.

What this means is that moving forwards, phones using Qualcomm’s chipsets should be able to support longer software and security updates. This is by no means a guarantee though, because at the end of the day, it is up to the phone’s manufacturer to issue the update. If a company chooses to stop supporting their phones after the two year mark, then there’s really not much that can be done.

This, however, does make phone manufacturers slightly more accountable because if the chipset can support longer updates, then there really is no reason why the manufacturer wouldn’t as well. 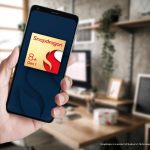 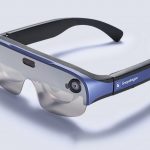