To be honest, wireless charging pads are a dime-a-dozen, but the problem with the majority of the market is the reliability. You can pick up a wireless charger for less than $10, but chances are, you’ll end up needing to replace it sooner than later. It’s a problem we’ve seen in wireless chargers from a variety of different companies over the years. 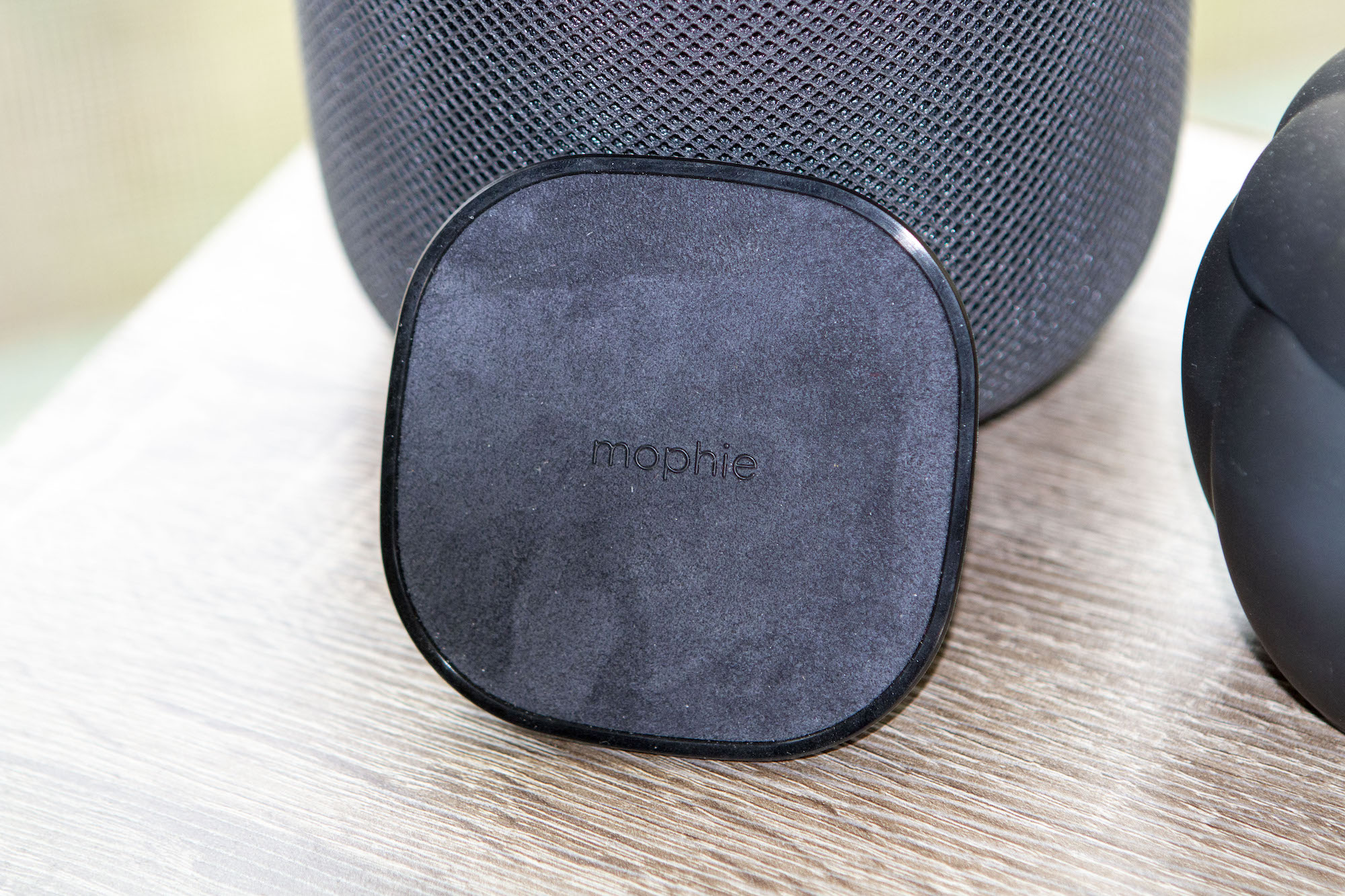 Frankly, there’s nothing super-special about the 15W Wireless Charging Pad when you look at it for the first time. Then, once it’s actually in your hand, there are a couple of nice touches that Mophie has included.

The first of which has to do with the charging pad itself. Instead of relying on the same plastic material for the top, there’s a nice microfiber-like fabric with the Mophie logo embossed in the middle. It’s soft to the touch, and won’t leave any weird residue on your phone or headphones while charging.

On the front of the charging pad, towards the bottom, there’s an LED strip. This lights up to let you know that the device has been correctly placed and that the charging has started. 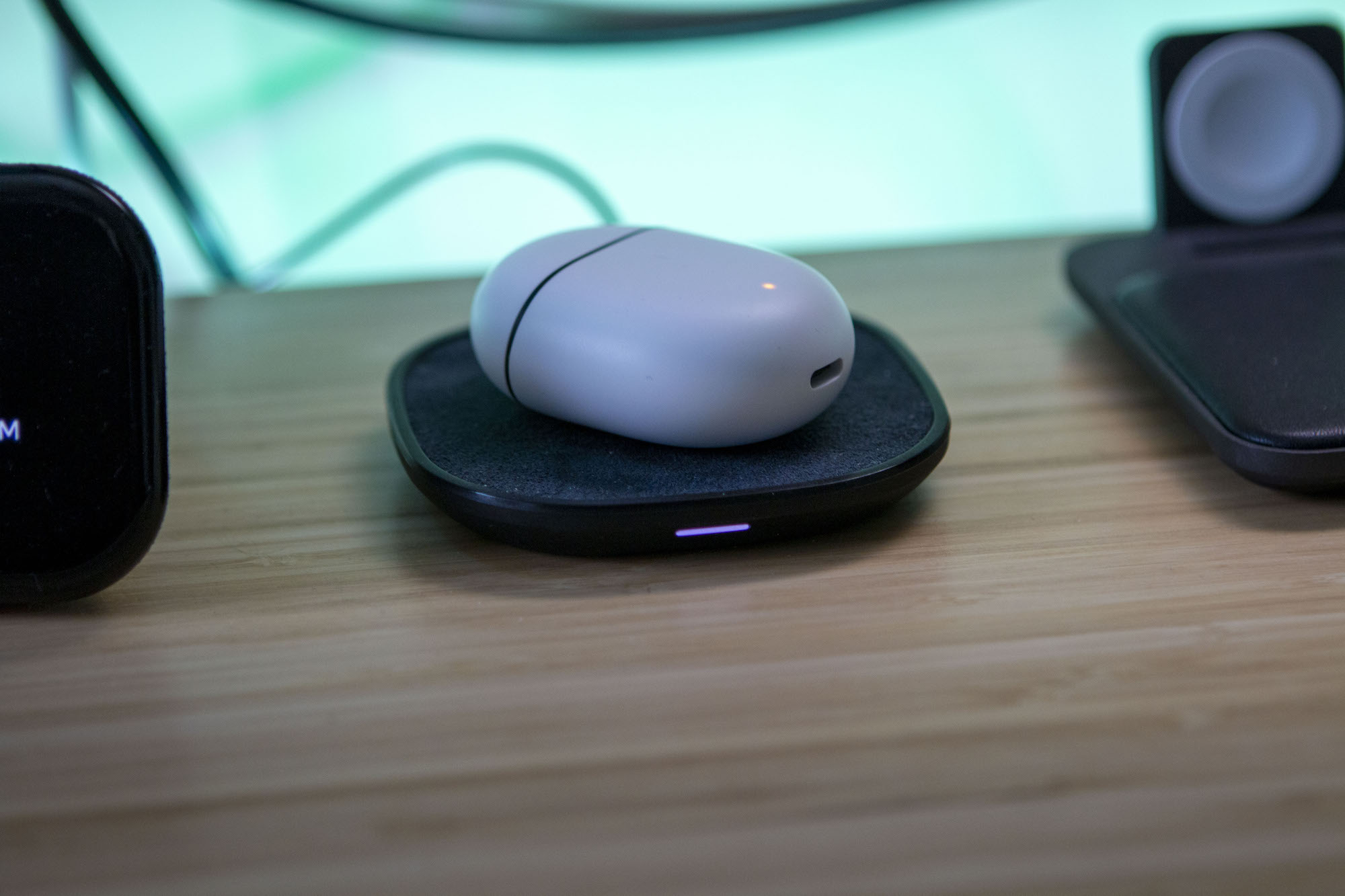 Usually when you get a wireless charging pad, there are “feet” on the bottom. These are designed to keep your charging pad from sliding around, which tends to happen if you are either placing your phone down, or lifting it off of the pad. With Mophie’s option, the entire base is made from a plastic material that feels a bit like rubber. This helps to serve the same purpose, without adding any additional materials to your charging pad. 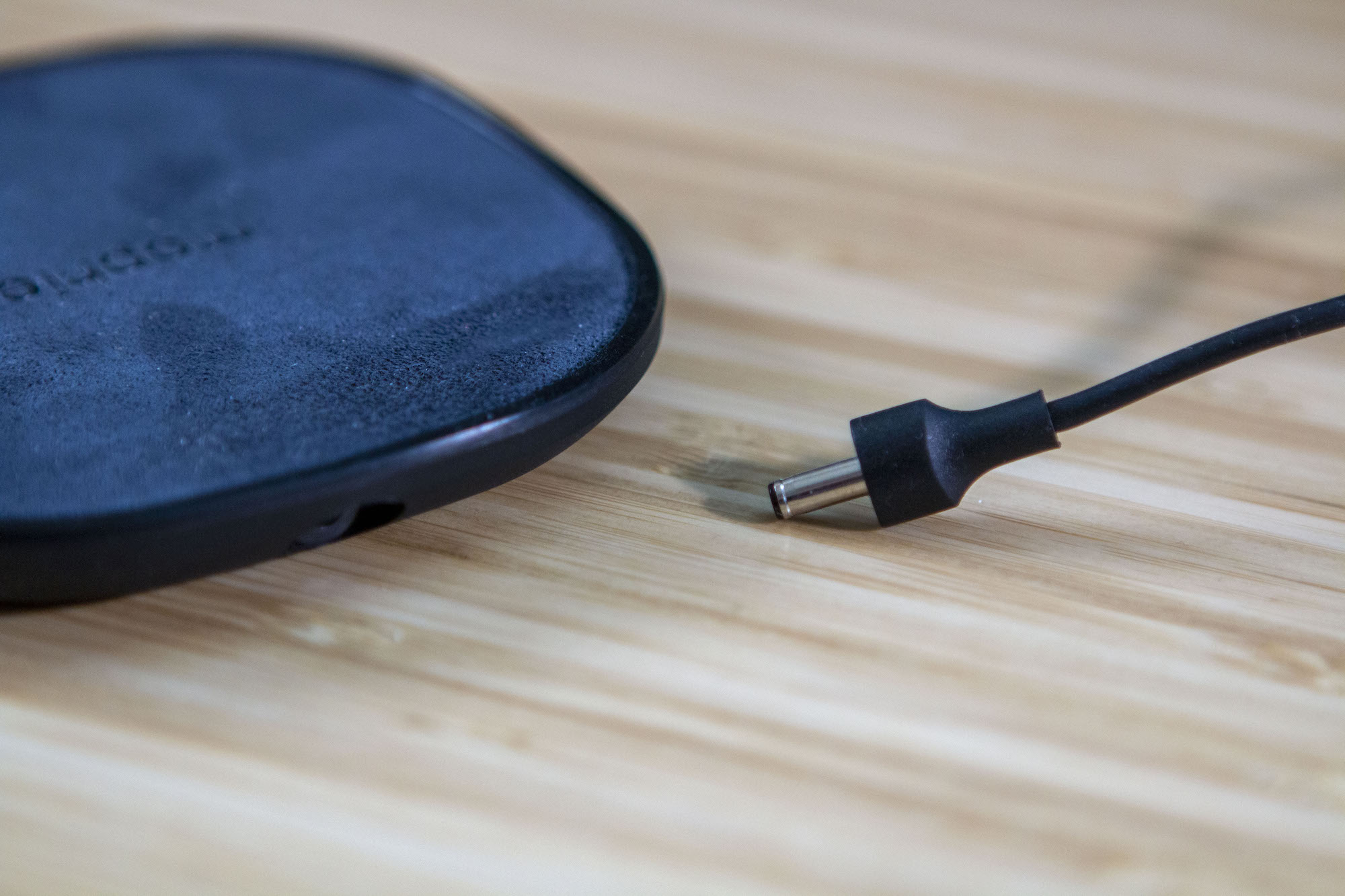 The light doesn’t stay on all the time, which has left me confused at times as to whether my headphones or smartphone is actually charging. I’m not sure how this could really be remedied, but you may end up running into similar “problems” when trying to make sure your devices are still charging.

Although Mophie is known for providing some extremely well-made and well-manufactured products, the truth is that some of them can be a bit pricey. The 15W Wireless Charging Pad falls in this category, as it’s priced at $50, although you may be able to find it on sale at various retailers.

My biggest gripe with the Mophie 15W Wireless Charging Pad has to do with how it plugs into the wall. Instead of relying on a quick charger and USB-C cable, Mophie has opted to go for a proprietary charging system. It’s rather frustrating, as it’s just another type of charger that I don’t have lying around in the event that something happens to the one provided in the box. Maybe this is how Mophie was able to guarantee the 15W speeds with compatible devices, but it’s still rather disappointing.

If you’re in the market for a new wireless charger, and want something a bit more reliable than other options, then the Mophie 15W Wireless Charging Pad is a great choice. But the truth of the matter is that $50 is likely too much for most people to want to spend, even with the quality of materials being used, along with the 15W of charging power. Maybe if this was $25 or even $35 it would be an easy sell, but $50 may just be too much.

The Mophie 15W Wireless Charging Pad offers a small form factor, taking up just a little bit of space. There’s a soft fabric material on the top which adds a nice touch, and the base is made to stop the pad from moving around. However, it’s a bit pricey for a charging pad, and the proprietary power cable is frustrating.