In a world where phone makers are trying to make it possible to re-charge as fast as possible (looking at you OnePlus and Oppo), it’s equally important to have a portable charger that can keep up. So when a power bank maker comes out and says that “this is the world’s fastest charging”, there is some obvious skepticism. Nonetheless, that’s exactly what Real Graphene is doing with its G-Lite portable charger. 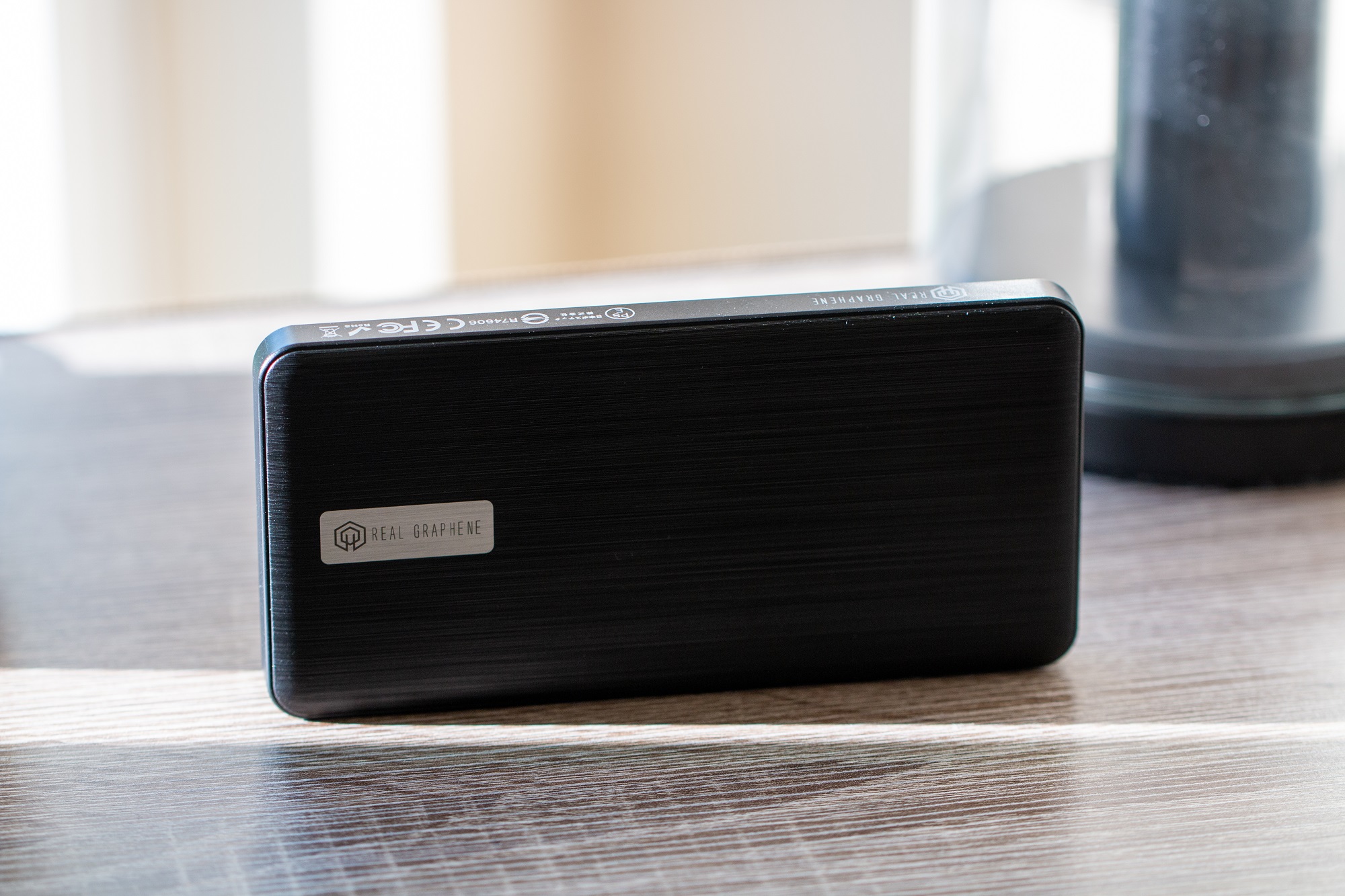 It’s not often you find a company that names itself after the technology being used in whatever product is being sold, but that’s exactly what we find with Real Graphene and its G-Lite 60W charger. Before diving into the charger itself, let’s take a step back and explain what exactly “graphene” is. This was created back in 2004 by two scientists, and is more than 100x stronger than steel, while offering “perfect” conduction of electricity and heat. Since graphene is such a great conductor of electricity, there are no concerns about the battery over-heating despite offering faster charger speeds.

So what’s the difference between this graphene-powered portable charger and the traditional lithium batteries that you have been using for years. In addition to offering faster charging, graphene is also said to offer a longer lifespan for the battery. For the sake of comparisons, Real Graphene claims its G-Lite charger will provide up to 1000 life cycles, while a traditional portable charger at the same capacity will only be able to last for up to 300 life cycles. Then, after a year, the capacity will begin dropping, which is usually the time where you should grab a new charger.

If this sounds familiar, it’s what you would expect to here with the influx of GaN (gallium nitride), but that’s a bit different from graphene. Nonetheless, Real Graphene claims that its 5,000mAh portable charger can give your smartphone a 100% charge in just 17 minutes. So we decided to put this to the test with the RedMagic 5S that we recently reviewed, which sports a 4,500mAh battery. Here were our findings.

So in the span of 50 minutes, the RedMagic went from completely dead to sporting an 81% charge. This is pretty damn impressive, but it’s clear that you may want a larger-capacity battery if you want to be able to fully charge your phone that has run out of juice.

The next question you might have is how long it takes for the Real Graphene power bank to be recharged itself? Well, in our testing we found that it took just 30 minutes to go from completely out of juice to a 100% charge. Granted, this is just a 5,000mAh portable battery so it’s not the largest in the world, but 30-minutes is no-time before being able to get your power bank back to 100%. 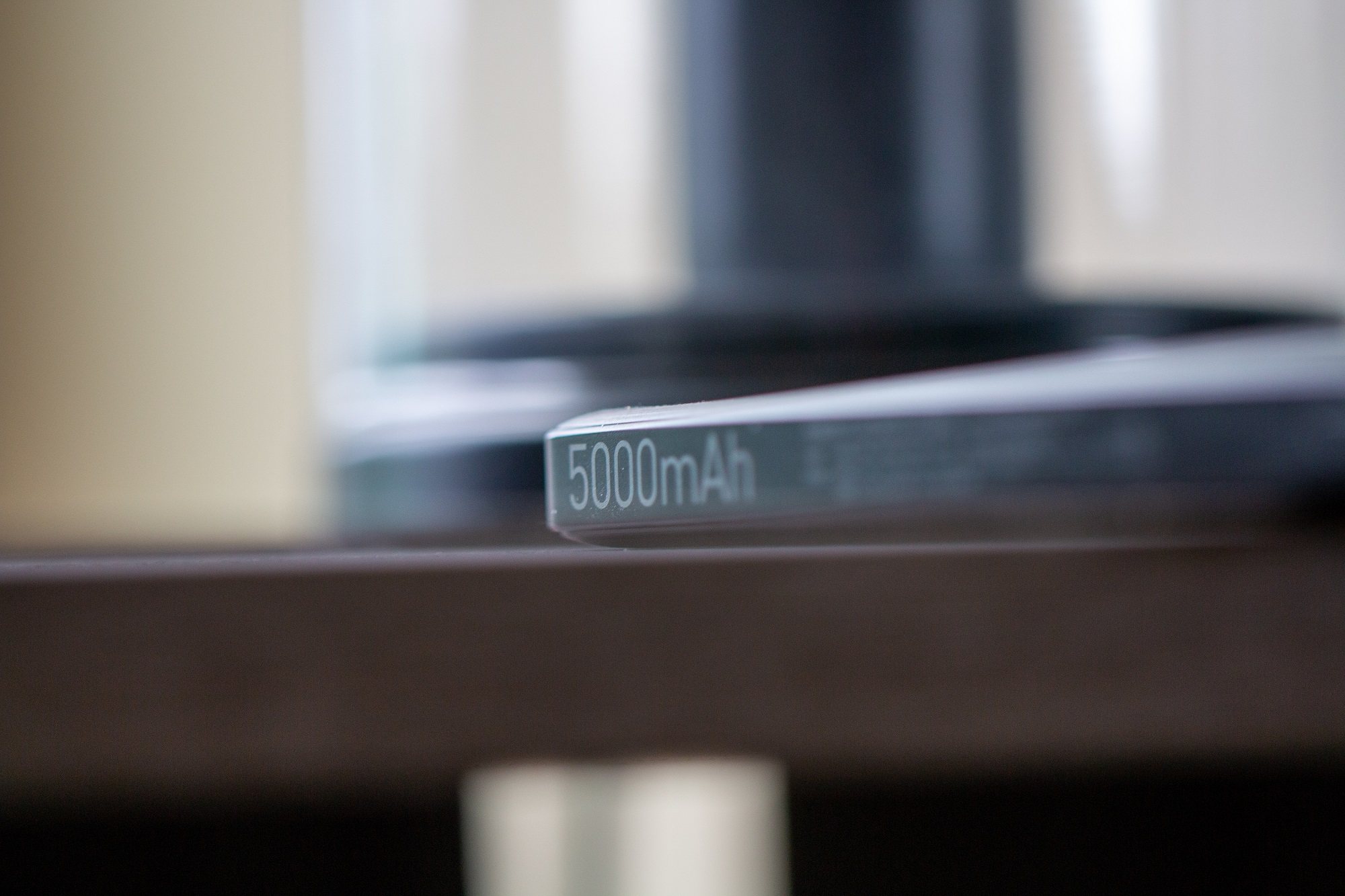 So what does the “world’s fastest charger” actually look like? Well, it looks like 90% of the rest of portable chargers out there, coming in with a candy-bar design. There’s a brushed metal feeling on the top and bottom, with just a plain-jane matte finish on the edges. Real Graphene’s logo is the only sign of branding you can find at first glance, as there’s just a basic plaque on the top of the charger.

Moving to the frame, one side sports all of the necessary regulatory information, along with some another placement of Real Graphene’s branding. Meanwhile, the other side shows off information about what this charger is capable of, including its 5,000mAh capacity and charging speeds. And on the very end, you’ll find the button needed to get the party started. Now for the fun. At the far end of the charger, there are a few LED indicators, with the large one showing you that the charger is powered on, along with four battery level indicators. 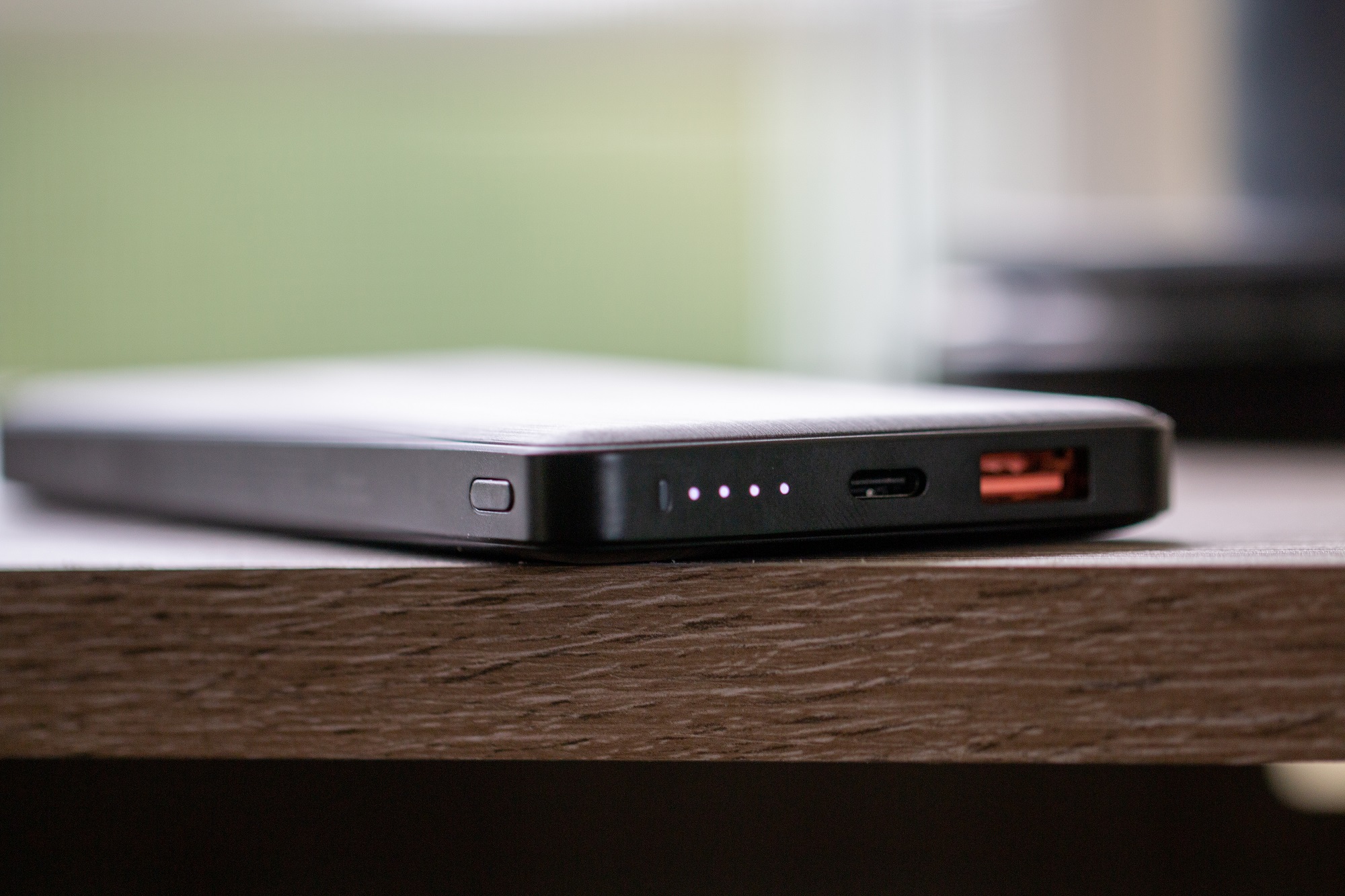 In the middle, there’s the USB-C charging port, with the USB-A Quick Charge plug rounding everything out. But there’s one more trick about the G-Lite which may make folks happy. These USB-A and USB-C ports can also provide pass-through charging. So, if you want to re-charge both your phone and portable charger at the same time, the G-Lite can serve as the “hub” for doing so. It’s nothing incredible, but a nice touch that is welcome and can come in quite handy in the case of a battery charging emergency.

The question you have to ask yourself is whether you want the fastest charging possible, and are willing to pay the price for this new Graphene technology. The Real Graphene G-Lite 60W charger comes in at a retail price of $70, but can regularly be found for around $55 or lower. That’s a steep price to pay, but if you want to pair the fastest phone with the fastest charger, this is the way to go.

The Real Graphene G-Lite 60W charger is rather unique and different from other portable chargers that you’ve seen in the past. You’ll have to pay for the privilege of having the fastest charging possible, but it could be well worth it. Throw in the ability to use pass-through charging, and the G-Lite becomes even more enticing.