“Nearby Share” could be Google’s answer to Apple’s AirDrop

One of the benefits of buying into Apple’s ecosystem is that Apple has baked a ton of useful features across the board that sync well with their devices. One of the more useful features comes in the form of AirDrop, where users can easily share files to other iPhones, iPads, or macOS devices that are nearby.

It turns out Google has something very similar in the works called “Nearby Share”. The feature was initially discovered in the Android 11 developer preview, which hinted that an AirDrop-like feature could be coming to Android devices, but it turns out it could actually be much more than that.

This is because according to a tweet by user @_dinsan, it seems that Nearby Share won’t be limited to just Android devices, but it could also be used on Chromebooks and presumably other Chrome OS based devices. This would make it a “truer” competitor to AirDrop, which like we said, lets users share files across multiple devices like from the iPhone to a MacBook, an iMac to an iPad, and so on.

To Google’s credit, this isn’t the first time the company has attempted to create a wireless file sharing feature. The company had previously incorporated Android Beam into its Android platform that relied on NFC, but this feature never really took off and was eventually removed, so Nearby Share could be Google’s way of redeeming themselves.

Nearby Sharing shows up in #chromebook settings pic.twitter.com/Z2V5UrgPT4

How well it will work remains to be seen, but if you do own Android and Chrome OS devices, then it might be a feature to look forward to in the future. 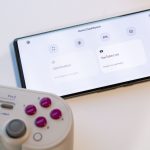