The weather is getting warmer and many of us hear our local golf course calling out to us to come to visit and play. Unfortunately, not everyone has the time or money to get out to the golf course as often as they’d like, but there are quite a few amazing golf games on Android and iOS that can be played from the comfort of your home even if you’re waiting for a friend to catch up on the course. Here are our favorite mobile golf games that can help quench the desire to golf.

If you have any recommendations for other amazing gold games that can be played on your smartphone or tablet, please share them in the comments.

Golf Clash has been around a couple of years yet continues to maintain a solid user base. In Golf Clash, you compete 1-on-1 against other golfers around the world on beautiful themed courses around the world. Progressing through the game unlocks new clubs, golf balls, and tours to increase your winnings. Win a match and you receive a chest with additional clubs and balls to be used in your matches.

PGA TOUR Golf Shootout is similar to other golf games but boasts the fact that the matches take place on one of four official TPC golf courses. Play others online and earn packs that contain additional coins and clubs. Packs come in Bronze, Silver, and Gold packs with the abilities of each club found increasing as you move through the pack levels. The game is fun, but one thing, although minor, bothered me. The clubs on the cards contained both right-handed and left-handed clubs. I don’t care which one they used, I would have just like to see it consistent on all the cards. Either way, PGA Tour Golf Shootout is a fun game on virtualized TPC golf courses.

Golden Tee is the mobile version of the hugely popular arcade golfing game. Along with head to head mode, Golden Tee boasts Challenge, Contest and Campaign modes. The gameplay is different than other golf titles listed in this article. Instead and just pulling the ball back to launch your shot, Golden Tee requires you to pull down on the screen for the backswing and slide your finger forward for the downswing. As with other golf games, progression leads to unlocked clubs and golf balls to improve your game. In-game purchases are also available to purchase new better equipment and golf balls.

Flick Golf is back and now more extreme! Launch golf balls off of icebergs, helicopters, and even the Grand Canyon in an attempt to gain the most points possible. Play against your friends and family climbing up the Google Play leaderboards and unlocking numerous achievements along the way.

WGT Golf by Topgolf Media lets you play on 15 of the most iconic golf courses such as Pebble Beach, Bandon Dunes, and St. Andrews. Create your golfer and compete over various modes including 18-hole stroke play, closest to the pin, and Topgolf where you score points by landing golf balls in various targets in the field. Customize your golf bag with real brands including Titleist, Ping, and Calloway. Compete against friends in virtual tournaments including a virtual U.S. Open.

Mini golf more your style? Check out Mini Golf King which uses the same shot mechanic as most golf games but on a smaller scale. Get together a few of your Facebook friends and play for bragging rights on one of several beautiful courses in the game. Earn new golf balls, clubs, and gear to customize your play. You can win prizes and prestige by placing in the weekly tournaments and leaderboard.

Extreme Golf is an intense take on the 1-on-1 online golf game. Instead of taking the time to set up your shot direction and power, you are rushed to take each shot knowing 3 other people are doing the same and trying to complete the hole quickly. Forget golf etiquette, it’s speed golf. Play three holes with the lowest score winning the match. Not enough excitement, try 8-person Rush Mode. Progress through the game collecting custom golf balls and clubs and enter tournaments to show off your golf skills. The graphics in Extreme Golf are vibrant and each hole is uniquely beautiful and adds to the enjoyment of the game. 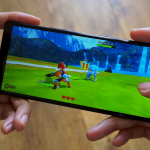 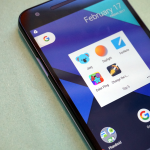