Mobvoi made a name for itself with its smartwatches, but it’s also known for its AirPods competitors. Some may even call them copies, though one could argue that they differentiate themselves enough. The company has released an update called the TicPods 2 Pro and they pack even more features into a true wireless earbud without a seal.

The case of the TicPods 2 Pro is surprisingly small and lightweight. At under 30 grams, it’s significantly lighter and smaller than the Samsung Galaxy Buds. This makes it super portable and easy to throw into that weird little pocket above your main right jeans pocket. Unfortunately, the size also means a lack of wireless charging.

Once you open the textured lid you’ll find the earbuds inside, tightly magnetized in. For the most part, this magnet will align the earbuds if you put them in close enough. There’s also a button that allows you to re-pair the earbuds.

The earbuds have an elongated stem like Apple’s AirPods, but the entire thing is a touch surface. This opens up the possibility of multiple touch gestures, but Mobvoi kinda dropped the ball here. The only track control gesture is double-tap. It’s customizable (I set mine to pause the music), but that means there is no track skipping. There are also no unique gestures side to side. However, you can slide your finger up and down the stem for volume controls which is nice. Still, there needs to be a way to skip tracks.

The earbuds themselves are extremely well built out of durable plastic. They have no flex, creak, or give and feel solid and dense. The grill covering the driver is well attached and hard to rip out when cleaning the earbuds.

The case is a different story. The base is reasonably nice but the lid is very thin and cheap feeling. It flexes and creaks even when closed and the back of a detent in the open position leads to easy, accidental closes. There’s a light spring that pops it open once you push it past the magnet but it’s still floppy and annoying. It’s not awful by any means but it’s behind similarly priced earphones.

Audio quality is just as much a factor of earphone design as it is driver design. You could have the best drivers on the market and still have poor-sounding earbuds if they weren’t designed right. And frankly speaking, non-sealing earphones generally sound worse than sealing ones.

The TicPods 2 Pro feature very large 13mm moving coil drivers. And thanks to the large drivers paired with the Qualcomm aptX codec, they can produce some big sound. The highs are relatively clear, the mids are powerful, and the bass is quite a surprise.

Despite having no seal, there is a substantial amount of bass. It’s not particularly sharp, but it is more impactful than expected. You’re not getting a ton of detail out of it, but it’s there to bring the music alive beyond the tinny sound of many earphones in this class. The TicPods 2 Pro get very loud, loud enough to drown out almost any noise. However, at high volumes the highs get shrill and the bass starts to disappear. Still, the extra volume headroom is appreciated.

Overall the sound isn’t great for the price, but it’s definitely pretty good. And for unsealed earphones, it’s surprisingly competent. Firmware updates have really helped the overall sound signature in the past, so things may get even better in the future. One of the updates did make the sound warmer and bassier in a very good way.

If you take a lot of calls, the TicPods 2 Pro won’t disappoint. The dual mics per side sound particularly good and people told me I sounded clearer than usual which is a benefit.

There’s one more thing to praise. Mobvoi’s choice of sounds for the connection and button activations are lovely, both noticeable and soothing. 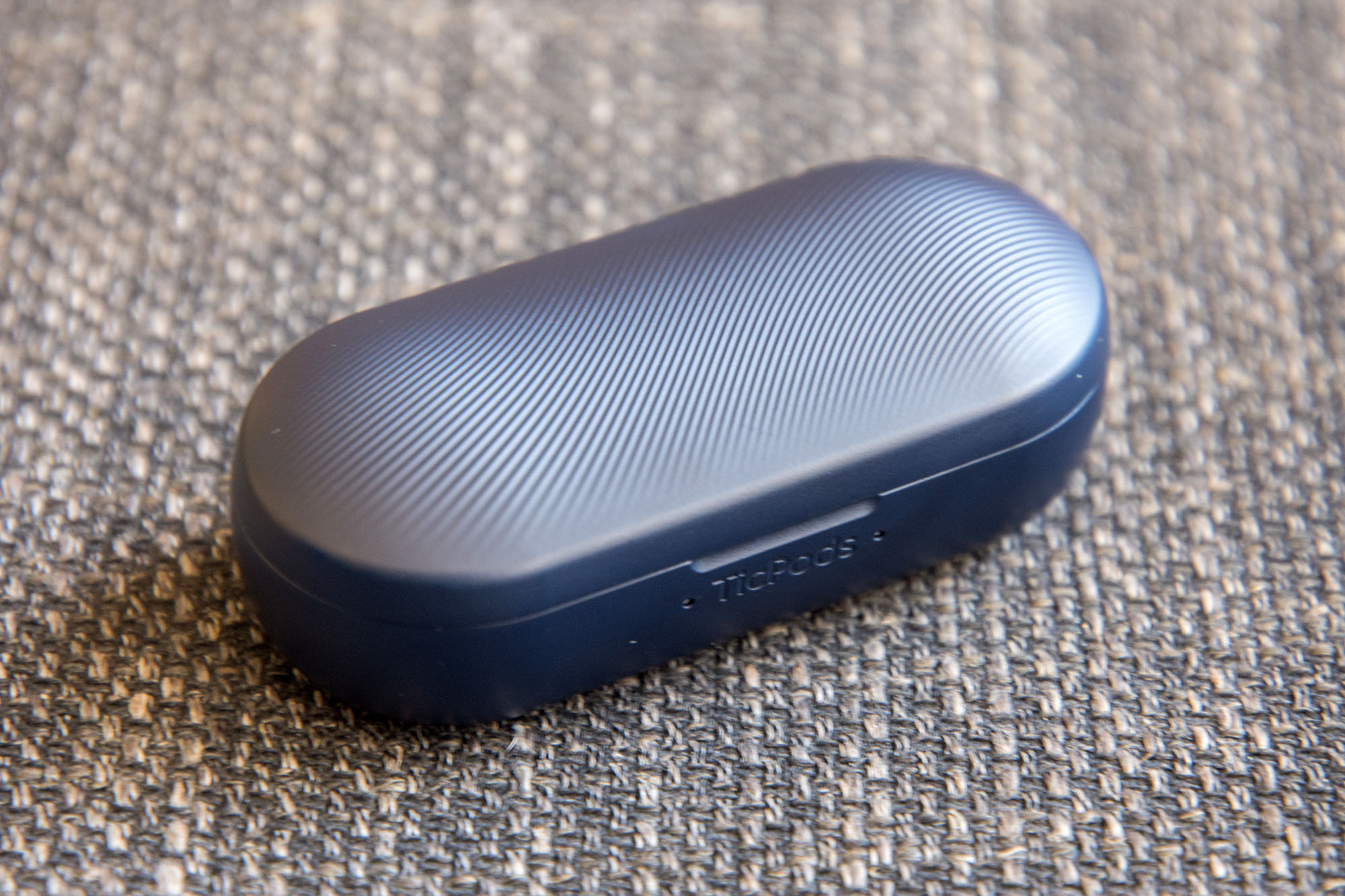 With a design almost identical to the AirPods, you know what to expect. They use a full hard plastic construction and do not seal. And thanks to this, they’re ridiculously comfortable. They can stay in your ears without you feeling them and they have no major pressure points that cause long term discomfort.

Some people do find AirPods and their copies uncomfortable, and some find that they don’t stay in their ears. But for a majority of people, these are going to be a pleasure to wear.

The connection of the TicPods is a major weak point. I’ve found that the connection between the two buds is pretty shakey. They often go out of phase, which is a bit disorienting as it almost sounds like the sound is shifting side to side. There’s also some flickering in general, especially when one earphone is being used. Since the left earbud is the one that can be used on its own, and my phone is in my right pocket, walks with one earbud were often aggravating and had me put the TicPods away just because of connection issues.

The latest update did improve the connection, but it’s still substantially weaker than any other earphones I’ve tested. I’ve had no such issues with the competition. And at this price, it’s a hard pill to swallow. Hopefully, future updates will make this even better.

The battery life of the earbuds is rated at four hours, but you’d be lucky to actually hit that. I’ve gotten around two and a half to three in actual use. A few years ago this would be considered decent outside of AirPods, which were the gold standard of true wireless battery life for a long time. But now, it’s sub-par when factoring in what’s being offered by the competition. The year-old Galaxy Buds get six at $10 less and the Creative Outlier Gold get 14 hours at $40 less.

With the case, the battery life is 20 hours total, which is pretty good. Plus putting the earbuds into the case for five minutes gives you an hour of charge. Honestly, four hours is not bad, especially with a short break giving you a few more hours of playtime. Crazy battery life isn’t needed, and if the three hours of actual playtime is enough, you’ll be happy. Unfortunately at this price point, it’s simply not competitive. 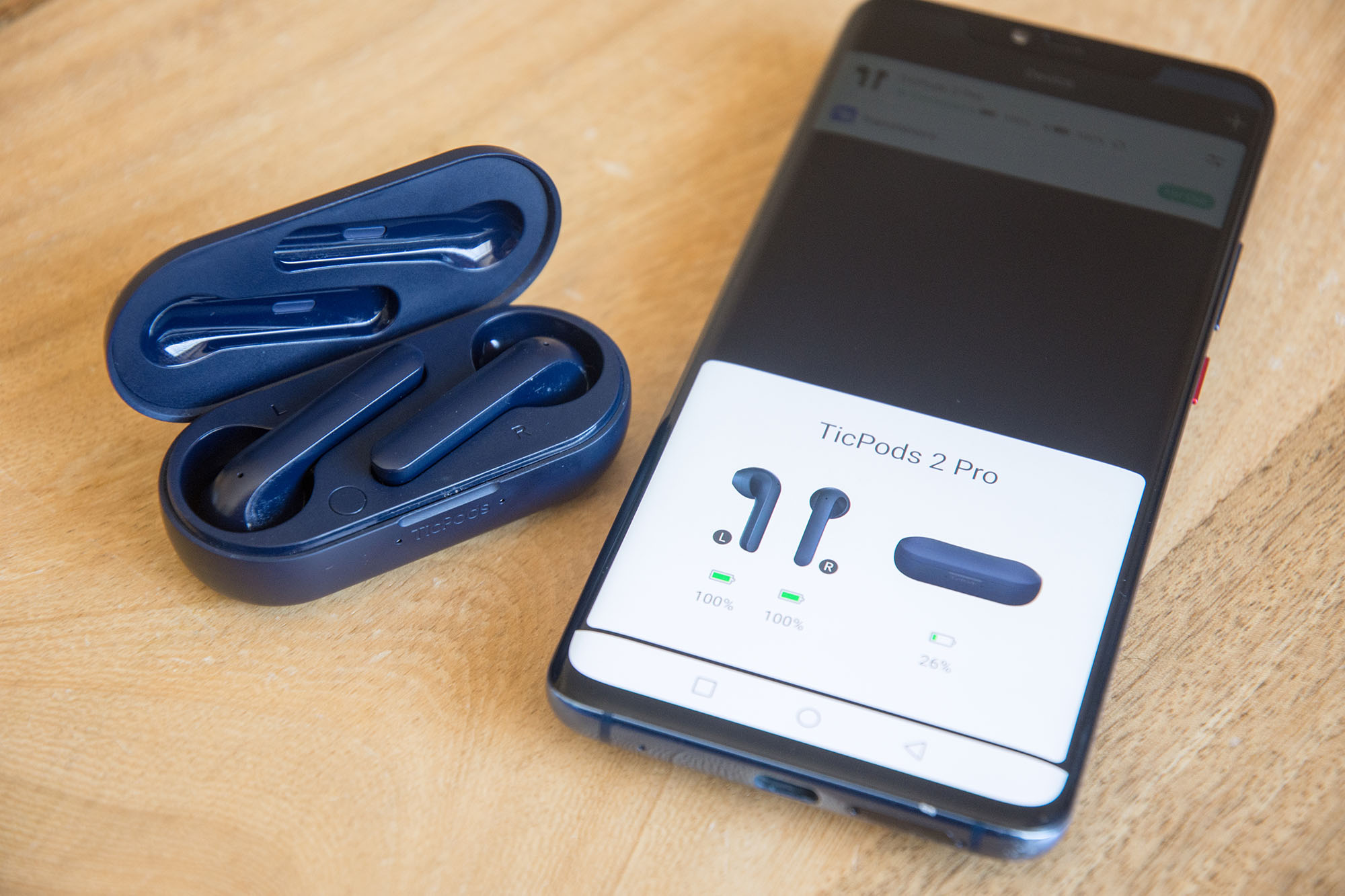 Mobvoi has included a few features to set the Ticpods 2 Pro apart from the pack. The first is the ability to control your music with voice commands without using a trigger word. You can say things like “pause music” and “next track” out loud. If you’re alone and no one is there to hear you, I can see that as being pretty useful. But it doesn’t work most of the time. Once in a while it’ll work, but it usually takes a few tries in a quiet area and I ended up disabling the feature.

The feature that did work is Call Control. When there’s an incoming call, you can nod your head to accept or shake your head to decline. It works perfectly, and even though it’s a bit gimmicky, it’s a lot of fun and a useful hands-free way to control calls. I love it.

These earbuds have wearing detection, so once you remove one the music pauses. This works pretty much perfectly, much better than some other earphones. You can also say “Hey Tico” to trigger your favorite assistant.

The app is pretty simple and not very useful outside of the initial setup, but it is where you update your earphones. One of the updates was a major improvement in both sound quality and connection, so keep an eye out for software updates that will improve your experience. 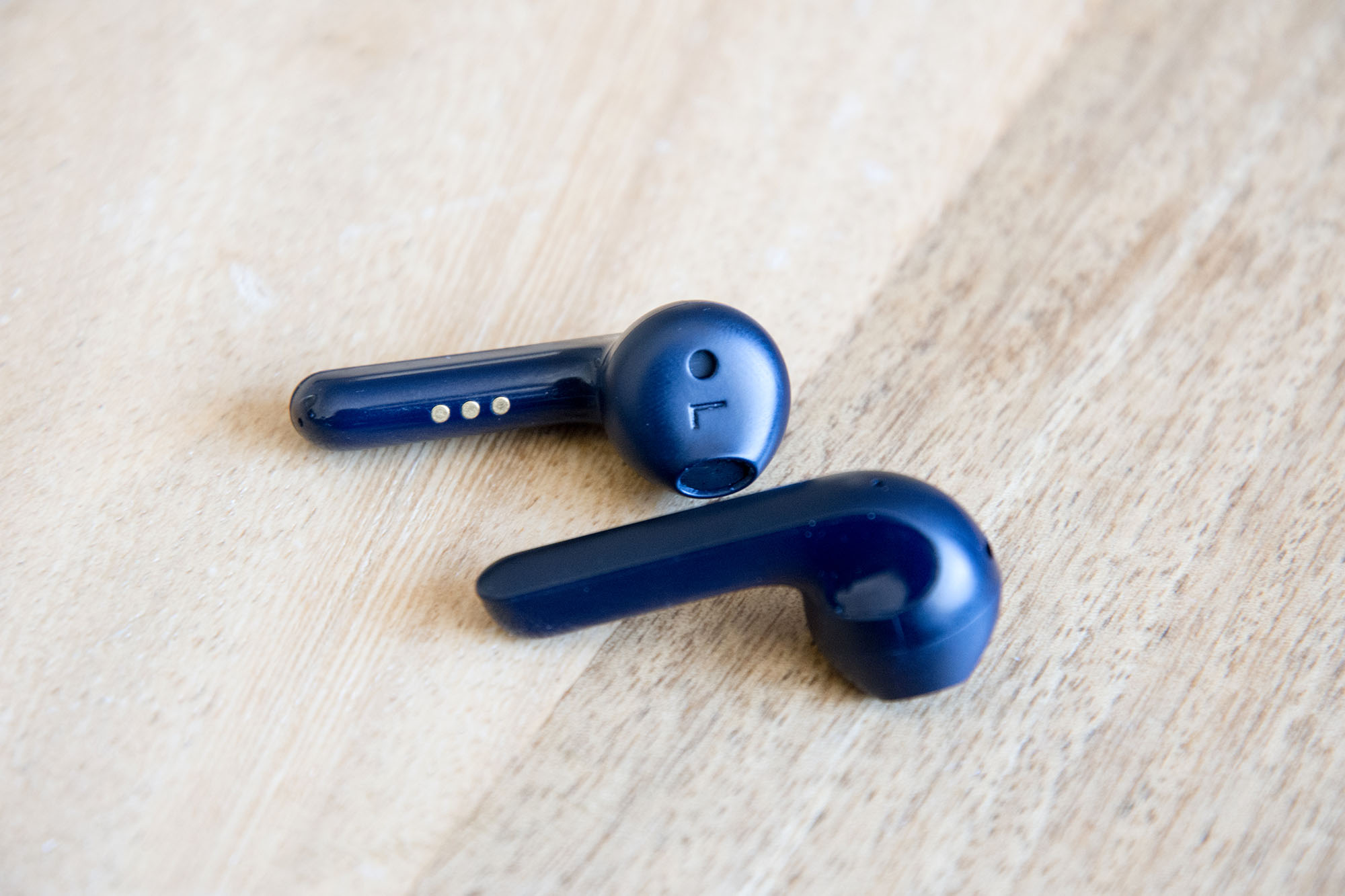 I wanted to love these true wireless earbuds. Between the tiny size and super comfortable fit, they were the ones I grabbed for work every time. They even sound pretty good and have many of the features you’d want like noise-canceling microphones, wear detection, and touch controls.

But the constant side to side phasing, sound disruptions, and other connection issues made them aggravating to use unless your phone is on the table. And the short battery life means constant breaks needed to give them a recharge. This really hurts when the price tag is a very high $140. They’re priced quite a bit over mid-range, and they don’t seem to be up to par for the price.

There’s a ton of potential. Maybe software updates will improve the connection issues. Maybe an upgraded model will get at least six hours of real battery life. There’s a lot to love here, but it’s just not enough to recommend until the kinks are worked out.