LG typically launches a new flagship smartphone in the early part of the year, and it looks like the phone in question could be the LG V60. This is according to a couple of images shared on Twitter by leakster Evan Blass, in which the promotional images for the upcoming phone seem to confirm several of its features and specs.

As you can see in the images below, these appear to be promotional images that LG will most likely be using to promote the handset. From what we can tell, one of the upcoming features of the phone is that it will have four microphones. Exactly why there is a need for four microphones is unclear, but we imagine that LG will probably have something to say about that. 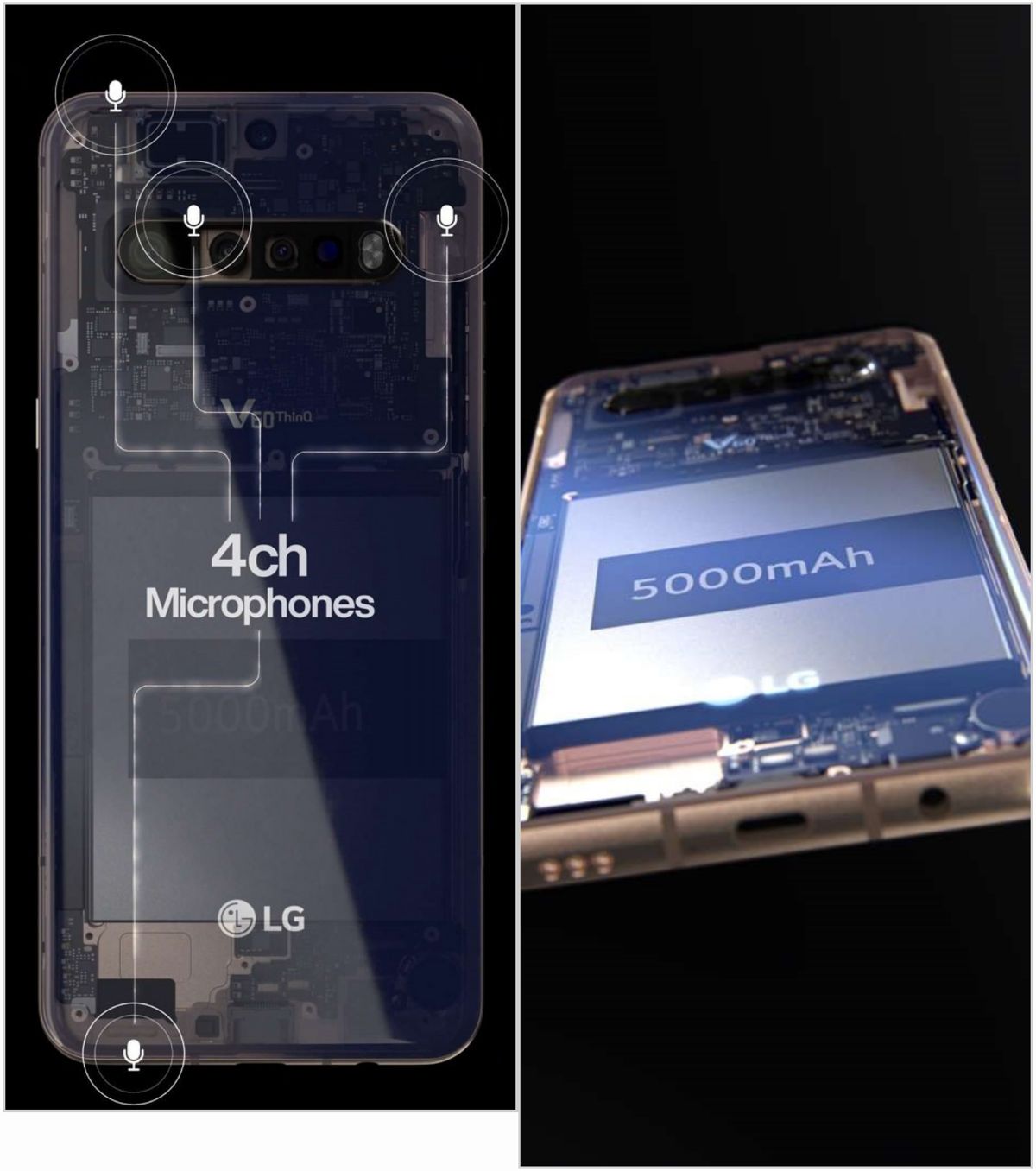 Also, the images also seem to confirm that the phone will have four rear-facing cameras on the back, a single front-facing camera (it is unclear if LG plans on using any ToF technology for the front camera), a 5,000mAh battery, and what’s interesting is that even in 2020, LG seems to be insistent on keeping the headphone jack around.

For those who are strongly against the removal of the headphone jack, this is obviously good news, but for others it probably won’t really matter so much. Unfortunately, the images do not tell us how big the phone is, but it should be roughly similar to the size offered by last year’s model.

Take it with a grain of salt, but as some of you have heard, LG will be sitting out on MWC 2020 due to the coronavirus outbreak, so we might have to wait a bit later than usual for the official details.

more_vertHow to check battery health on your OnePlus s

closeHow to check battery health on your OnePlus smartphone

If you find your OnePlus phone no longer lasting as long as it should, there are several reasons for this, and battery health is one of them. Here’s how you can check on it to decide if maybe it’s time for a replacement.