Streaming Netflix on Android will now be more data-friendly

Mobile data plans have come a long way from back in the day, where these days we are giving huge amounts of data that feels like it would never end. But this doesn’t mean that we can’t be more efficient with its use, and if you stream Netflix often from your Android phone, there is some good news for you.

In an announcement by Netflix, the company has revealed that starting today, they will be adopting the AV1 codec on Android, which was developed by the Alliance for Open Media, of whom Netflix is a founding member of.

The company claims that with use of the AV1 codec, it will improve on video compression by 20% over the current codec that Netflix uses, and as such, it should result in videos taking up less data than before.

Before you get too excited, Netflix does note that for now, not all titles are available to stream in AV1 at the moment, but we imagine that as time goes on, more titles should support it. Also, for now, the AV1 codec will only be available on Android and on mobile, but Netflix does plan to eventually expand on it.

This makes sense as being able to stream faster on desktop means that even customers who might not have the best internet speeds can still enjoy a stutter-free Netflix experience.

If this sounds like something you might be interested in, you can turn on the feature by going to your Netflix’s settings on the Android app and turn on the “Save Data” feature.

Everything new that came to Netflix this mont

Everything new coming to Netflix in March 202 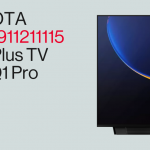 Here’s everything new on Netflix this m

Everything new coming to Netflix in November