There are many reasons why people prefer using Android over iOS. One could argue that it is because that Android is more “open” compared to iOS, allowing more customization and flexibility compared to iPhones. Others prefer Android due to the deep integration of Google’s services on their devices.

After all, many of us use a myriad of Google services like Google Search, Maps, Gmail, Docs, and so on, and having it integrated into your phone is quite useful.

Unfortunately, Huawei will be going into 2020 with one hand tied behind their back.

Despite the US and China seemingly coming to a partial agreement in their ongoing trade war, Huawei still remains on the sidelines, where the company has recently confirmed that the upcoming P40 series will not come with Google Play Services installed.

Is this a big deal? We think so, but at the same time, maybe its impact on Huawei might not be as bad as some might think.

What is Google Play Services?

To give you some context, in case you’re unfamiliar with Google Play Services, this can be sort of thought to be one of the key features of Android which powers many of Google’s services. This includes APIs such as Google Maps, Google Drive, Google Cast, and so on. It also features Google Play Protect which helps protect users from downloading malicious apps from the Play Store.

Despite Google Play Services playing a big part of the Android ecosystem, it should be noted that even with the legal troubles that plagued Huawei since the start of 2019, the company has still managed to ship 200 million smartphones in 2019, doing it in record time and 64 days earlier compared to 2018.

This suggests that even when faced with all these hurdles, Huawei has no problems courting customers. This is especially true in China where the company’s devices were not shipped with Google Play Services to begin with, meaning that there is a huge market that already gets by without relying on Google.

There is also the advantage of national pride, where in the face of the ongoing trade war between the US and China, we are hearing stories of how companies in China are reportedly actively encouraging their employees to purchase locally-made smartphones instead of those made by foreign companies.

Huawei is also expected to ship its own take to Google Play Services in the form of Huawei Mobile Services. Of course, whether or not it will be good enough to replace apps that Android users have become familiar with remains to be seen, so we’ll just have to wait and see.

Last but not least, this is mostly a software-related issue. Should the trade war between the US and China ever get resolved, all it would take is a software update to bring Google Play Services back to Huawei’s phones.

Google ‘accidentally’ leaked the Pixel 4a 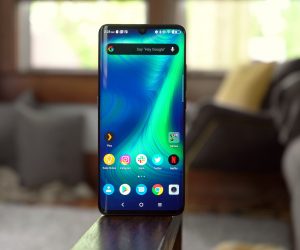 more_vertTCL 10 Pro and 10L make their way to Canada

closeTCL 10 Pro and 10L make their way to Canada

To our Canadian readers who are looking for an affordable smartphone that is good value for money, TCL has a couple of devices you might want to check out.