Mention FACEBOOK in any conversation and you’ll be met with a variety of reactions. However, like it or loathe it FACEBOOK is here to stay and it has its mind set on offering absolutely everybody the opportunity to use its wide rage of products without limitation. I was kindly invited to the Facebook offices in Tel-Aviv where I learned the methods the company’s engineering team are putting in place to capture the attention of their “next billion users.”

It will be no surprise to you, that Facebook would like to be on every mobile phone, tablet and browser across the globe, however what’s interesting is how they intend to go about it. The company is often shrouded in controversy and I’ll admit that before my visit I was sceptical of the ethics that are built into the platform’s strategy for developing growth in areas where users traditionally use lower end devices and have limited or bad internet connectivity. However after a few short hours and a well delivered presentation my mind was made up. Enter, Facebook Lite.

Facebook appeared very proud to announce that they were one of the first tech giants to release a lite version of it’s main app back in 2015. And rightly so, with already over 1 billion downloads on the Google Play Store. During my visit I got to meet the team responsible for the development, and deployment of the lite app, they explained in great detail how they manage to implement almost all of the features from the full fat app while maintaining a working file size of around 2MB. I didn’t pretend to understand the magic (there is a lot of it) that goes on behind the scenes but I was left with no doubt that there are some very smart  and passionate people working every day to make sure that Facebook can be used everywhere and by anyone without a compromise in user experience.

Leave no one behind

In its infancy the Facebook Lite app was initially intended to provide a stripped back version of Facebook that users with device, network, and data restrictions could access without the worry of excessive charges or disappointing user experience. In reality the app was very limited, and the interface wouldn’t have looked out of place along side a basic mobile website.

Tzach Hadar, director of product management for Facebook Lite told us: “The basic premise of Facebook Lite is to leave no one behind. We have a very good high-end app, but some people for various reasons can’t use it. So, with that in mind we set out with the idea to make an app that works for everyone.” – “We wanted the app to be fast and easy to use with a small file size.” he added.

To achieve that speed and usability the team use a “Year-Class” scale that was defined by Facebook. A library that analyses an Android device’s specifications and calculates which year the device would be considered “high end”. Facebook suggested the majority of users in developing countries use phones that are of the Year-Class 2013 and the lite team wanted to cater to that audience.

The Facebook Lite team changed its approach to the app in 2017/18 which prompted a complete reworking of the app, with a view to give its users the full Facebook experience without increasing the app’s file size or affecting the user experience that Lite users had become accustomed to. Hadar also mentioned that in terms of core features, the Lite app is now very much closer to the main app than it ever has been. If you’re using the Lite app, you might not have some features such as Facebook dating. This is perhaps not such a bad thing.

At the same time and in addition to the Android app refresh the engineering team published a version for the KaiOS platform based on the original Lite app‘s architecture. Jio, India’s leading network provider, launched a “smart feature phone’ branded the JioPhone which runs on KaiOS. Facebook seen this as an excellent opportunity to reach yet more users. 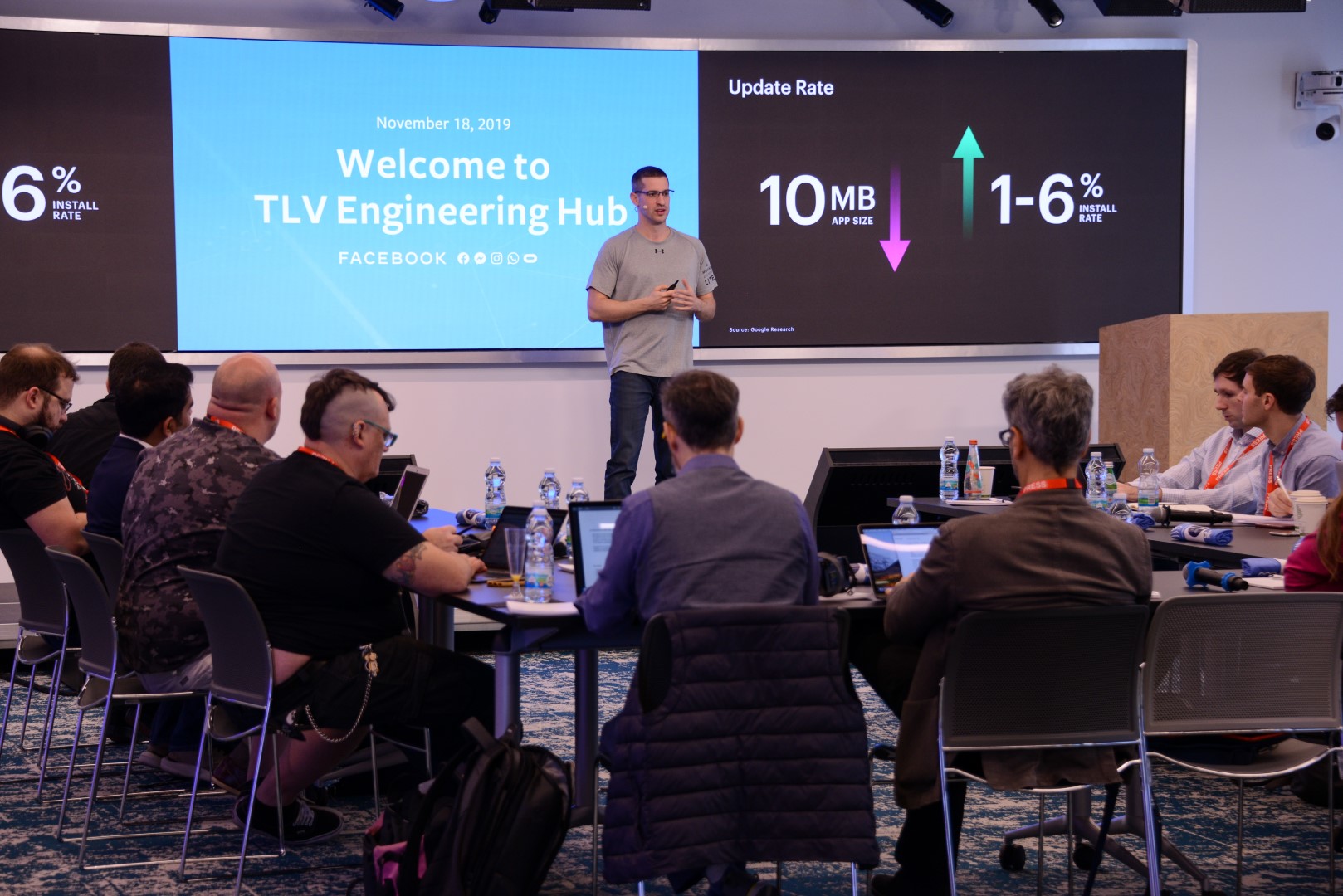 Who can benefit from lite products

When you are are faced with the question, “Who can benefit from lite apps” the obvious thing to assume is that emerging markets such as India, Africa and the Middle East are the only beneficiaries. However that’s simply not true, in reality absolutely anybody can benefit from installing and using lite versions of Facebook and Messenger. In fact for the past year I have been exclusively using them on my own high end devices. Not because I am short on space or worry about data usage but because I feel the user experience the lite apps offer is, just better.

Facebook Lite has been downloaded over 1 billion times since 2015. To put this number in perspective, the main app has been downloaded 2.5 billion times in the same time period. This year alone, Lite has been download 250 million times in comparison to 340 million downloads of the main app; with users from India downloading the app the most, followed by Indonesia and Brazil. The Lite team’s challenge and primary objective is to spread its user base in sub-Saharan Africa, in addition to a list of “the next big eleven” which includes Indonesia, Pakistan, Egypt, Turkey, Philippines and more. But given that the Lite app is full featured and doesn’t include “features” such as auto play video and ads I fail to understand why Facebook Lite isn’t more popular in the west. The team wouldn’t give us the numbers of active lite app users for USA or Europe but we were left to assume that the preferred option was the full fat Facebook app and from that I can only then assume this is due to pre-loading or ranking within the Play Store when searching for Facebook apps.

Facebook has historically pre-loaded it’s main app on many phones across various manufacturers but at the moment they don’t intend to pre-load the Lite app on any low to mid-range devices stating “user choice” as the precursor to that decision. However, users with slow or bad connections will see a prompt on the social network’s mobile website to encourage visitors to download the Lite app to offer a better experience, which is pretty neat.

Lite apps in general have a smaller more specific user base compared to their bulkier counterparts but as more people from countries like India, Brazil and Indonesia get connected to the internet for the first time, a surge in downloads and usage would be expected as they function far better than mobile websites, and they provide core features in a dramatically smaller download size. In this case it’s all about size, it really doesn’t matter how you use it.

The take-away from my time with the engineering team in Tel-Aviv was that the Facebook Lite app is a perfect option for users across the board including those using high-end devices. It’s great for saving battery life when you’re travelling, you don’t have auto play ads or video and it encourages a restricted use pattern while offering the core features of the main app, without the arguably useless bells and whistles. Which I would consider a healthier use of the social network over all. Messenger Lite is also a great choice for those who want an app for the sole purpose of keeping in touch with contacts, no intrusive ads or animations. Testing of an iOS version in limited markets is also under way while this is no guarantee that it will be brought to market.

I left Israel with the impression that the team and people involved in the company’s Lite apps are incredibly talented and passionate about their products. This is evident through the commitment to offering an ever expanding feature set to less privileged users while maintaining an app of around 2MB on a global scale which is no easy feat. No matter your feelings towards Facebook, I’d recommend that you try the Lite apps, if you haven’t already. If only to see the difference for yourself, I have no regrets and can’t see myself switching back to full fat versions any time in the near future.

I spoke with Tzach Hadar, director of product management for Facebook Lite on Myriam Joire‘s [@tnkgrl] podcast – You can catch the episode below.

Learning about making the @facebook app more accessible and smaller.