Samsung has never shied away from collabs in the past. The company has created many special edition handsets based on events and launches, and now it looks like they’re back at it again, but this time round, we think it has to be the best collaboration that they have done so far.

The company has recently announced that they will be launching the Samsung Galaxy Note 10+ Star Wars Special Edition handset. As you can see in the photo, this phone features a special design on the back and will also come with a very sinister-looking red S Pen as well, mimicking (in part) the lightsaber that Kylo Ren uses in the movies. 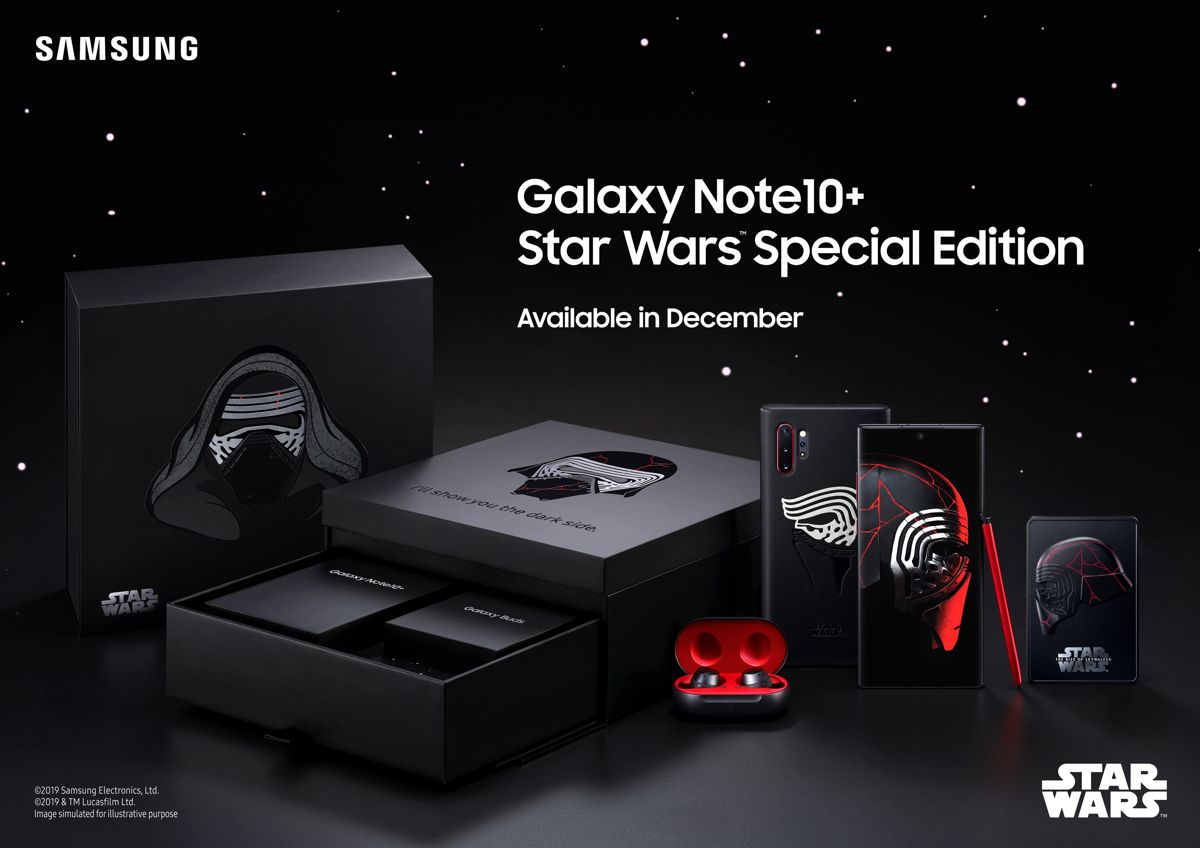 The package will also include a special Kylo Ren-themed box, black Galaxy Buds that features a red inner casing, a Kylo Ren-themed leather photo case, and a metal badge. All of this is expected to retail for $1,299.99 in total and will also feature a bunch of exclusive media files like wallpapers, animations, icons, and sounds.

Unfortunately, this Star Wars Special Edition package will not be available worldwide. It will only be launching in Australia, Denmark, Finland, France, Germany, Hong Kong, Korea, Norway, Russia, Spain, Sweden, Turkey, UAE, the UK, and the US on the 10th of December.