The smartphone and laptop accessory market is crowded with a million and one devices which all seem to do the same thing. While competition typically means that buyers get lower prices and a wide selection of products to choose from, it’s not often that we see something that offers something unique that’s more than just a gimmick.

If you’ve purchased a new laptop in the past 2-3 years, you’re probably well aware of the extra dongles needed to connect external devices to it thanks to the ever-shrinking number of ports each laptop generation offers. At first glance, the new $50 AUKEY Wireless Charging Hub looks just like any other USB hub out there, but AUKEY has decided to make it infinitely more useful by incorporating Qi wireless charging as well. 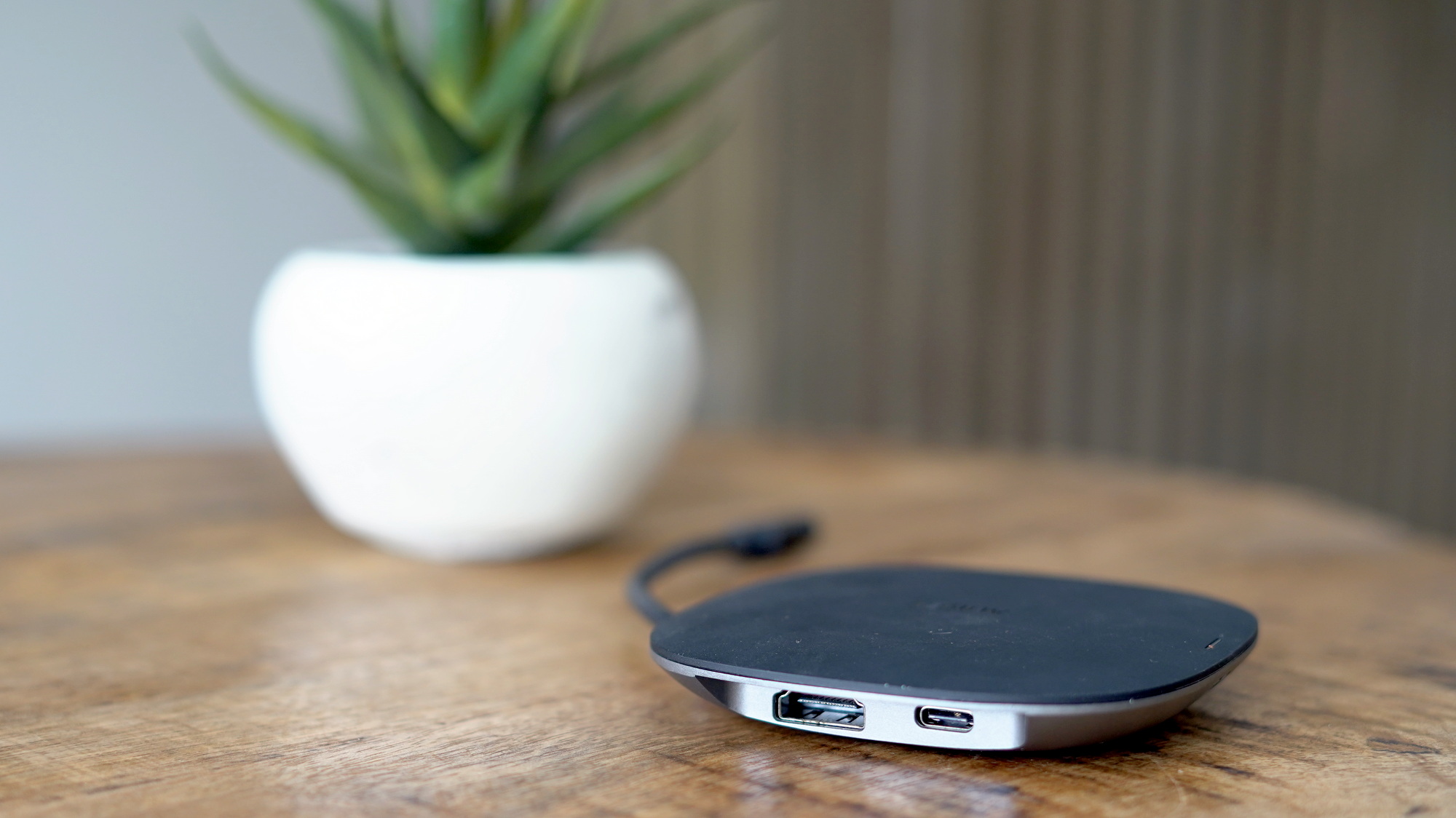 The design of the hub is pretty unassuming with two USB 3.0 ports on the front which offer data transfer speeds up to 5Gbps, an HDMI port on the back which supports 4K@30Hz and a USB C port for passthrough charging for your laptop. Unlike most of the cheap USB hubs out there, this one sports a premium build with a weighted zinc alloy for the base and a smooth ABS plastic on the top.

While it would be easy to use one of the USB ports on the hub for a charging cable for your phone, placing your Qi-compatible smartphone on top of the hub to charge is far more convenience. It’s not the fastest Qi charger out there with a 10W maximum output, but it’s fast enough to deliver a 30% charge to the Samsung Galaxy Note 10’s 3500 mAh battery in about an hour.

Unlike several other USB hubs I’ve used over the years, the AUKEY Wireless Charging Hub doesn’t really heat up as much during my regular use scenario which includes the use of one USB port and the HDMI port for my external 4K monitor. The zinc alloy base warms up a little, but it’s not nearly as hot I’ve experienced in the past. Of course, that does change once you initiate the hub’s wireless charging function by placing a phone on top of it. 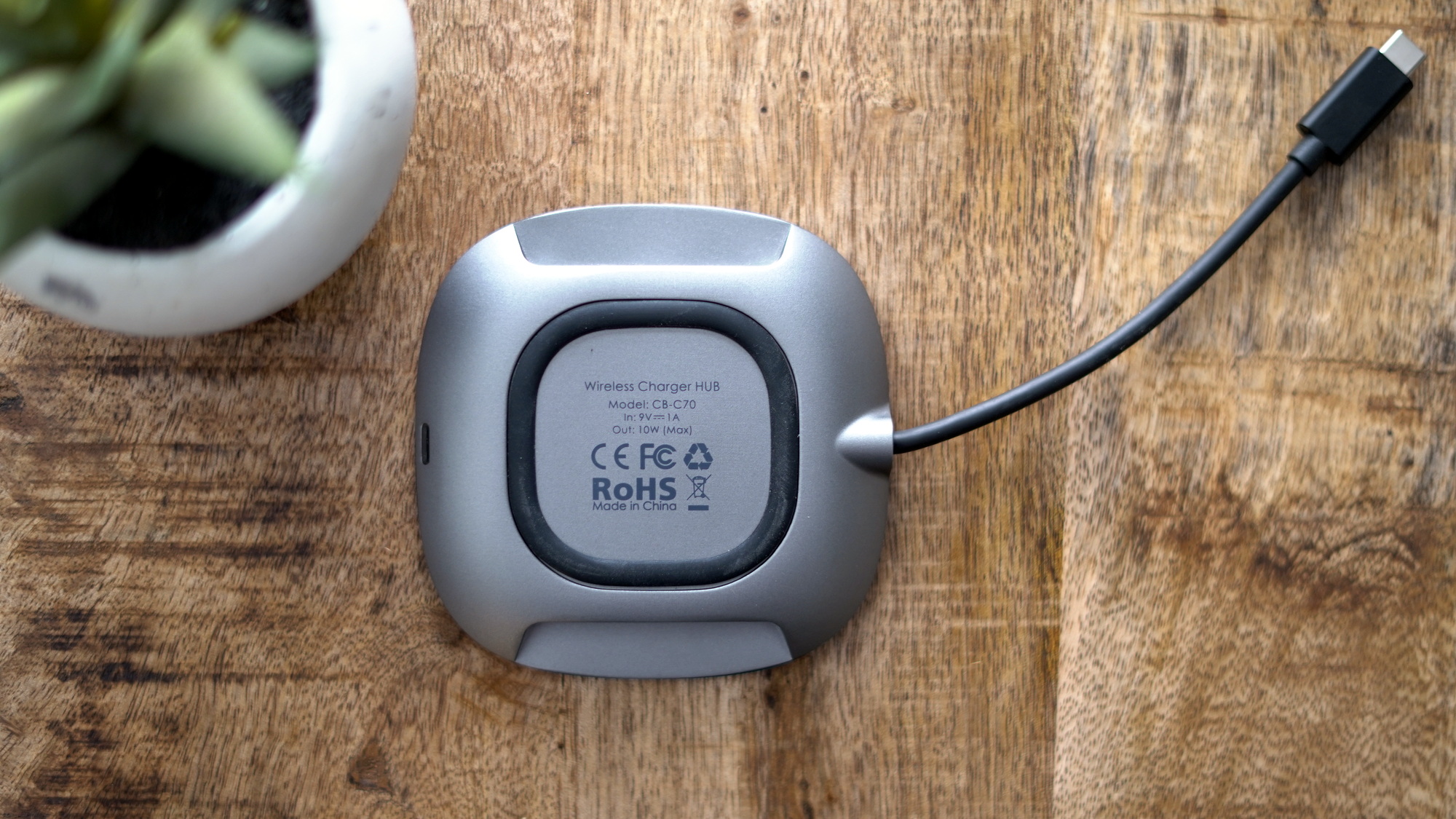 Besides the wireless charging, I’m particularly excited about the 100W Power Delivery passthrough offered by the AUKEY Wireless Charging hub. While there are a few hubs out there offering this same feature, most of those devices sell for $30-$50 more than what AUKEY is charging for its hub. As of now, there really aren’t any laptops that can take a full 100W Power Delivery charge, but it’s nice to know that I won’t need to update to a new hub if I purchase a new laptop down the road.

There’s certainly a lot to like about the AUKEY Wireless Charging Hub, but the device does have a few drawbacks. Due to its limited connectivity options, this hub isn’t really intended for power users since it lacks an ethernet port and you won’t find an SD or even a microSD card slot on the AUKEY hub. Also, if you’re into gaming or simply need a 60Hz refresh rate on your external monitor, the 4K@30Hz signal that the hub is able to process simply won’t cut it. And finally, I was a bit disappointed to discover that the hub’s wireless charging functionality doesn’t work if the hub isn’t connected to external power. On a few occasions I wanted to use the hub while working at a coffee shop to charge my phone, but the Qi charging would only initiate if I plugged my laptop charger into the hub. It’s not a dealbreaker by any means, but it’s something that I haven’t seen from other wireless chargers in the past. 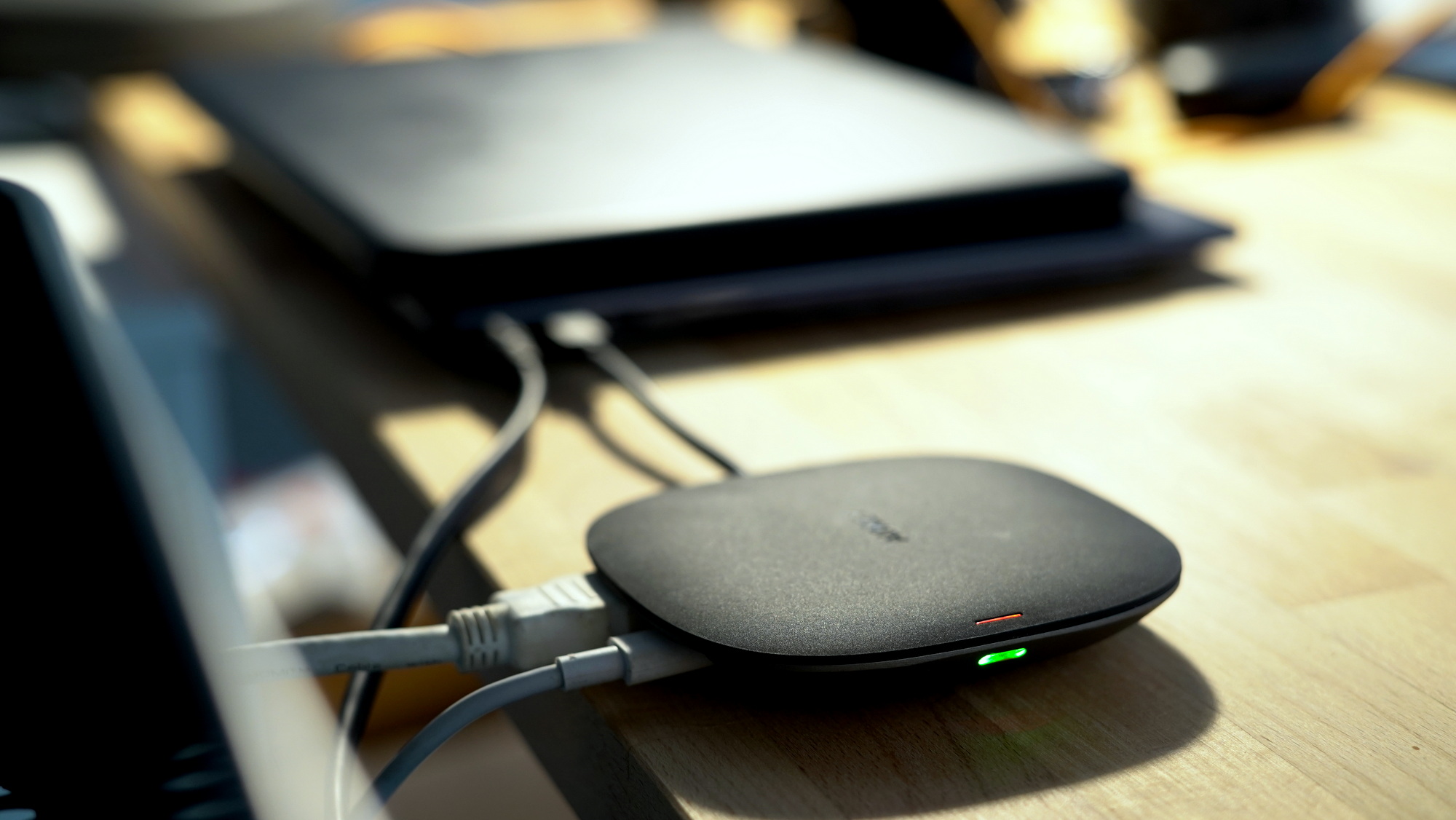 After two weeks of testing the AUKEY Wireless Charging hub, I’ve come to appreciate it’s sleek design and wireless charging functionality quite a lot. If you need a USB hub which has every port imaginable, there are plenty of other options out there, but if you’re looking for something affordable that covers the basics and also doubles as a wireless charger for your phone, smartwatch, or headphones, the AUKEY Wireless Charging Hub is definitely a must-buy. 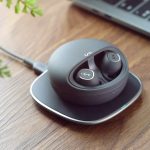 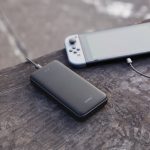 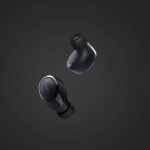 Save 40% on AUKEY’s True Wireless Bluet 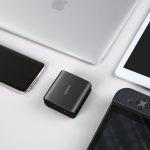 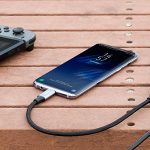 more_vertSave over 30% on the Final Fantasy VII Remake

closeSave over 30% on the Final Fantasy VII Remake

When it comes to RPGs, Square Enix’s Final Fantasy VII is the one that many gamers are undoubtedly familiar with, so check out the remake of the game especially when it is now on discount!

more_vertThe Pixel 4a is promising, but Google can onl

closeThe Pixel 4a is promising, but Google can only ride the software train so far

The Google Pixel 4a is an enticing new budget phone, but compared to the competition, it’s missing a lot of what we’ve come to expect. Is great software enough for Google to succeed? Maybe this year, but not for much longer.

Later in this post, we will discuss why sequels to popular games often struggle to match our expectations. But even though the game developer’s task becomes harder after an initial success, their job to impress with a sequel is not impossible. Here we’ll take a look at some games that are often considered better than …

Is the Pixel 4a not the phone for you? Maybe you’re seeking something a little more high end? If you’re anticipating the Pixel 5, it seems that October could be the date to mark down on your calendars.