I want to take a moment to write freely about Google and it’s commitment to software. It’s evident that Google are heading in absolutely the right direction with their camera software, they have billions of user’s activity data that allows them to mould the photography experience and finely tune it to appeal to a huge cross section of Android users across the world. However where they are often said to let themselves down is in general software experience and battery management.

Over the years Google have implemented various tools, tips and tricks to help you conserve your battery and enjoy a full Android experience for longer, the most recent being Digital Wellbeing an app that monitors your app use and encourages you to take breaks from your mobile device and reduce screen on time. I feel it’s goal is to almost shame you into using certain apps less and in some cases putting your phone away altogether, maybe not such a bad thing.

Google already have an incredible amount of usage data on every single one of us. For as long as we as individuals have been using Android phones Google has been collecting our activity data. They almost definitely know us better than we know ourselves and I’m sue they use that data to their advantage. But “why are they not dominating the Android device market?” Well, it’s a good question. You’d assume that with that much data at your fingertips you could dominate the Android device market with your eyes closed. I guess it’s just not as black and white as that. Google is a software company and not a hardware company until relatively recently anyway.

Would it be completely crazy to assume that through their Pixel hardware they are conducting user behaviour testing? What better way to get real time usage information that allows you to update software during the lifespan of the device than to get the user to pay for the hardware and gradually make the software better around them. It is often thrown around that Pixel users are merely Beta testers for the company, but what’s so bad about that in the long term? I feel that when you buy into hardware you are also buying the bugs and quirks that you will inevitably have to overcome along the way.

So this leads me to my question, Is the small battery size on the Pixel 4 a test? An experiment in user behaviour encouraging decreased device use and battery conservation. If you knew you had a limited battery from full charge would you be more aware of what apps you spend your time on, would you eventually being to prioritise your time and battery? I know that from using the Pixel 3 for a couple of months that the more I scrolled the more i just nuked my battery sometimes requiring a charge boost at midday, while occasionally I’d have a quiet day and purposefully use my phone less for apps that i had no real need for and i’d have a whopping 60% or more battery remaining at the end of the day.

Did you know that the average person looks at their phone over 52 times a day? 📱Unplugging can be tough. To find focus, try our new #DigitalWellbeingExperiments—a collection of ideas and tools to help you find a better balance with technology → https://t.co/sFGbsNKZnk pic.twitter.com/pYOeWpCsqn

Smaller batteries charge to 100% faster, but is that an argument for smaller batteries? Ultimately you need to buy a few chargers to have one at home, one at the office. Perhaps a battery pack in your bag or a network of wireless charging pads dotted around the place.

Battery life to me has never been a deal breaker when choosing a mobile phone. Well not in the last 3-5 years anyway and while I understand the concern, I can’t actually see how it’s a real problem for the general device using population. Those who identify as heavy users generally have a battery pack and a menagerie of chargers at the ready. Lighter users don’t normally encounter any issues and if/when they do, can probably chalk it down to an extra hour on Youtube, Facebook or Instagram.

Almost every tech reviewer has marked the battery of the Pixel 4 as a no go, avoid it all costs. However I’m yet to see any of them theorise over why Google chose not to include a larger battery in the device. Could it simply be a Digital and off device Wellbeing experiment, a move to make you value your surroundings? Scroll less, live more, snap a photo and move on, just as long as you have a Pixel in your pocket.

Imagine what Google could do with the huge amount of information gathered from a specific test of this size, they could end up actually altering human behaviour for the better, changing the way we use our mobile devices that we are all so very addicted to. Their hardware announcement in October was quite heavily influenced on wellbeing and environment, this could just be an extension of that.

If nothing else it is, I feel this is an interesting why to spin what seems to be a storm of bad battery press. What do you think?

Interesting take on it.. I'm not sure I agree. 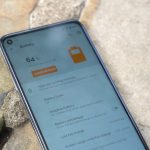 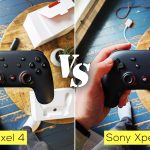 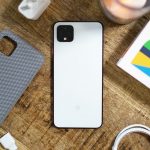 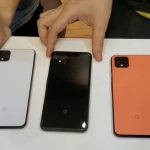 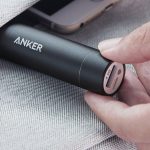 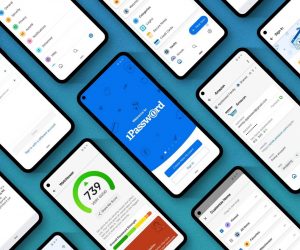