If you’re on the hunt for the unlocked Samsung Galaxy Note 10, we’ve got you covered. The SIM unlocked version of the Note 10, NOte 10+ ad Note 10 5G can be purchased from quite a few reputable sites on the web, but we’ve pulled together a short list which highlights the best deals we’ve been able to find.

Buying the phone directly from your service provider could be cheaper since they often include some appealing incentives if you’re trading in an older phone or signing up for a payment plan. That being said, we know there are many of you who will do everything in your power to make sure you don’t have ay long-term obligations which will force you to stay with your service provider.

Buying a new smartphone directly from the manufacturer doesn’t always guarantee you the best price, but there are often a few freebies thrown in to sweeten the deal. Also, in the case of the Samsung Galaxy Note 10, you get the option of choosing between four different color options and different storage capacities as well. Samsung is charging $949.99 for the Note 10, 1,099.99 for the NOte+ and $1,299.99 for the Note 10+ 5G. The latter two devices also have the option of upgrading from 256GB of storage to 512GB for an extra $100.

To the prices of its new smartphones a bit more appealing, Samsung is throwing in 6 free months of Spotify service and 4 months of YouTube Premium. Adding these freebies probably didn’t cost Samsung much, but it’s always nice to save a bit of cash on the subscription services that you may already be paying monthly fees for. 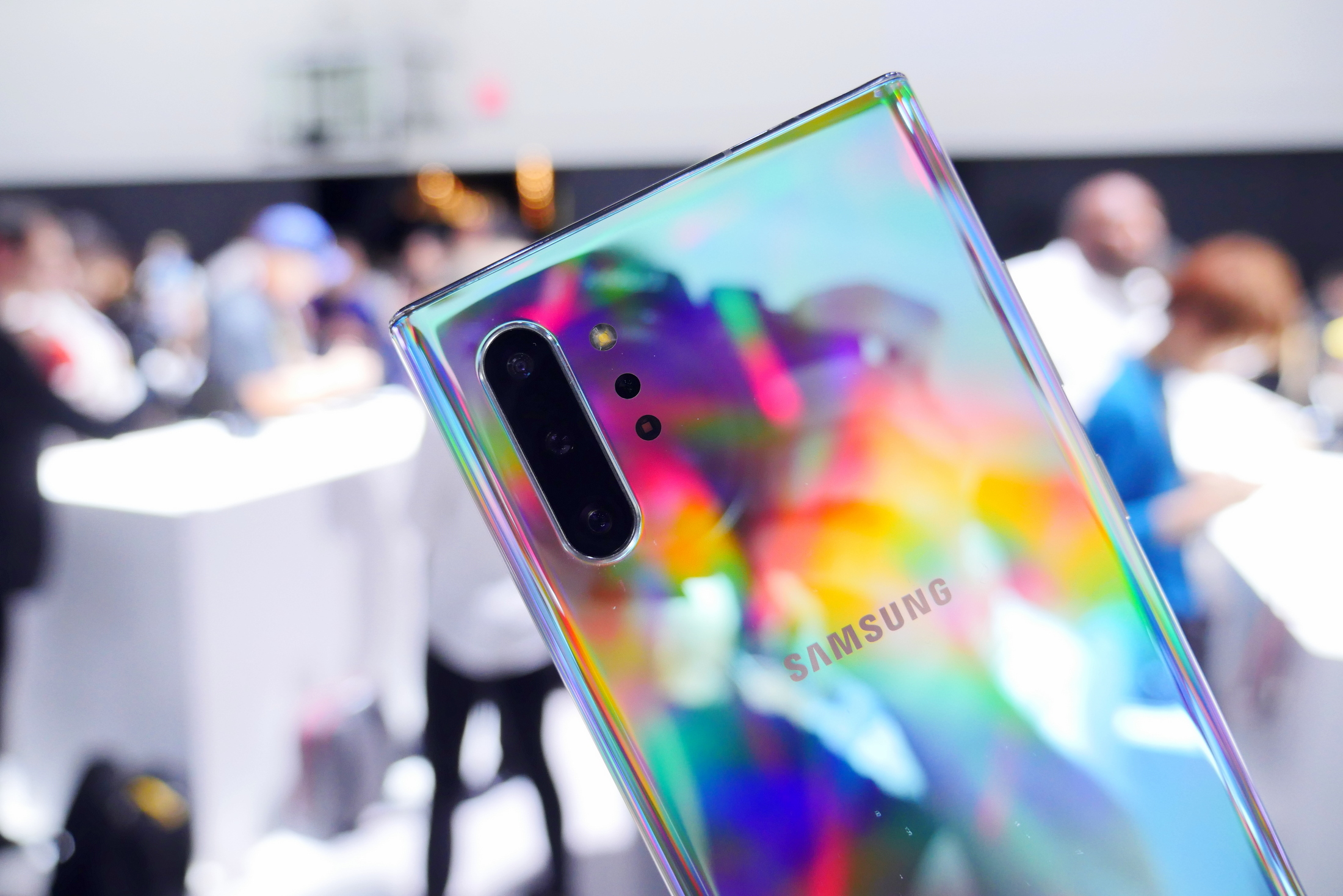 Amazon always has great prices, so it shouldn’t be surprising to hear that the company is offering a pretty good deal on the Samsung Galaxy Note 10 and Note 10+. Both phones carry the same respective $949.99 and $1099.99 sticker prices that Samsung has listed on its own website, but Amazon is throwing in a free Echo Plus (2nd Gen) smart speaker with every purchase. On its own, the Echo Plus would set you back at least $100.

Getting a free smart speaker isn’t the same as a discount on the Samsung Galaxy Note itself, but it’s better than nothing at all.

Over the past few years, B&H Photo has become a bigger player in the smartphone space, mainly through its website. For the Samsung Galaxy Note 10 launch, B&H is offering the phones at the same prices the other retailers are selling the phones for, but they are including 3 months of cell service through Mint Mobile.

If you were planning to buy the Samsung Galaxy Note 10 from Best Buy, we suggest that you don’t. On the company’s website, the list the various Note 10 models at $100 less than what everyone else is charging, but to get this discount, you need to go through their “activation” process which requires you to sign up for a new service provider, upgrade your current account or add a new line to it. If you choose to simply buy the phone without the activation, Best Buy will charge you $100 more. And unlike all the other places to buy the phone listed above, Best Buy isn’t throwing in any incentives to buy the phone from them.