Getting an incredible deal on a phenomenal smartphone just got a whole lot easier today thanks to new discounts on the OnePlus 7 and OnePlus 7 Pro. Coupled with coupon codes which cut the prices of the two phones even further, you’ll be saving hundreds of dollars when you purchase either of these devices. Between the two, the OnePlus 7 is the cheapest option with a discounted price of $449.99 when you use coupon code GBDPBJ256 at checkout. The device in question comes with 8GB of RAM and 256GB of storage which is more than enough to load up the phone with thousands of songs, pictures, video and full seasons of your favorite TV shows.

The OnePlus 7 Pro is also on sale for $651.99 when you use the GBMPOEUPRO coupon code. Like the OnePlus 7, the 7 Pro comes with 8GB of RAM and 258GB of storage, but the phone does have an upgraded display with a 90Hz refresh rage, edge-to-edge panel design thanks to its pop-up front-facing camera and an extra camera sensor on the back which captures wide-angle photos. Both deals come with free international priority shipping, so it doesn’t matter if you live in India, Italy, the UK or America.

Our OnePlus 7 Pro review went up just a few days ago, highlighting the phone’s incredible build, camera, and battery life. It’s by far, the best smartphone OnePlus has ever built and can finally go head-to-head with all other 2019 flagship smartphones. When you factor in the price, it’s definitely one of the most completing devices we’ve seen in years, saving you hundreds of dollars when compared to flagship phones from Samsung, LG, Sony and Apple.

With only a $202 price difference between these two phones, choosing the OnePlus 7 Pro may be your best option. But if you’re looking to save a bit of cash, the standard OnePlus 7 is an incredible deal as well. These discounted prices and coupon codes won’t last long, so you better hurry if you’ve had your eye on either device for a while. 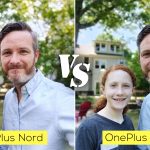 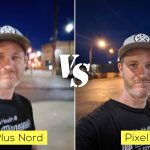 The Pixel 4 obliterates the OnePlus Nord in c

The OnePlus Nord headed for the US could be a