Judge Lucy H. Koh has ruled that Qualcomm’s “no license, no chips” business policy to be anti-competitive, stifling the industry and causing harm to its competitors, customers, and the general public. The ruling will force Qualcomm to renegotiate contracts with its customers and also license its patents to other chip makers at reasonable prices and agree to be monitored for seven years to show that it is complying with the court order.

For years, Qualcomm’s stranglehold on the smartphone chip industry has forced many of its competitors to abandon the market segment. Most recently, Intel announced that it would stop developing 5G modems after Apple and Qualcomm settled a lawsuit with Apple agreeing to use Qualcomm’s 5G modems in its upcoming 5G iPhone.

As expected, Qualcomm isn’t particularly pleased with the outcome of the trial and plans to appeal to the US Court of Appeals for the 9th Circuit.

“We strongly disagree with the judge’s conclusions, her interpretation of the facts and her application of the law.”

Most Android enthusiasts are very familiar with Qualcomm since the company’s Snapdragon chips are used in the majority of high-end Android smartphones. While Qualcomm’s chips are extremely powerful and power efficient, the company’s business practices have left us with very little competition with Nvidia and Intel abandoning their mobile chip businesses and segregating MediaTek’s chips to mid-range and low-end devices despite the company’s high-end chips offering similar performance to Qualcomm’s.

Following Judge Lucy H. Koh’s ruling, Qualcomm’s stock price quickly plummeted 13%, but has since recovered a little and is currently trading at 10% lower than yesterday’s closing price. The ruling ensures there will be more room for competition within the mobile chip industry, but it also cuts away at Qualcomm’s guaranteed profits which may level the playing field even more.

Smartphones are going to be even more expensi 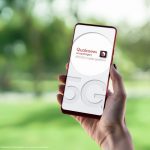