5 Apps to Help You Learn a New Language

Learning a new language may seem scary but with these apps, the task is easier and more enjoyable than just studying a book. Take a look at the apps and determine which one works best for you. 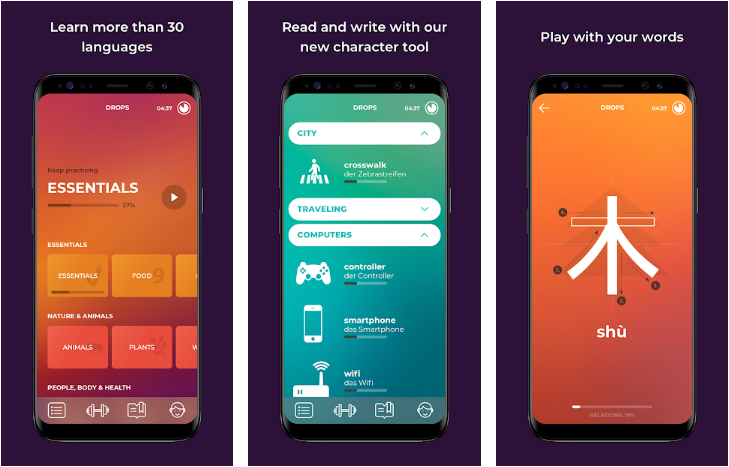 Drops is one of the newer language learning apps and let you be a little more interactive when it comes to vocabulary for the language you are learning. Instead of only flash cards, Drops uses microgames to help reinforce vocabulary such as dragging an image of a noun to its matching word or finding a word in a small Wordsearch box. Drops take only 5 minutes a day and includes over 35 languages and dialects to learn including Chinese (both Mandarin Chinese & Cantonese Chinese), Spanish (both Castilian Spanish & Latin-American Spanish), English, Russian and many others. 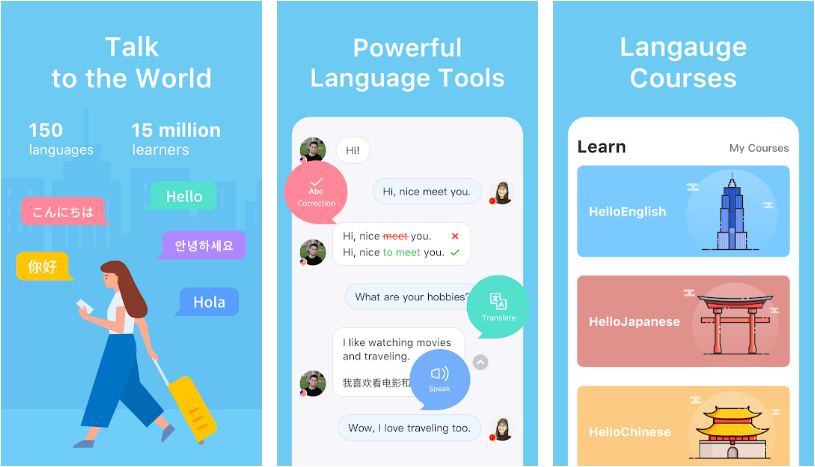 HelloTalk lets you communicate with native speakers of other languages to help you learn and absorb a new language. Search for people whose needs match yours and practice your target language via text and audio messages. Use HelloTalk to improve grammar, vocabulary, writing, and speaking skills of your target language. Languages available include English, Chinese Simplified, Chinese Traditional, Japanese, Korean, Spanish, French, German, Russian, Arabic. 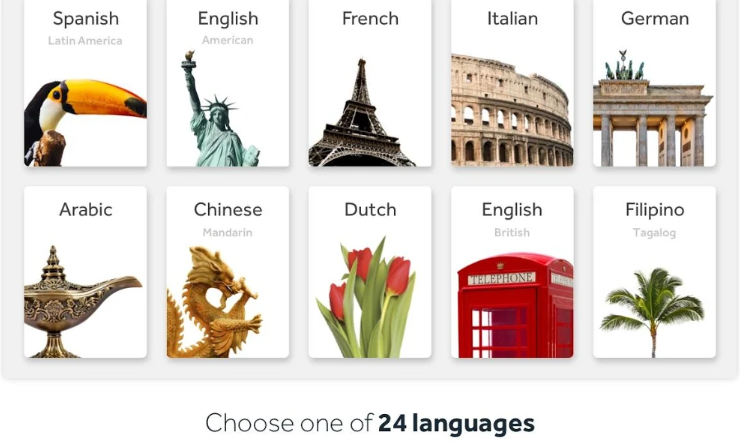 Rosetta Stone is another popular tool to learn a new language and its award-winning app is a great way to learn one of the 24 languages they teach. Three of Rosetta Stone’s top features are the Dynamic Immersion® method, TruAccent®, their patented speech recognition technology and being able to download and listen to lessons offline. Rosetta Stone is subscription-based and offers various subscription lengths from 3-months to 24-months. Of course, the longer the subscription the less per month the lesser the cost. 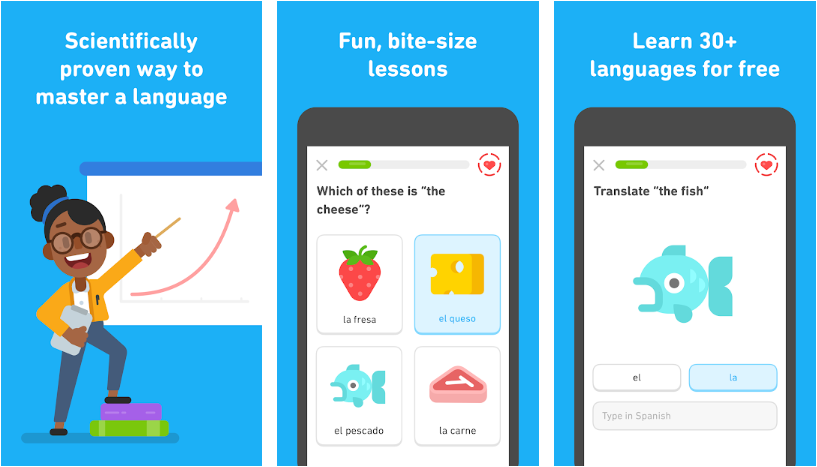 Duolingo lets you learn over 30 languages in quick bite-sized lessons. Using various fun techniques, improve grammar, vocabulary, listening and writing skills for a new language. Duolingo uses a learning tree with each “branch” being a different topic. As you progress through, the vocabulary becomes more difficult. It’s also important to stay current because as you progress, the “branches” change color signifying completion. Go too long without studying and the system may suggest you relearn a topic again. 34 hours of using Duolingo is equivalent to one semester of a college-level course. 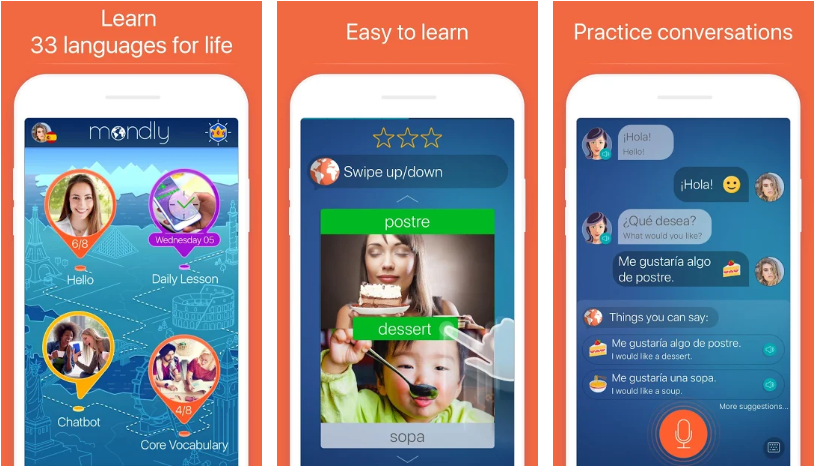 Mondly lets you learn 33 new languages and uses a similar approach to the other apps mentioned. A few minutes a day using various exercises and tools, including a verb conjugator, can help you learn your target language. Mondy starts with a simple conversation between two people that teaches you vocabulary, sentence structure, and phrases. The content gets more complicated as you progress and towards the end of each lesson, you are encouraged to recreate the conversation using your voice. Mondly AR takes learning a step further by engaging you in spoken conversations and giving instant feedback on your pronunciation.

A teardown of the Samsung Galaxy Z Flip proves that the display does have glass under the plastic. And the rest of the internals are just as interesting.