Gaming smartphones feel unnecessary, but are they really?

Our phones have come a long way from back in the day when they were initially meant to help us communicate by making calls and sending text messages. Then came the smartphone whose specs and capabilities started to rival low-end computers and things we needed separate devices for, such as calculators, MP3 players, and camera, all fit into the palm of our hands with a singular gadget.

So the question is, why not gaming too?

Most of our smartphones are more than capable of playing games, but in recent years, there seems to be a trend to deliver gaming-centric smartphones. Many publications have decried the rise of such devices, claiming that they are merely a marketing gimmick, and we get where they are coming from since we’ve seen how computer and accessory makers slap the term “gaming” onto a product and mark up its price.

While we do feel that gaming smartphones feel somewhat novel, perhaps we should look past that and realize that there are some merits to them that could have an impact on the smartphone landscape in the long run.

At the moment there are plenty of ways to experience gaming. The most obvious are computers and gaming consoles, but as the success of the Nintendo 3DS and the Switch have proven, there’s a high demand for dedicated portable gaming devices, but as we all know, gaming on our phones can sometimes prove to be a less than ideal experience.

The problem with gaming on regular phones

Battery life is one of the main issues, plus with prolonged gaming, our phones can start to get a bit hot which impacts battery life even further and also performance, which tends to suffer under heat. There is also the issue of optimization where due to the sheer variety of Android devices, it can be tricky trying to ensure games run perfectly on every single device.

The advantages of gaming phones

This is something that gaming smartphones have attempted to address by including larger than average batteries (for 2018 smartphones) and more extensive cooling systems (some of which can be found in certain high-end flagships, but not all). Companies such as NVIDIA have in the past attempted to launch a gaming store where they offer games specifically optimized for their devices, which is something that Razer is also attempting to tackle.

We’re also finding it very hard to ignore the Razer Phone’s beautiful 120Hz display which feels like a dream when you swipe on it. Xiaomi’s Black Shark 2 also boasts a display with a response time of 43.5ms.

There is also an emphasis placed on audio quality in terms of the speakers used, accompanying DAC, and audio technology, which even if you don’t game that often, it is a feature you might be able to appreciate while watching videos or listening to music.

Also, most gaming phones come with software features that boost the performance of your games by disabling background processes and notifications. Some even offer users the option to further customize how their devices perform, like changing the clock speeds, display resolution, and more. This means that gamers can choose to push their phones to its limits, or scale it back if they want to try and save battery.

Some gaming smartphones, such as the Nubia Red Magic and ASUS ROG Phone come with trigger buttons that provide additional tactility while gaming, something that gamers can probably appreciate since on-screen controls can sometimes be very finicky. Even when not used in gaming, these buttons could also act as macro buttons that can be remapped for other use, such as Samsung’s Bixby button.

There are a multitude of examples of this happening over the years: the concept of the smartphone which Palm had initially kicked off; or the dual camera which HTC was the first to introduce to smartphones (first with the Evo 3D and then again with the One M8); or Motorola launching a device back in 2011 with a fingerprint sensor; or how facial recognition on phones actually made its debut dating back to 2005 but only really became popular in the past few years.

It is possible that gaming smartphones are simply ahead of their time, or just like glasses-free 3D phones, they could just end up being a novelty. So while they do feel somewhat unnecessary, perhaps we should look at the larger picture and think towards the future. 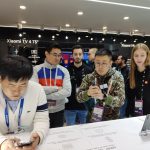 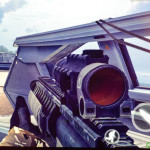 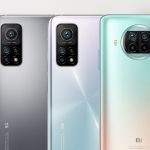 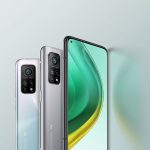