Don’t believe the hype: Oppo’s “10x lossless zoom” isn’t really what you think it is

Oppo recently announced a new camera system capable of what the company claims is “10x lossless zoom.” This crazy zoom is achieved using much more glass than a traditional smartphone camera, with a sideways oriented sensor and a prism bending the light sideways to get it through even more optics into the system. This acts a bit like a periscope to allow for more room for all the glass.

Not only is the technology behind this awesome, but the results shown off by Oppo and those lucky enough to play with the tech are impressive. The difference in focal length is huge, from a measly 16mm for the wide angle camera to a massive 160mm for the 10x zoom camera (with a standard camera around 28mm to round things out).

In a world where most manufacturers giving us a zoom lens are sticking with 2x zoom, and where Huawei gives us 3x zoom (and a digital “lossless” 5x zoom) on the Mate 20 Pro, getting 10x seems like an advancement both technologically and in terms of usability. 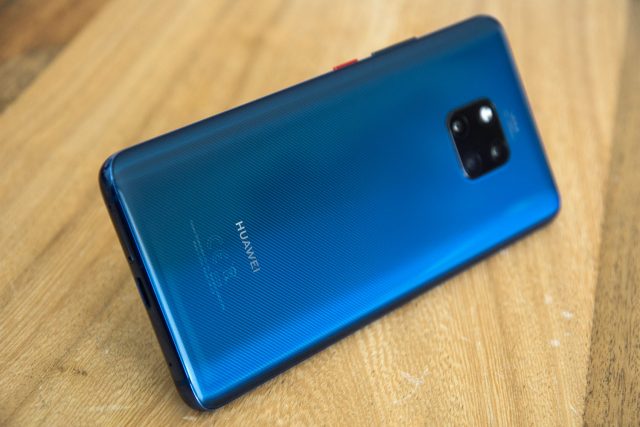 However, the “10x zoom” OPPO is touting is somewhat misleading. Technically true, but very misleading. The figures you see from Apple, Huawei, and Samsung for their zoom ratio come from comparing the standard camera to the zoom camera. This is how it’s traditionally done by everyone, in fact. Let’s use the Mate 20 Pro as an example. The main lens has a 27mm focal length, and this is what’s considered 1x. The telephoto lens has a focal length of 80mm, or about 3x the standard lens. That’s where the 3x figure comes from. The ultra wide lens is 16mm, which is around 0.6x the standard lens and that’s why you see “0.6x” when you enable the ultra wide camera.

Samsung does the same with the Galaxy S10 and its 26mm standard lens, 12mm wide angle lens (labeled as 0.5x in the camera app), and 52mm 2x telephoto lens. This is the standard, and Oppo has chosen to completely ignore it for the sake of marketing.

The 10x figure Oppo has come up with is not taking into account the zoom from the standard camera to the telephoto, but rather using the entire focal length range of the three cameras to get that inflated figure. The ultra wide angle lens is 16mm and the telephoto is an impressive 160mm, which gives you 10x zoom. But no one uses the ultra wide camera as a “standard” starting point. If Samsung did, the Galaxy S10 would have a 4.3x zoom. If Huawei did, the Mate 20 Pro would have a 5x zoom. And even those numbers are misleading, since Samsung’s wide angle lens is substantially wider than Huawei’s, inflating that zoom figure despite Huawei’s much longer focal length on the zoom lens (52mm vs 80mm).

We don’t know what focal length Oppo’s regular camera has, but it should be around the 28mm mark. If you measured optical zoom the regular way, you’d get a real zoom figure of about 5.7x. It really makes Huawei’s rumored 5x zoom camera on the P30 a lot more interesting, doesn’t it? If Huawei really does spring for 10x zoom on the P30 series like some rumors suggest, it’ll likely be the same fake 10x zoom as Oppo.

Now, marketing isn’t always honest, and Oppo is technically correct so the company isn’t lying. But people should know that they’re not getting five times the zoom of an iPhone or Galaxy S10, or three times the zoom of a Mate 20 Pro. Nonetheless, they ARE getting double the zoom of a Mate 20 Pro, and triple the zoom of any other device with a 2x telephoto lens. That’s impressive and we should not discount how cool this technology and its applications are. I praise Oppo for giving us what’s likely around 6x lossless zoom in a smartphone and I’d actually use it!

However, there’s another issue to consider. When you have such a big gap between the two cameras, you’ll likely be losing a lot of quality in the simulated focal lengths in between. Everything between 1x and 5.7x will be digital zoom. So if you want 2x or 3x zoom, which are far more likely to be used than 5.7x, that will be a messy digital crop from the standard sensor. How often will you really use the massive 5.7x zoom? And how often will you use 2x zoom? Unfortunately, your far more common 2x to 4x zoom photos will just be ruined and blurry. No one likes digital zoom.

When you get a Galaxy S10 or Mate 20 Pro, the hop between the 1x and 2x/3x cameras is a reasonable change in focal length. In fact, some may argue that it’s an ideal usable range. I’d wager than the hop between 1x and 5.7x is not very usable at all, and everything in between is just wasted. As amazing and advanced as Oppo’s “10x lossless zoom” hardware is, I’d still rather have a quality 3x zoom lens. And hey, if the wild periscope-like contraption could be added as a fourth lens, that would be ideal.

WhatsApp, the most popular messaging app on the planet, is finally getting a Dark Mode setting! While we’ve seen the same feature roll out to thousands of popular Android apps over the years, WhatsApp is finally jumping on board after Google’s full embrace of Dark Mode with the release of Android Q last fall. We …