Huawei announced a handful of new products at MWC, but the showstopper was the Huawei Mate X, the company’s first foldable-display smartphone. While Samsung beat Huawei to the punch by a few days, the Huawei Mate X may be a better-engineered phone than the Samsung Galaxy Fold.

The phone Huawei unveiled uses a completely different design approach, placing the foldable-display on the outside with a thin sidebar on the back of the device which houses the USB-C port, power button with fingerprint sensor, cameras and volume buttons. This means there is just one display (which folds around the front and back of the phone) and fewer cameras as well. The unique hinge mechanism features 100 components which allow the display to fold while eliminating any gaps while folded. Huawei’s also managed to dramatically reduce the thickness of the device when unfolded, resulting in a thickness of just 5.4mm compared to the 6.9mm of the Galaxy Fold. When the device is folded, it’s thickness increases to only 10.8mm while the Samsung Galaxy Fold is a massive 17mm. 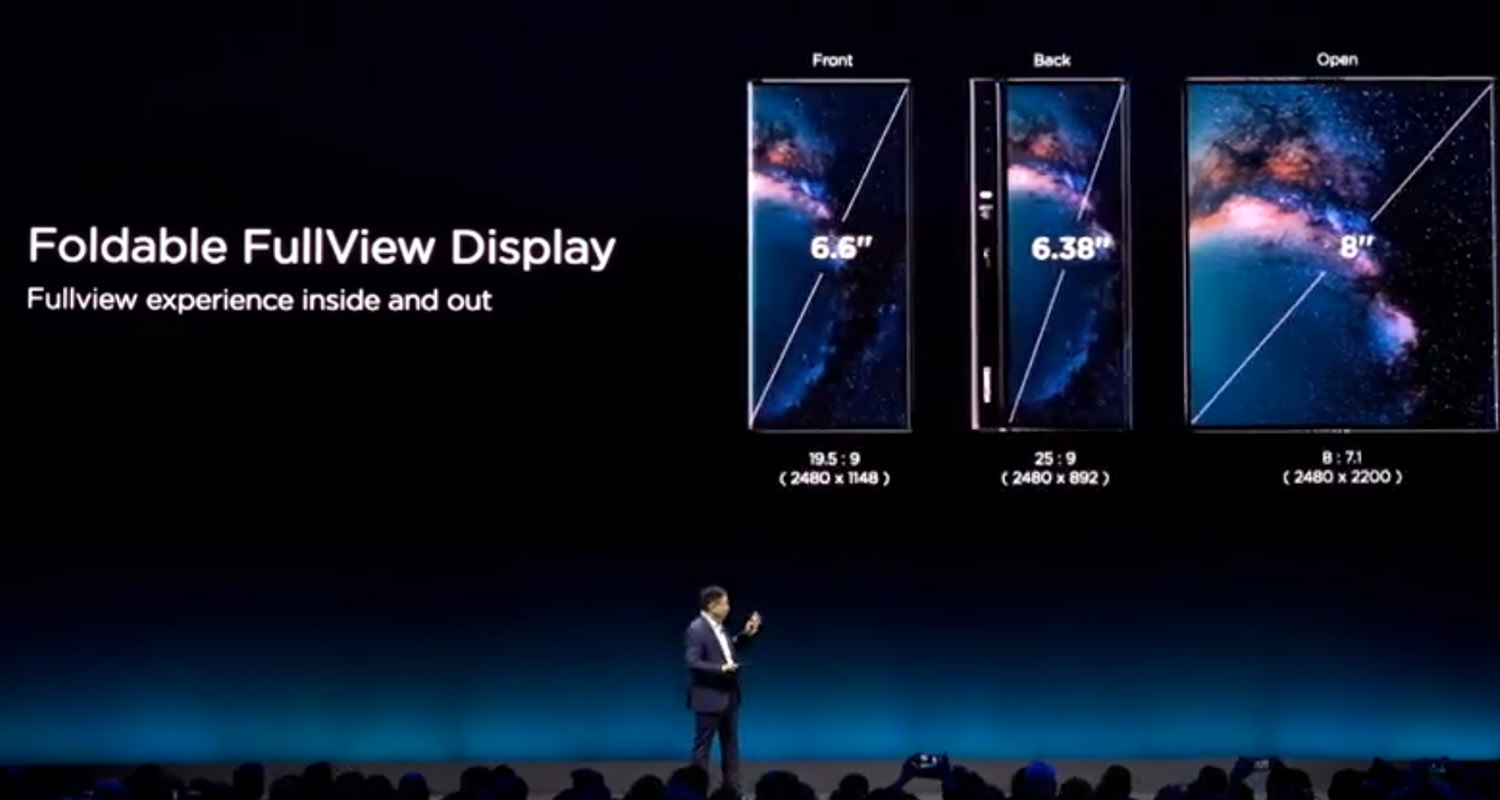 The Huawei Mate X is powered by the Kirin 980 Soc with Huawei’s new Balong 5000 5G modem which will allow download speeds of 4.5 Gbps, which is double the speed of Qualcomm’s X50 5G chip. The device will also feature 8GB of RAM and 512GB of internal storage. Huawei is also throwing in dual-SIM card support with its new nanoSD expandable storage. 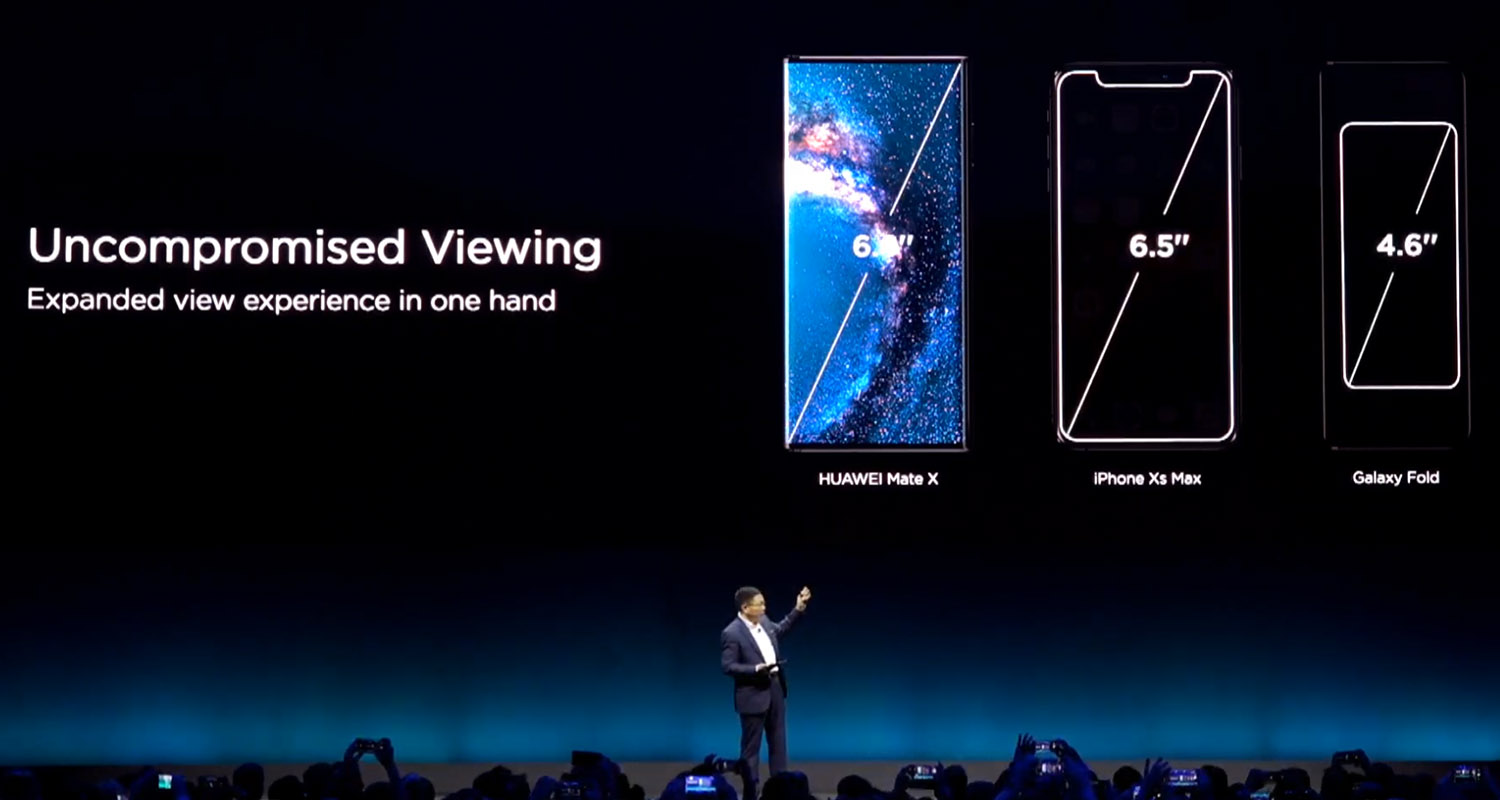 On the software front, the Huawei Mate X doesn’t seem to introduce anything revolutionary. Users will be able to use two Android applications side by side and the camera app will allow people to see themselves when you have someone taking a picture for you since the phone’s display wraps around the back.

The phone’s 4500 mAh battery isn’t necessarily that big for having such a large display, but it does support 55W fast charging which can deliver an 85% charge in 30 minutes, that’s 600% faster than the iPhone. The included charger actually goes up to 65W if you use it with Huawei MateBook devices. 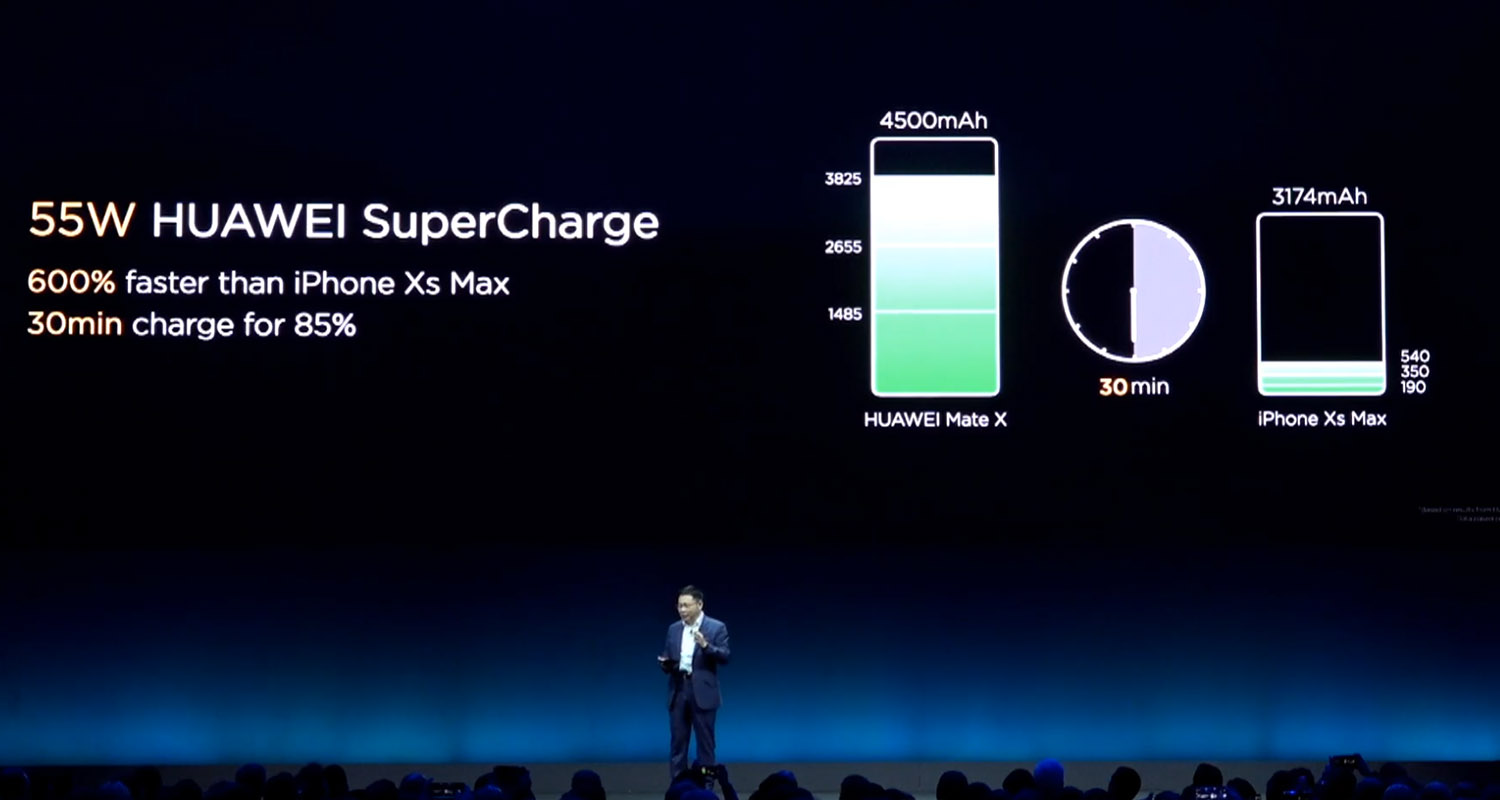 Unlike the Samsung Galaxy Fold, the Huawei Mate X isn’t quite ready to hit store shelves in the next month or two, but you won’t have to wait too long. Huawei is delivering the phone to its carrier partners very soon and plans to start selling the phone in June in several regions. Anyone looking to buy the Huawei Mate X will need to pay €2299. 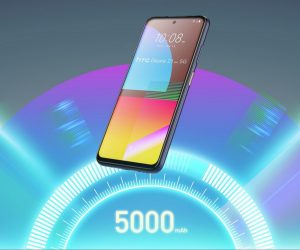