The Galaxy Watch Active is a new fitness device that blurs the line between smartwatch and fitness wearable. With a round, watch-like display, you’d be forgiven for thinking this was “just another smartwatch” but you’d be wrong. The Watch Active focuses on tracking your exercise, sleep, and stress levels in a thin and light design. It comes packed with health tracking activities and can auto-detect when you start a run, a bike ride, or when you jump on the elliptical. There are 39 modes in all which you can choose from manually. The Galaxy Watch Active also comes with popular third-party apps like Spotify and Under Amor and, of course, Samsung’s own personal assistant Bixby built in that allows you to send messages or make calls without touching your phone. The Galaxy Watch Active will pair with Android and iOS (version 9 and above) and will be available in the US starting March 8 for $199. Customers who pre-order the Watch Active from Samsung.com will receive a free Wireless Charging Pad. 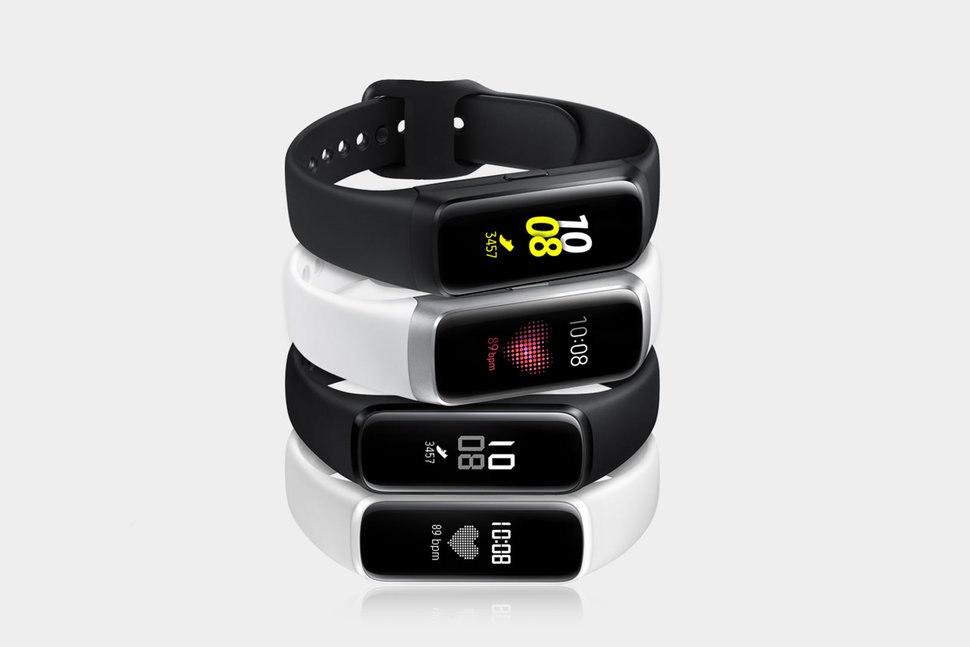 The second wearable for your wrist is the new Galaxy Fit. The Fit looks much more like you’d expect a fitness tracker and is the spiritual successor to the Gear Fit 2 from 2016. It features a 0.95-inch AMOLED display with a resolution of 240 x 120. It has 512 MB of RAM and 2 GB of storage, along with NFC, Bluetooth LE, and water resistance. On the tracking side, it has sleep tracking, a heart-rate sensor, accelerometer, and gyroscope with a week-long battery. We don’t yet have a price for the Galaxy Fit and Samsung says it’ll hit the market in the second quarter of 2019. 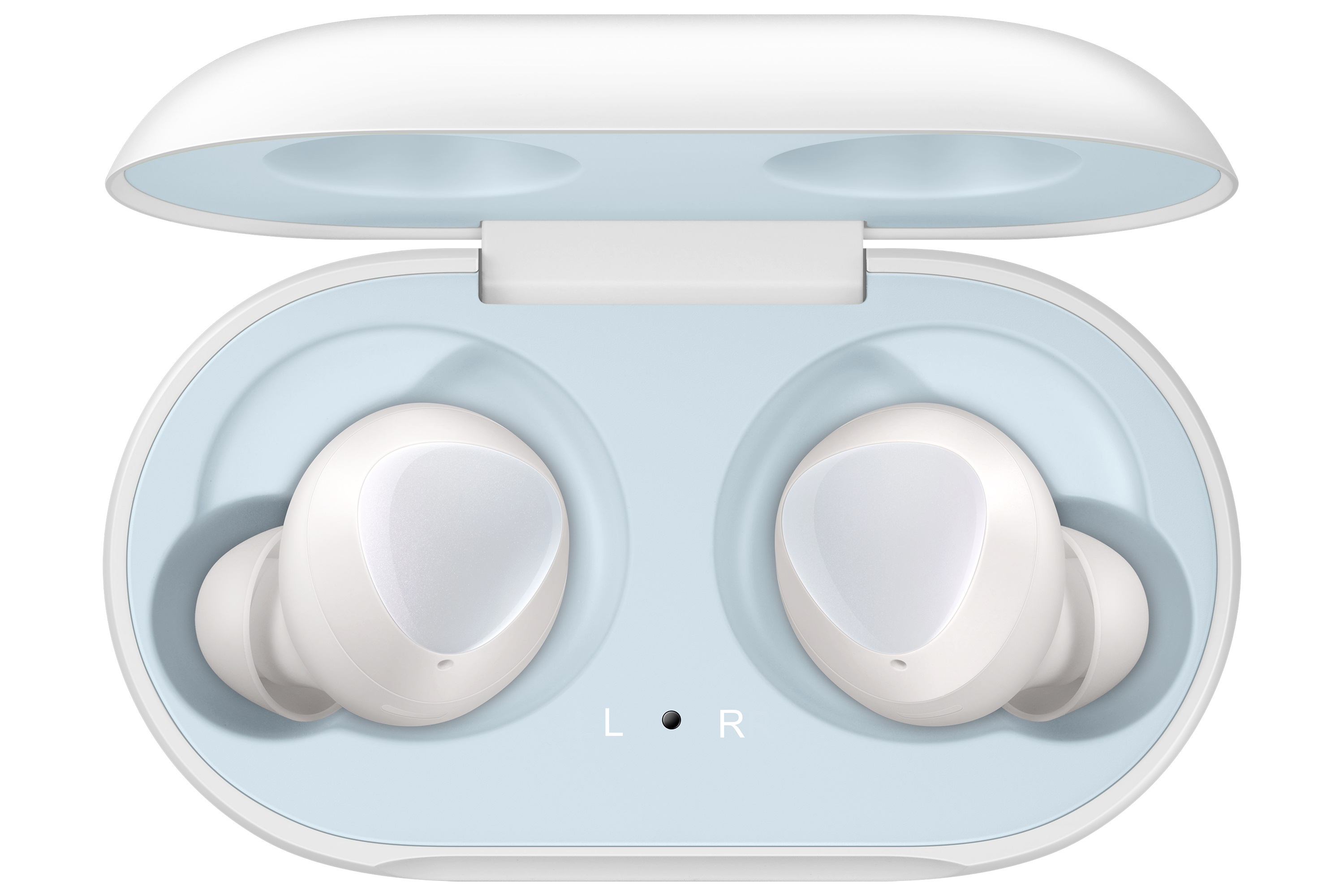 It seems like everyone has an Airpods competitor and Samsung is no different. The South Korean giant had been pushing its Gear Icon X, but now that is replaced by the Galaxy Buds, a new pair of truly wireless Bluetooth earbuds. And when they say truly wireless, they mean it– you don’t even need a wire to recharge these things! The charging case has wireless charging support and can be placed on the back of your brand new Samsung Galaxy S10 (or any wireless charger really) to be recharged. It’s a very cool feature but we can definitely see some issues here– luckily there is also a USB type-C port. 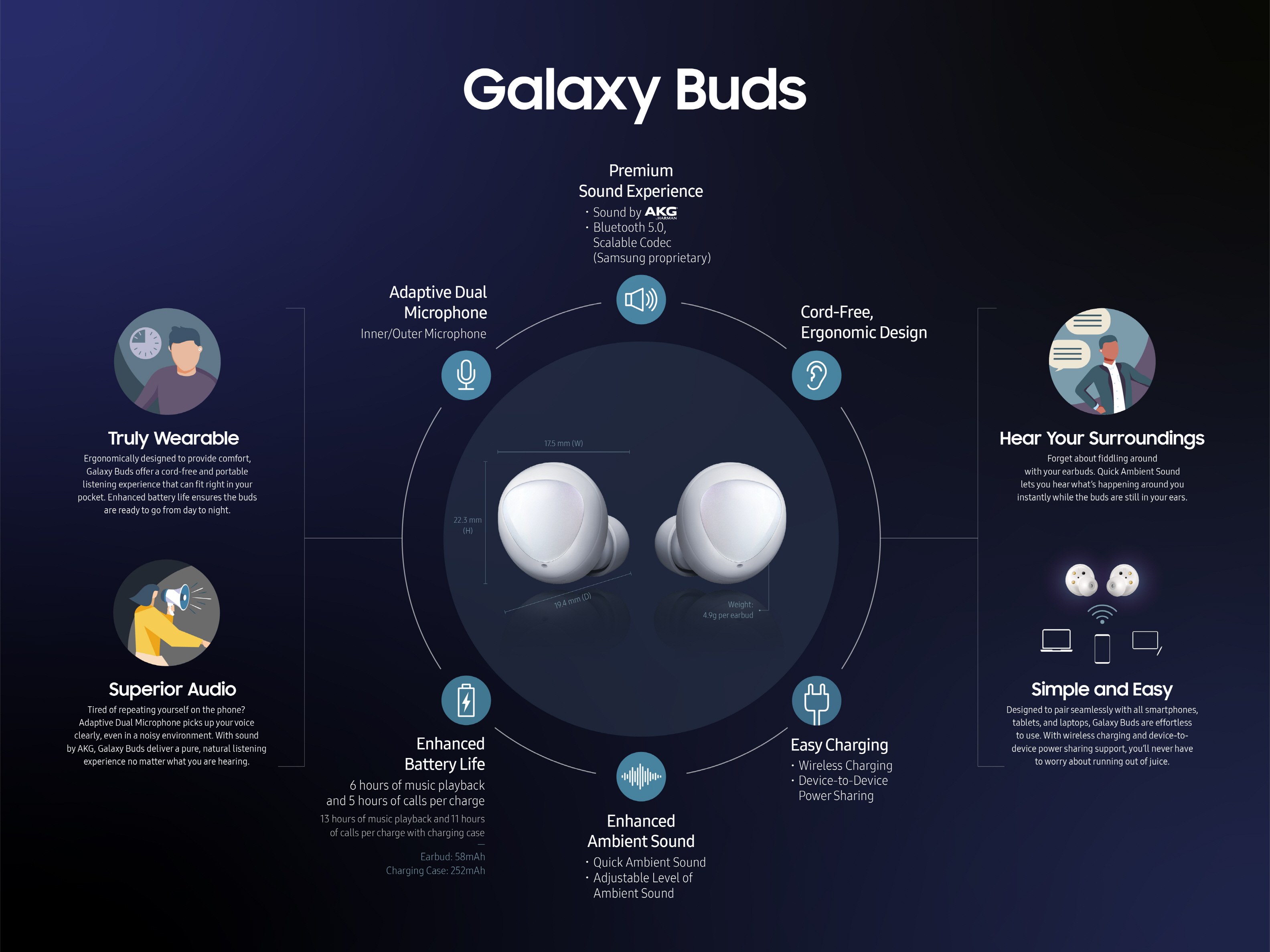 The buds also have dual microphones in each earbud. This will allow them to choose which microphone provides the best sound, one outside of your ear canal and one inside, for phone calls and audio recording. If it’s noisy, it can switch mics so your friends don’t have to listen to that noisy coffee shop you like to frequent. Battery life is another standout with up to five hours of phone calls and six hours of streaming music. The case holds a charge for up to seven hours and gives the Galaxy Buds over an hour and a half on a 15-minute quick charge. You can grab the Galaxy Buds for $129.99 on March 8, but if you pre-order a Galaxy S10 or Galaxy S10 Plus from Samsung.com, you’ll get a pair for free.