The new Palm is a surprisingly different Android smartphone

At long last, the new Palm has been officially unveiled. TCL purchased rights to the brand name a few years back, but it has taken the company quite a while to figure out what type of device its first Palm smartphone would be.

Rather than jumping in with all the other smartphones makers on the market to tackle the high-end smartphone segment, TCL is positioning the new Palm as a simple device for those who don’t want to carry around a massive device in their pocket all day long. The Palm features a diminutive 3.3-inch LCD display with a Qualcomm Snapdragon 435 SoC, 3GB of RAM, 32GB of storage, IP68 dust and water resistance, GPS< Bluetooth 4.2 and Gorilla Glass on the front and back. It runs Android 8.1, so you’ll be able to run pretty much any Android app you want on the phone, but you’ll likely be using it mainly to listen to music or make phone calls. 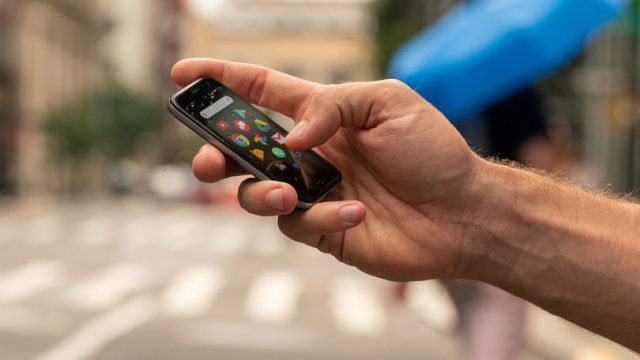 But the device does have a few other limitations. As of right now, it’ll be sold exclusively from Verizon as an add-on device for your current plan – similar to LTE-enabled smartphones. This means it will use Verizon’s NumberShare feature to replicate the phone number you use on your real smartphone so that you can throw the Palm in your pocket when you’re out on a hike, going for a bike ride or heading out for a night on the town and don’t want to worry about lugging around your Pixel 3.

Complicating the issue even further is the 800 mAh battery that’s sealed inside the Palm. The company claims only 8 hours of battery life on a single charge. If you want to extend the battery life of the Palm beyond that, you can activate its Life Mode feature which essentially puts the phone into airplane mode when the display is turned off. Doing this should extend the battery by a few days (depending on how often you turn on the display), but at that point, the device isn’t really that useful.

The Palm does have 12MP camera sensor on the back which can take decent shots in daylight and the front-facing camera does have a built-in face-unlock feature since there’s no fingerprint sensor on the phone.

The Palm will be available starting in November for $349.99. We’re not sure if it’s worth that much, but we do know that there are quite a few nostalgic Palm fans out there who will be more than happy to pay that price for a new Palm smartphone. Would you rather carry around the new Palm of wear a smartwatch on your wrist?