Today, the Pixel 3 and Pixel 3 XL were officially unveiled at the Made by Google launch event in New York City. As expected, the to phones matched up with pretty much every leak and rumor (save for those crazy Pixel Ultra rumors) we’ve shared over the past few months.

The hardware of the phone is pretty forgettable. Google’s didn’t talk mention the Pixel 3 XL’s notch besides saying that they were giving user more usable space at the top of the phone. On stage, they did mention the new technique used to create the two-tone all-glass panel which is shiny u top and matte and the bottom to reduce fingerprint smutches.

The Glass back of the phone also allows the phone to feature Qi wireless charging with the new Pixel Stand. While the stand itself isn’t much different than other Qi stands you can get for other Android and iOS devices, the Pixel 3 and Pixel 3 XL do feature a new UI while docked which gives you quick access to Google Assistant, larger display of album cover art while listening to music, an ambient display which lights up gradually before your morning alarm goes off and many of the same features built into Google Home Hub.

Naturally, the main attraction of Google’s new Pixel 3 phones is the camera experience. The pixel 3 and Pixel 3 XL both feature a new Pixel Visual Core chip which enables new features like Top Shot which continually captures images while the camera app is open and suggests which shot to save and Night Sight which will algorithmically decide how to light the scene in extremely low light situations so that you’ll never have to use the flash again.

The phones will also be getting new AI Emoji with new Avengers characters which interact with each other and you based on your movements and facial expressions. Google’s also promising that the new AI Emoji will be made available to older Pixel devices soon.

The front-facing stereo speakers of the Pixel 3 have also been upgraded and fine-tuned to deliver crisper audio that is 40% louder than what the Pixel 2 delivered. Based on what on our experience with last year’s phone, the Pixel 3 should offer the best smartphone speakers on the market. But it’s a bit of a disappointment since Google is still sticking with a USB-C connection for headphones over the traditional 3.5mm headphone jack.

With the purchase of the Pixel 3 or Pixel 3 XL, Google is also throwing in 6 months of YouTube Music for free. We expect Google wants to get as many users hooked to its subscription music service and keep the service going once their free period expires.

The Pixel phones will be the first devices which will use the company’s new Duplex feature which was introduced at Google IO earlier this year. Duplex is able to make reservations for you over the phone or answer calls for you with a new Call Screening capability. The call screening will answer incoming calls for you, ask who is calling and transcribe the conversation for you in real time. Google claimed that Pixel users who use Call Screening will never have to answer a telemarketer call ever again

Google announced that the Pixel 3 and Pixel 3 XL are available for pre-order starting today. The Pixel 3 is going for $799 while the larger Pixel 3 XL has a sticker price of $899. Pre-orders in the US will start shipping on October 18th in the US.

Pixel 3s are bricking and we don’t know why 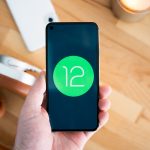 How to install Android 12 beta