HTC hasn’t been churning out as many phones as it used to, but the newest addition to the company’s lineup, the HTC U12 life, is more interesting than we expected. Clad with a two-tone acrylic glass panel on the back and a notch-less 6-inch FHD+ display up front, the HTC U12 life looks like it should sell for more than its £299 base price point. HTC is using a Qualcomm Snapdragon 636 SoC to power the phone, but the base model does come with 4GB of RAM and 64GB of storage. If you’re willing to pay a little bit more, you can get the HTC U12 life with 6GB of RAM and 128GB of storage. 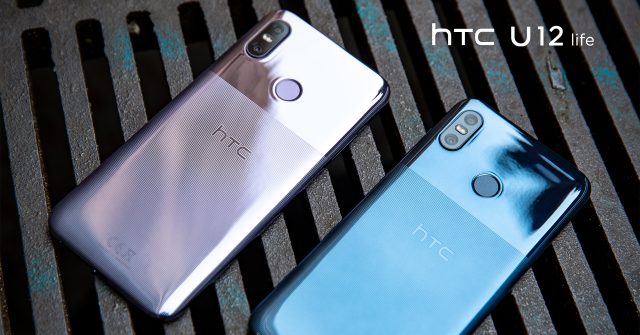 Of course, HTC did leave a few things out in order to keep the price of the HTC U12 life low. The company has chosen not to include Qualcomm’s Quick Charge feature and HTC’s Edge Sense technology didn’t make the cut either. There’s also no mention of HTC’s USonic headphones or BoomSound audio profiles for the speaker on the HTC U12 life.

HTC has not given an exact launch date for the HTC U12 life, but they did confirm that the phone will not be released in the US. The device will likely make its debut in Europe and Asia during the second half of September, but we’ll be sure you keep you updated on the exact retail launch dates once HTC makes them available.