Android Wear smartwatches aren’t extinct and CES 2018 is proving that. Out of seemingly nowhere, two new Android Wear devices were announced — one designed by Kate Spade and the other by Skagen — and they look to give consumers a few extra choices when it comes to the style of their smartwatch. You know, those that are still in the market for one. 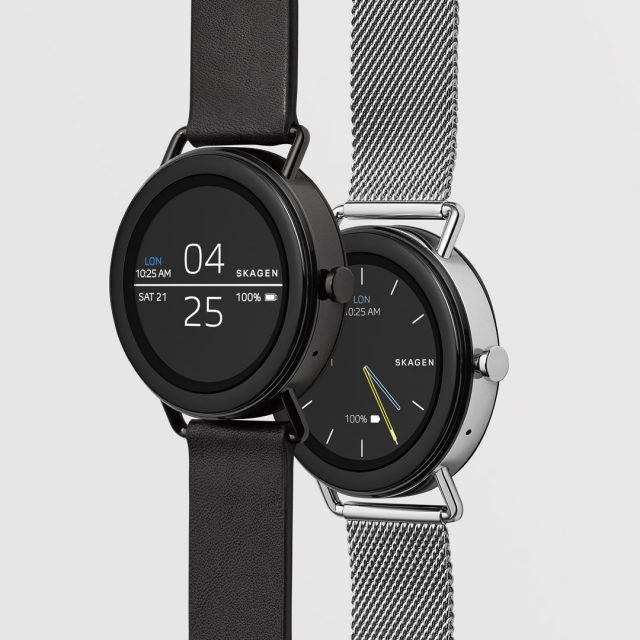 The Skagen Falster could be the most visually appealing Android Wear smartwatch yet. Featuring a minimal aesthetic, it’s pretty much the exact opposite of those chunky sports watches like the Huawei Watch 2. The Falster runs Android Wear 2.0 and features mostly the same specs as any other smartwatch these days. Notably absent is a heart rate monitor or GPS for fitness types and NFC for mobile payments. I also haven’t found word about a dedicated speaker, so you’ll still have to rely on your smartphone for calling or audio cues. You’ll find the Falster in a variety of colors (silver, black, rose gold) and priced at $275. Seems you’re mostly paying for the brand name and design — not much else.

It’s mostly the same story for the Kate Spade who is releasing it’s first touch screen smartwatch. The New York Scallop Touchscreen Smartwatch (yes, that’s its full name) is “unapologetically feminine,” carrying a floral rim around the watch face and more narrow 16mm watch bands. It’s thin, which should attract more buyers, but this comes at the cost of a heart rate monitor, GPS, and other features like NFC. It does run Android Wear 2.0, so there’s still plenty of apps to choose from, along with Kate Spade’s custom watch faces to match your outfit, it should help the device appeal to women looking for that sort of thing. The Kate Spade NWSTS will launch on Feb 5th for $295, with a metal watch band variant retailing at $325.

Both watches are being manufactured by Fossil who’s really been giving Android Wear smartwatches the ‘ol college try. You’ll find both watch available in the coming weeks.

via The Verge | Engadget