The LG V30 has been available for a few months after being announced back at the end of August, but now LG is trying to spark up some extra recognition with the release of the new “Raspberry Rose” color. The company issued a press release last night which stated that the new color variant would be introduced to the world at CES 2018. 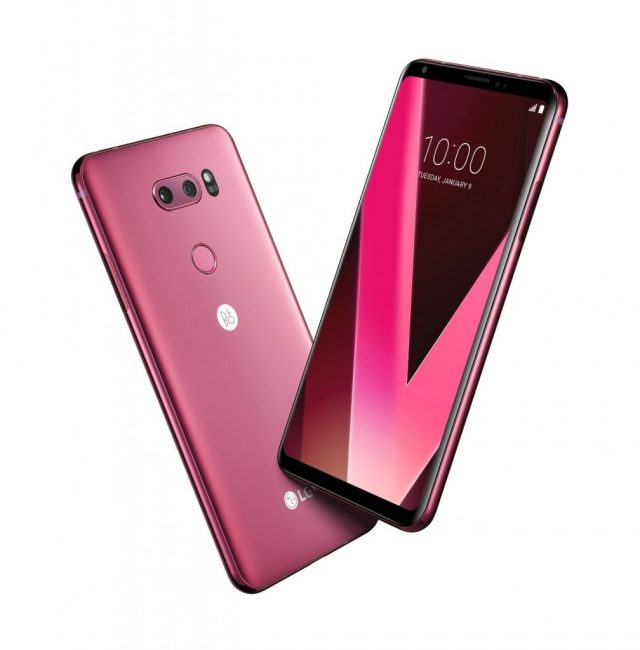 This new color variant will join the ranks of the Black Silver, Blue, and Violet options for those who have been toying with the idea of picking up an LG V30. However, it seems that this won’t be coming to the US anytime soon as LG states the color will be made available in Korea shortly after CES, then rolling out to “key markets” in Europe and Asia.

As a reminder the LG V30 features a 6-inch display with an aspect ratio of 18:9, while being powered by the Snapdragon 835 chipset and 4GB of RAM. This has been coupled with either 64GB or 128GB of internal storage, while LG has also included a microSD card slot for storage expansion.

Hopefully, LG decides to bring this Raspberry Rose variant of the V30 to the US, although it’s not really all that appealing to myself. But hey, more options are better, right?