The iPhone 8 Plus supplants the Pixel as DxOMark’s best camera, but does it matter?

The new iPhone 8 and 8 Plus are officially available for purchase beginning today, and with the official release, DxOMark has published its camera reviews for the devices. The camera review found that the iPhone 8 Plus deserves a score of 94 out of 100, which supplanted Google’s Pixel and the HTC U11 as the best mobile camera available.

But, a few eyebrows have been raised in the last few weeks/months regarding the DxOMark findings. The first big question that was asked for the last year surrounded the iPhone 7 Plus which launched around this time last year. However, DxOMark never provided any reviews of the latest iPhone, even after newer devices were released. 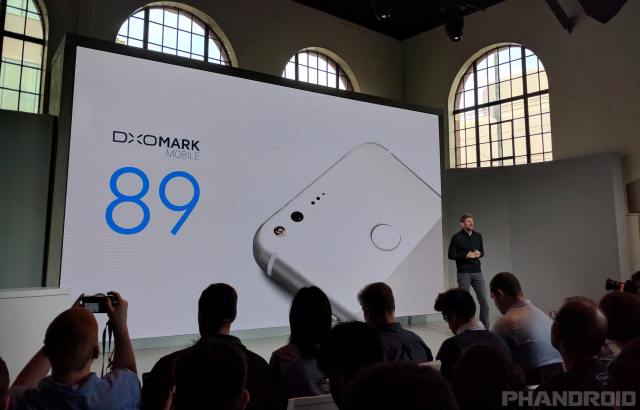 When the Pixel was launched a month later, DxOMark was quick to rate that camera, and Google even made a point to mention the review during its Pixel announcement. At the time, the Pixel received a score of 89 out of 100, marking the highest score ever given for a smartphone.

Since then, the Pixel still ranked above the likes of the Samsung Galaxy S8, LG G6, and other devices on the market, but the iPhone 7 Plus was still left off the list. Fast forward to the OnePlus 5. OnePlus announced it was working with DxOMark to improve the camera for its latest flagship. It garnered “only” an 87 which raised a few more eyebrows.

Earlier this month DxOMark released a statement claiming that it had updated its camera test protocol for mobile devices, and FINALLY included the iPhone 7 Plus in its rankings. After the protocol had been updated, the Pixel shared the top spot with the HTC U11, which had previously supplanted the Pixel for the top camera.

Now, what would be so important that DxOMark felt the need to revamp its review protocol while continuing to leave out one of the most popular smartphones of the year? According to the blog post from DxOMark, the new testing now includes the following:

Outside of the jibber jabber of specific camera features, a big revamp was actually necessary to account for dual-camera performance on mobile devices. Plus, the team was still using the same review protocols for the past few years, while mobile cameras have been improving at an amazingly fast rate. 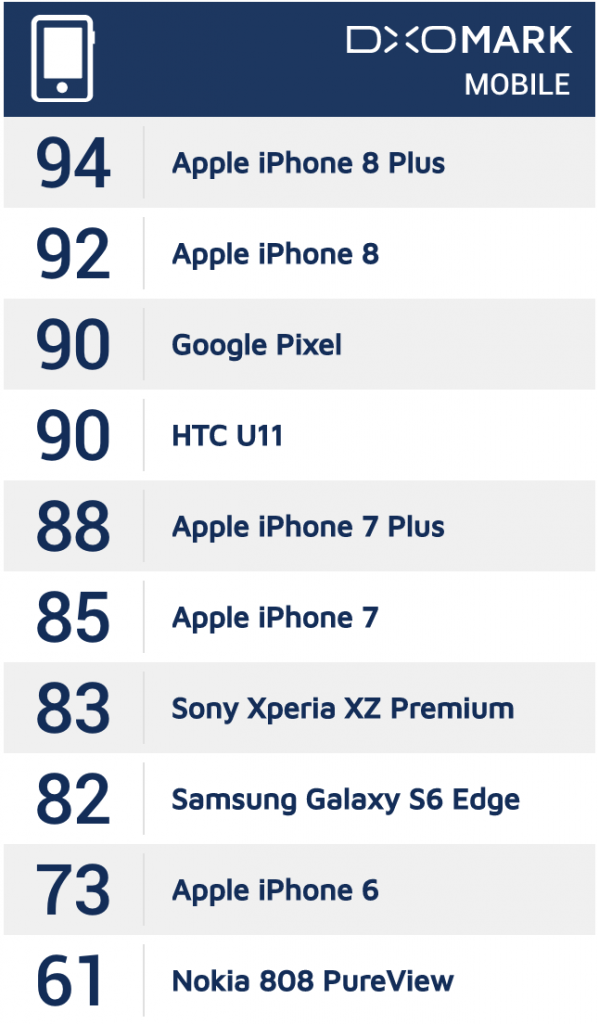 So all of that brings us to today, where the iPhone 8 Plus has been rated by DxOMark and has firmly taken over the “best camera” rated. The 8 Plus received a 94, while the standard iPhone 8 scored a 90 out 100, moving the Pixel and HTC U11 down to tied for 3rd place.

DxOMark claims that the 8 Plus is “best smartphone camera we’ve ever tested”, but does that really matter anymore? It honestly seems like these rankings are arbitrary at this point, and may even show that the company is playing favorites considering the late review of the iPhone 7 Plus as it would have replaced the Pixel last year. 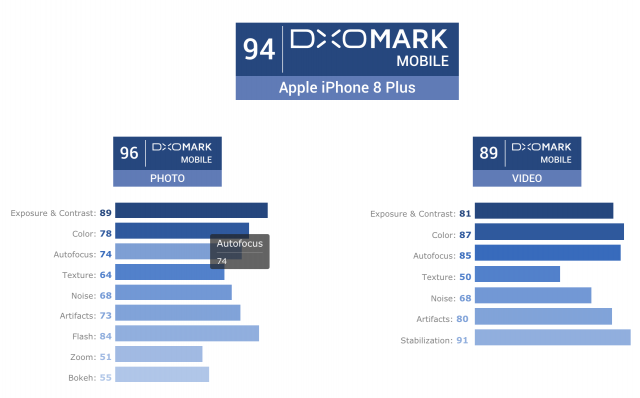 This isn’t to say that the iPhone 8 Plus isn’t actually the better camera, and doesn’t provide better results than the other options. However, the moves being made by DxOMark over the past few months have definitely raised some eyebrows and left me with some questions.

But at the end of the day, all that matters is whether you, the consumer, actually trust the reviews presented by DxOMark. So, here’s your chance to let us know; does it? Sound off in the comments below and be sure to let us know what you think about the DxOMark rankings and if these are something that you take into consideration when looking at a new smartphone.

I know I’ll be waiting to see how DxOMark ranks the Pixel 2, then that will really give me an idea as to where DxOMark stands.