Pokemon GO is celebrating its first anniversary with a handful of events taking place around the globe. Niantic hasn’t been shy about their plans to have “events” take place in Pokemon GO, but up until now nobody was sure (not even Niantic) exactly how they’d work.

Detailing the events on their official Pokemon GO updates page, Niantic says that over the course of the next few moths, users can look forward to events taking place all of the world, the first of which will take place Saturday, July 22 in Grant Park, Chicago. Not local to Chicago? Niantic promises that all users will be able to participate in global challenge with those at the Chicago event, where you’ll have the opportunity to unlock some pretty nice rewards from the event.

So what’s the Chicago event all about? Well, apparently there will be three Challenge Windows in which anyone can participate in alongside fellow users in Chicago. Those in Grant Park will have to unlock perks for everyone by catching specific types of Pokemon, with each type tied to a specific perk. Reduced egg hatches and Stardust bonuses are just a few of the perks that will be available.

Those outside of Chicago will have to catch as many Pokemon as possible during the Challenge Windows to extend the duration of the perks unlocked and if worldwide users catch enough Pokemon, a special mystery challenge will be revealed locally in Grant Park. Once completed, the extra-special bonus will be unlocked for everyone around the world. So it’s definitely the more, the merrier. 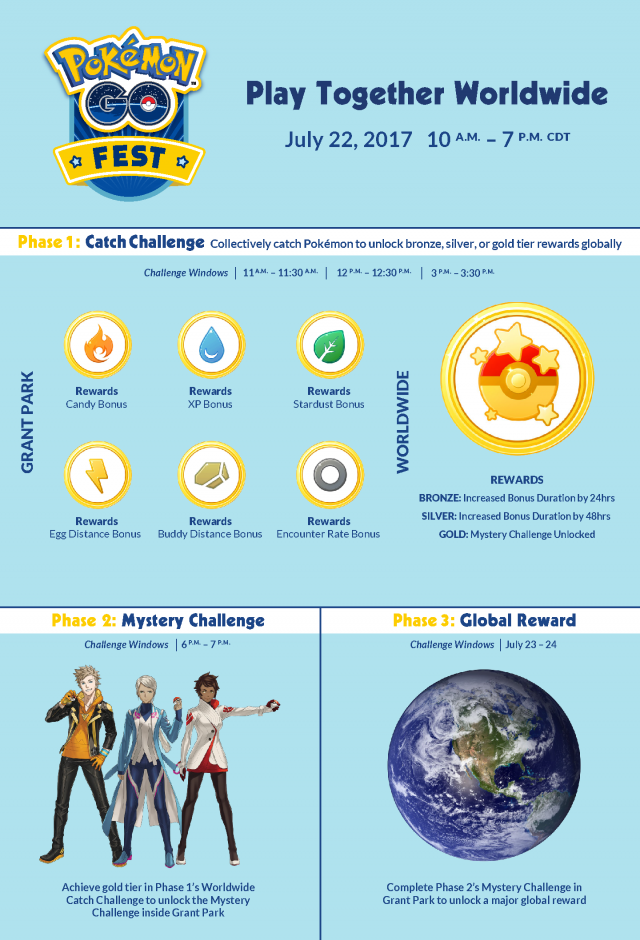 Looking ahead, Niantic will holding Safari Zone Events in Europe at select Unibail-Rodamco shopping centers during the months of August and September. During this time, users will be able to catch a wider range of Pokemon — some that have never before been seen in Europe — as well as participate in special Raid Boss battles. The dates are as follows:

There’s also a special Pikachu Outbreak event taking place in Yokohama, Japan, from August 9–15th. The event will have a special “Pokémon GO experience,” although details about exactly what that entails wasn’t revealed.

Those looking to stay up to date with all the Pokemon GO events can visit their new Events page here. 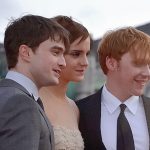 Niantic's next AR game is based on Harry Potter