If you’re looking to pick up a new Pixel or Pixel XL from yourself through Swappa, you may end up with a blacklisted device. One such case has arisen after a device was purchased through Swappa after it was previously activated through Project Fi.

The saga began after the device was purchased and the new owner attempted to activate the device on T-Mobile. T-Mobile confirmed that the devices IMEI had been blacklisted, meaning that it had been reported as stolen from somewhere. However, the kicker here is that T-Mobile did not do the blacklisting of the device. 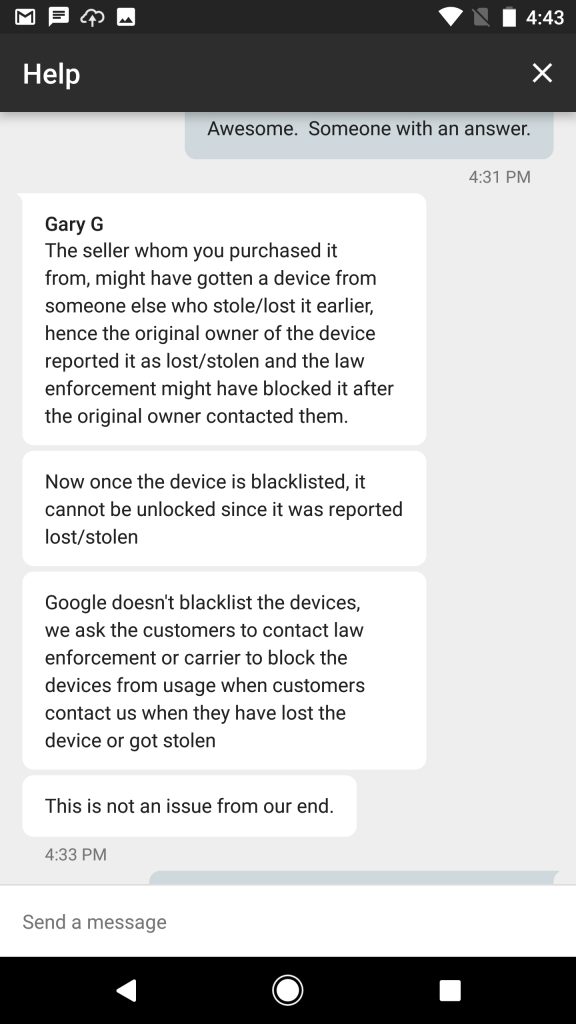 Unfortunately, there was no luck on that front either, as nobody could give the owner of a device a real explanation as to what happened and what the Pixel XL was blacklisted. The latest update on the story shows that Google has changed its tune and confirmed that it actually was blacklisted, but that nothing could be done since it was reported as lost or stolen.

The issues are still ongoing and it seems that Swappa is attempting to help in whatever capacity it can. However, since it remains unresolved, wanted to give everyone a heads up to be careful when purchasing devices that were purchased through Project Fi.

Have you run into issues similar to these? Let us know in the comments and we’ll be sure to keep everyone updated on what happens.