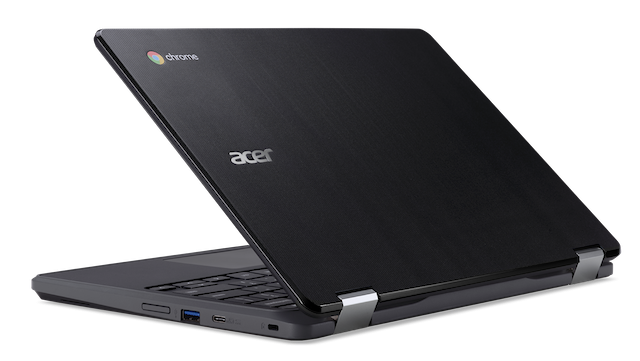 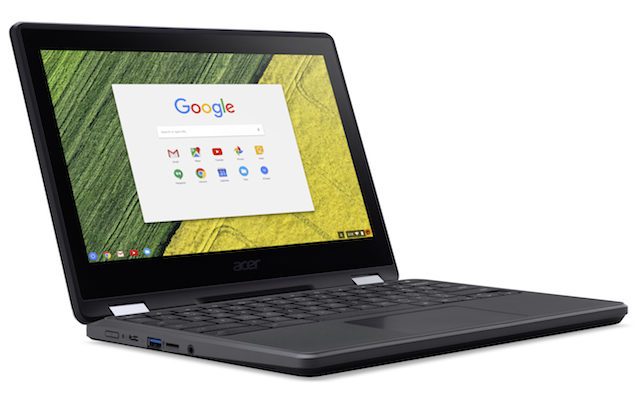 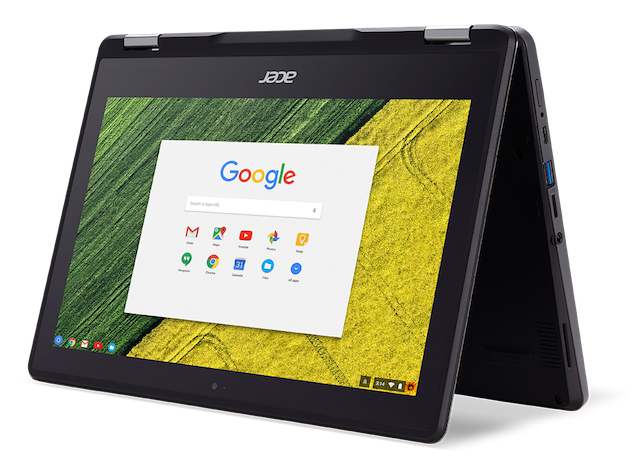 The Acer Chromebook Spin 11 is the first of these and features an 11-inch IPS touchscreen display. As you would expect from the name, the display can “spin” around and offers a 360-degree hinge, making it easy to turn the display into a tablet if need be.

The Spin 11 also includes Wacom EMR technology which allows students and teachers to draw and take notes with a stylus. In terms of being able to use Skype for video calls the Spin 11 includes a 720p webcam, along with a 5MP front-facing camera which rests above the keyboard.

As for the rest of the specs, the Spin 11 features an Intel Celeron processor, up to 8GB of RAM, and 32GB or 64GB of flash storage. Finally, the Spin 11 includes 2 USB Type-C ports on both sides, as well as a microSD card reader. 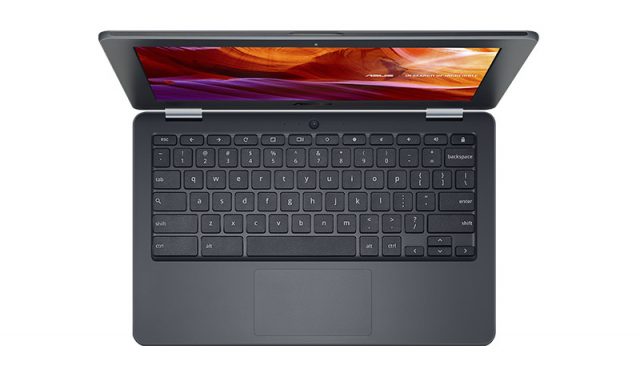 The 2nd Chromebook announced today was the ASUS C213. Unlike Acer, ASUS did not share as many details regarding this newest Chromebook. The device also features a 2-in-1 tablet design, and USB Type-C.

At the BETT event, Google stated that both the Spin 11 and C213 would feature the Play Store once released. Both options will also include stylus accessories, but it was not shared whether these will be included once they are made available.

Pricing information was not shared regarding either the Spin 11 or C213, however Google did claim these would be coming to the market sometime this Spring.